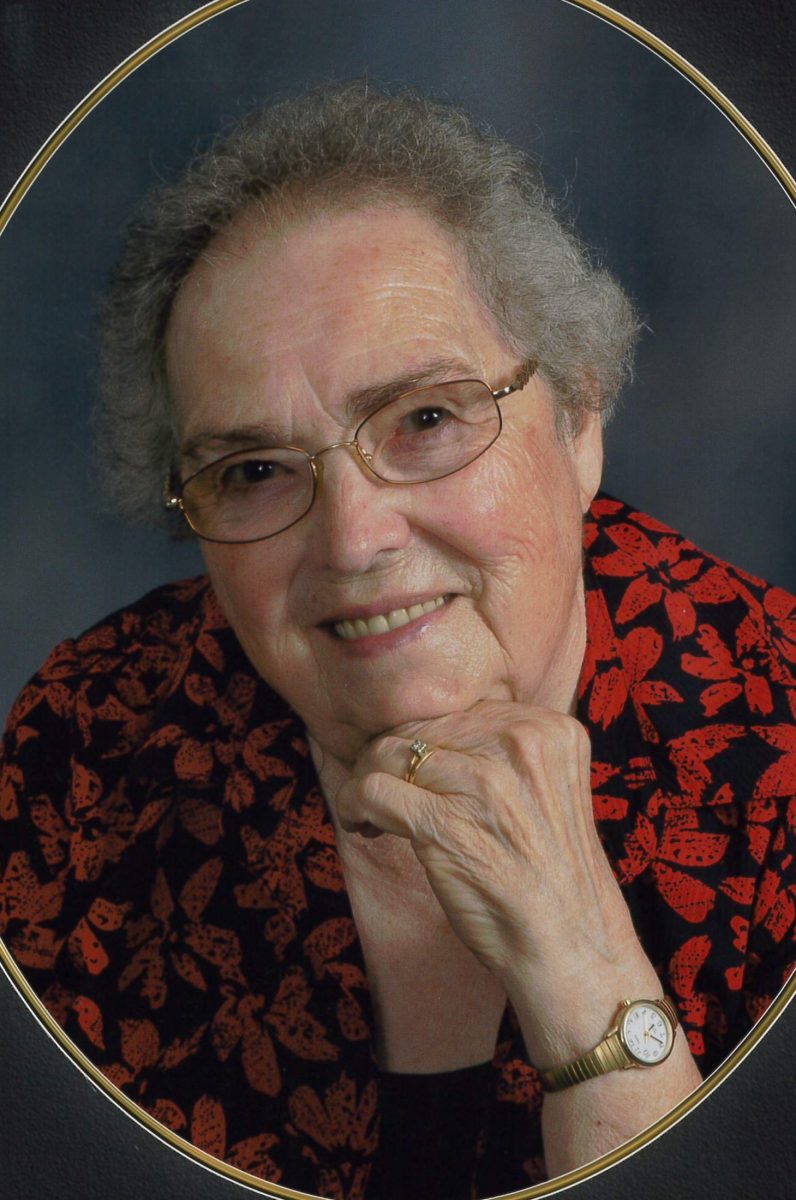 (Amelia) Jeanne (Hayes) Strader passed away on Wednesday, October 20, at home. She was born on June 11, 1928, in Kemp, IL. She was 93 years young. Her parents were Carter Alfred and Clara Sabina (Wright) Hayes.

Jeanne married Allen Clifford Strader on January 28, 1947, in New Bern, NC. He preceded her in death in January 2002. Jeanne and Allen had six children: Joella (Jerry) Glenn of Diamond, IL; Janet (Bill) Nacke of Filson, IL; Carter Strader of Stephens City, VA; Jeannine (Rodney) Bertsch of St. Charles, MO; Joy (Mike) Tuttle of Springfield, IL; and Jaye Roberts of Kemp, IL. They have 10 grandchildren, Jeff and Jared, Tracey, Nicki, and Cory, Holly and Brandon, Lori and Erin and Allen; and 11 great-grandchildren, Juleigh, Bailey, Mackenzie and Keaton, Tessa, Owen and Silas, Meredith and Leah and Linus and Violet. She is survived by numerous nieces and nephews, and several brothers and sisters-in-laws.

Jeanne was preceded in death by her parents; a daughter, Joella Glenn; a grandson, CPL Allen Roberts; a brother, Edwin Hayes; a sister, Sabina (Hayes) Strader; and a daughter-in-law, Paula Strader.

Jeanne attended Kemp Grade School and graduated from Hindsboro High School in 1946. She and Allen lived in Cherry Point, NC for several years while he served in the Marine Corps. Two children were born there. They returned to Illinois and put down roots where they both grew up. Four more children followed: two born at home, and two born at Tuscola Jarman Hospital.

Jeanne and Allen remained lifelong members of the Kemp and Hindsboro community. Eventually, Jeanne worked alongside her parents and Uncle to run and operate the Hayes Brothers store in Kemp. After her parents and Uncle passed away, she ran the store alone for many years. Everyone in the surrounding area had a connection to the store, whether it was buying boots in the basement, selling eggs to be candled, stopping by for groceries, or just to grab a sandwich. Jeanne truly loved her connection to the community and made lifelong friends of her customers. The Kemp “kids” have fond memories of the store and always made a point of reaching out to Jeanne when they saw her and reminisced about the old days.

With five daughters, Jeanne became an excellent seamstress, often stitching and hemming Easter dresses as they drove to church on Easter Sunday. She sewed formals and dresses and everything in between. In later years she became an accomplished quilter, a passion she shared with her daughter, Joella, and sister, Sabina.

As a mother of six children, Jeanne knew her way around a kitchen and meal prepping. The family raised cattle and showed them at numerous county fairs around Illinois for many years. Jeanne would put in hours at the Kemp Store and then come home to prepare a delicious tailgate meal for the family at the fairgrounds. Fresh produce from the huge garden they grew every summer and fried chicken or pot roast were the standard fare.

Both Allen and Jeanne were avid readers, and they instilled the love of reading in their children. They were involved with 4-H and youth activities through their church and attended all sporting events their children participated in and, years later, attended many of their grandchildren’s sporting events. Jeanne became a lifelong, die-hard Cubs fan. While working at the store, they listened to the games on the radio. Her family was thrilled that she was able to see her beloved Cubs win a World Series. Over the years, she took a lot of good-natured ribbing from the local St. Louis Cardinal fans…all in good fun.

Jeanne was a member of the Walnut Grove Christian Church for over 70 years and considered the members there her extended family. She loved to travel, and her destinations typically involved visiting relatives and friends.

Jeanne was a beloved wife, mother, daughter, sister, grandmother, Aunt, and a dear friend to many that grew to love her through her work at the store and membership at her church, and in the community.

Memorials may be made to the Arcola Foundation for the Allen Roberts Scholarship Fund, Walnut Grove Christian Church or the Hindsboro Fire Department.