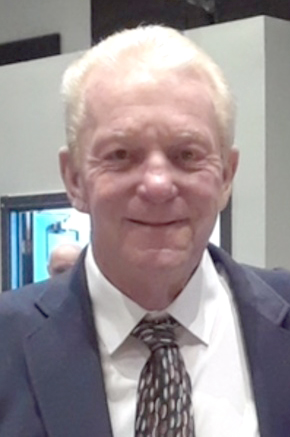 Graveside services with Military Rites will be held at 11:00 a.m. Monday, October 25, 2021 at the Mackville Cemetery, Atwood, IL. Hilligoss Shrader Funeral Home, Atwood, IL is assisting the family with the arrangements.

Ray served in the US Army from 1962 to 1965, serving 8 months in South East Asia. Ray returned to the Decatur area after the service and worked at Borg Warner, International Truck and started at Caterpillar in September of 1969. He was a member of the UAW Local 751. While at Caterpillar he was elected Stewart from 1970-1972, Chief Stewart from 1972-1974, bargaining Grievance Committeeman from 1974-1978 and Chairman of the Bargaining Committee from 1978-1985.

In March 1985, he went on staff with the United Auto Workers (UAW) in Detroit, MI. Ray served as an international arbitrator assigned to the Agriculture Dept. by Vice President Bill Casstevens. While there he also worked for Vice President Richard Shoemaker. Ray serviced Caterpillar in negotiations and arbitration. Ray retired from the UAW in December 1999. He loved the Union.

After retiring he and his great companion and wife, Joyce, moved back to central Illinois and traveled across the United States in a motor home. Ray loved to travel.

A special thank you to Shari Sidener for all of her support and love. The family wants to also thank Barnes Washington University, Pana Hospital, Shelbyville Manor, AdvaCare and Traditions Health Care for all of their kindness and care.

Memorial contributions may be made to Barnes Jewish Hospital Lung Patient Fund or the Monticello VFW.