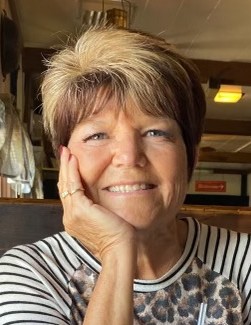 Debbie was born on March 2, 1954 in Whidbey Island, WA. She was a daughter of William Charles and Joyce E. (Tohill) Miller. She married David C. Tiffan on February 12, 2010 in Las Vegas, NV.

She was preceded in death by her father, William Charles Miller, and stepfather, Billy K. Stephenson.

Debbie attended the United Church of Atwood. She was a member of the Arthur Women’s Club, Atwood Lions Club and had served as an EMT in Atwood.

Debbie graduated from Atwood High School in 1972. She attended beauty school and operated a beauty shop from her home for many years as well as operated a craft store in Atwood called Country Ruffle all the while attending the duties of being a farmer’s wife. Debbie retired from Ameren Illinois after 20 years of service.

Debbie enjoyed crafting, creating, shopping, working in her flower shop, caring for others, going to races, but most of all spending time with her family.

Memorials may be made to the United Church of Atwood.