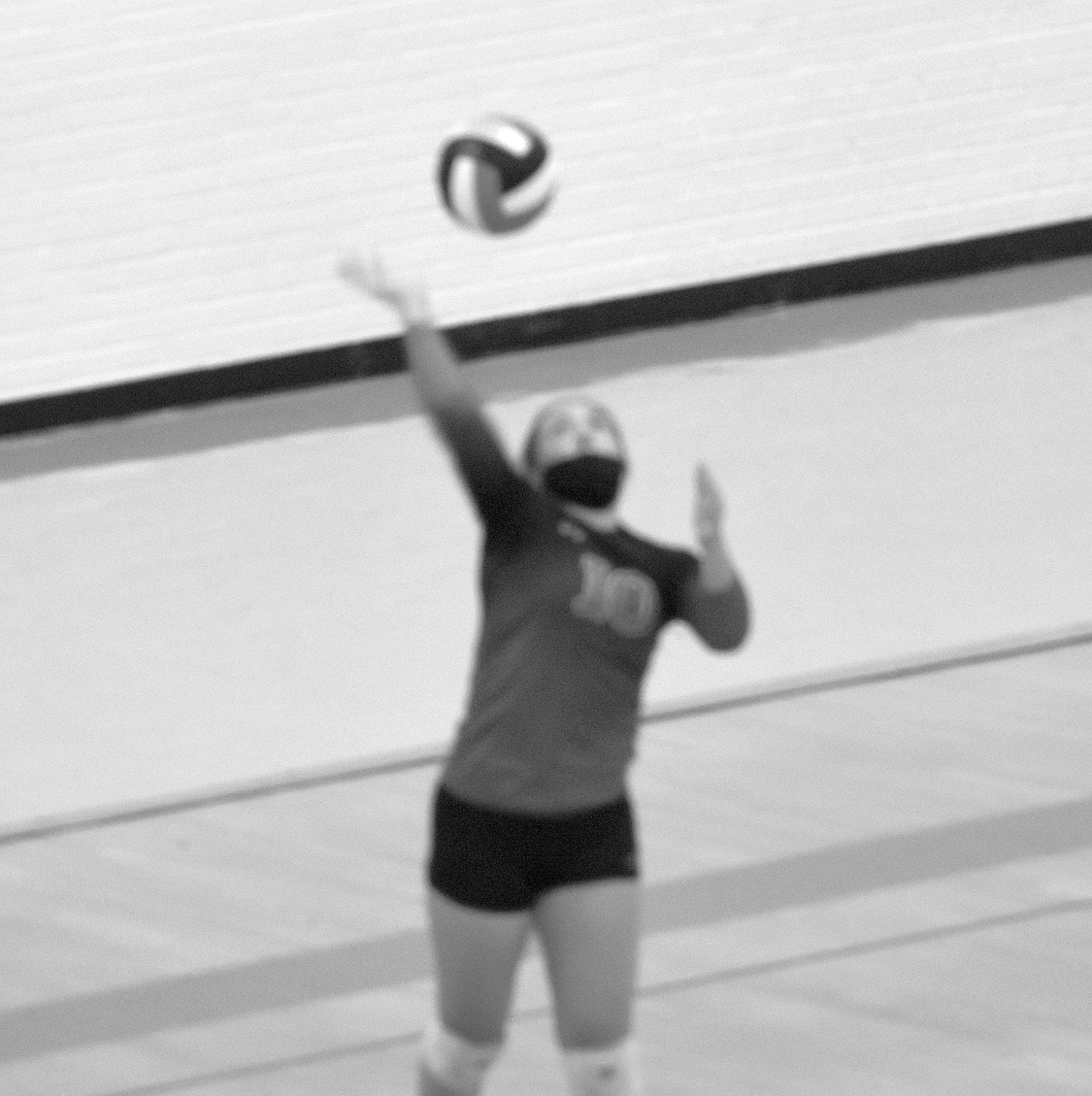 Peyton Courson goes to serve in a 2-1 loss against Mahomet-Seymour at home on October 5.

The Mt. Zion volleyball team lost a close 2-1 in an Apollo Conference match at home against Mahomet-Seymour.

The Braves lost the first set 25-13, but regained their strength in the second set. The Braves started with their defense as Hannah Sago recorded two blocks and then recorded a kill to give the Braves a 5-3 lead.

Later in the second set, the Braves built on their lead off two failed Bulldogs’ returns, a Bracie Barnes block, an Alexis Smith ace and a Denver Anderson kill to give them an 11-6 lead.

Anderson provided the Braves support in a later run. Anderson scored a kill And recorded a block and Macie Flemming served an ace to give the Braves a 17-10 lead.

The Braves extended their lead to 23-17 after ending Bulldogs’ run with a Barnes’ kill. The Bulldogs narrowed the Braves’ lead to 24-21, but Sago stepped up for the Braves and nailed a kill to give them a 25-21 set.

“I thought we came out really slow in the first set but in the second two sets I thought we played some of our best volleyball,” Head coach Traci Dyer-Townsend said. “We were all in it, our serves killed it, being consistent with our serves and getting aggressive serves and acesi think changes the game and rattles a team. That’s something we’ve been really working on focusing on that consistency and so they showed that tonight and I think we just all brought it, our bench was excited our core just turned it up and

It was good to see. Obviously we didn’t win, which was disappointing, but they just rattled us a little bit there in the end. But we’re building and getting better and today we saw that.”

In the third set, the Braves and Bulldogs went back and forth. The Braves started to pull away early when Smith served an ace and Anderson recorded a kill to give the Braves a 9-5 lead.

The Bulldogs erased that lead and then erased a 13-9 lead to make the score 14-13. Anderson recorded a block and Smith a kill to give the Braves a 16-13 lead. The Bulldogs tied the game at 16-16 when Mahomet-Seymour’s Grace Rodebaugh recorded a kill.

The Braves went on a 5-1 run, but the Bulldogs countered to tie the game at 22-22. The Bulldogs gained the lead with an Avery Allen kill, but Flemming answered back with her own kill for the Braves to make the score 23-23. Sophie Zerouki recorded a kill and an out of bounds return gave the Bulldogs a 25-23 set and a 2-1 win.

“I told them to keep their heads up,” Coach Townsend said. “We’re getting better everyday and every game and by the end of the season, we’re gonna be a different team than we started with. Going into regionals that’s exactly what I want.”

Going into the next week, Coach Townsend said there is still work to be done particularly on offense.

“I think we still got some work to do with our hitters and getting consistent,” Coach Townsend said. “We have some young hitters and veteran hitters. So getting them on the same page and just building our offense to be able to execute a little bit better, I think is going to help us.

We have great defense. So that’s kind of been our rock. So we just need to keep continuing to get that consistency on offense.”

This week the Mt. Zion volleyball team plays Lincoln on the road and Taylorville at home. Both varsity games start at 7 p.m. 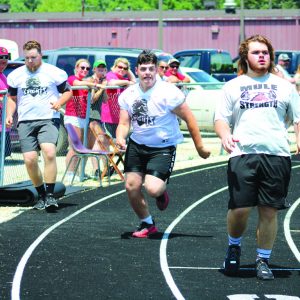 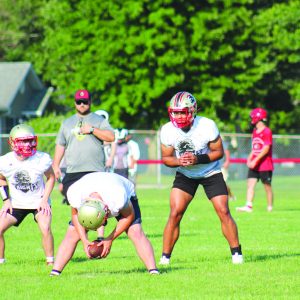