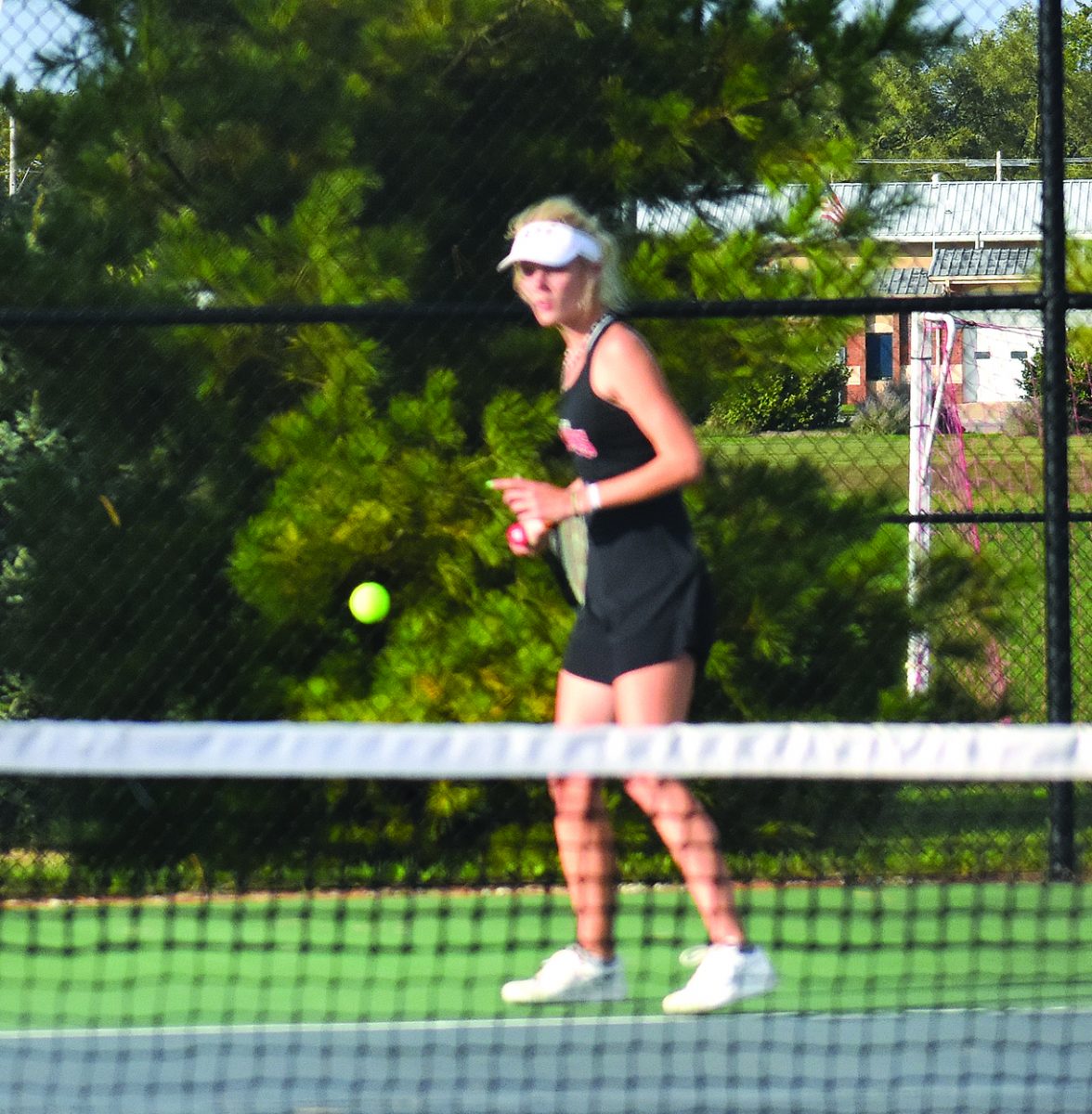 Angelina Henderson makes a return at the Apollo Conference Meet in Mt. Zion on October 4.

The Mt. Zion girls tennis team finished third in the Apollo Conference meet last week. Three of the team members made it to a championship match.

At the No. 4 singles slot, Mt. Zion’s Peyton Schroeder defeated Matton’s Avery Boyer and Mahomet-Seymour’s Sophia Slupski to advance to the final. In the final, Schroeder faced Effingham’s Aila Woomer and lost in two sets with scores of 7-5 and 6-2.