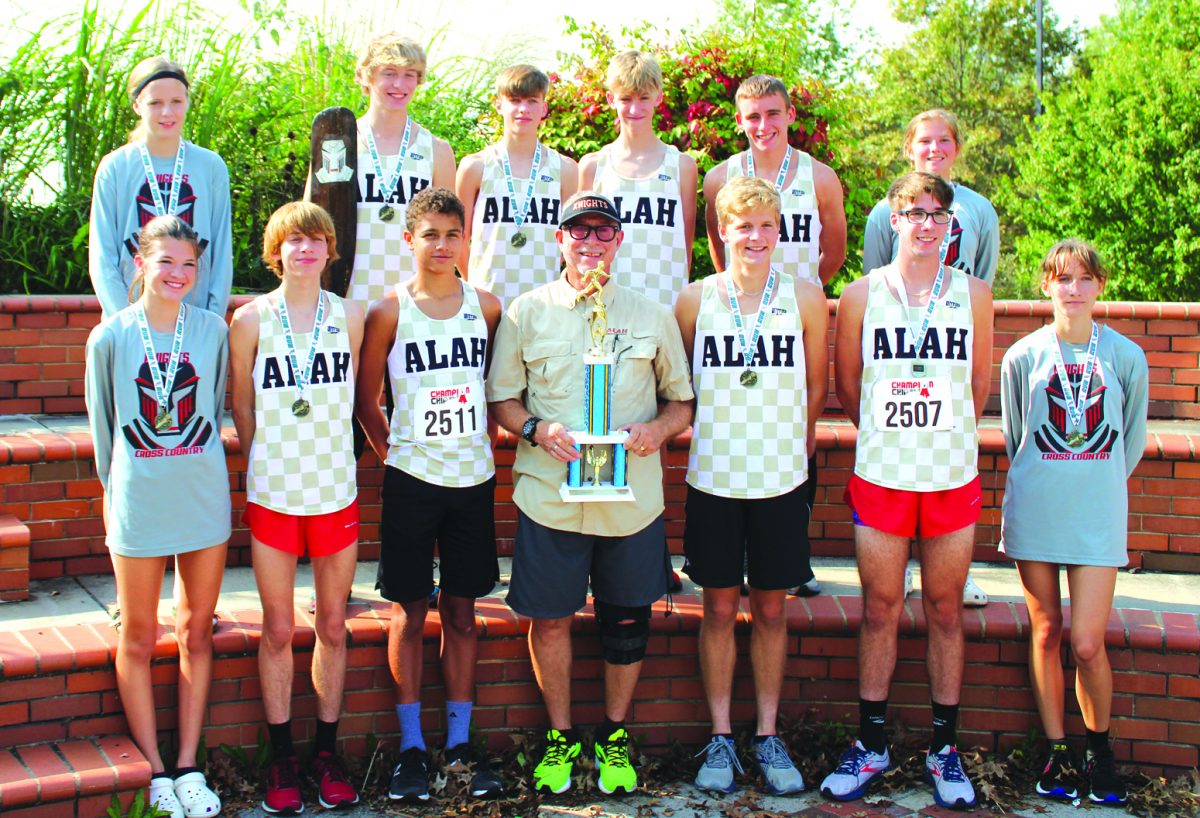 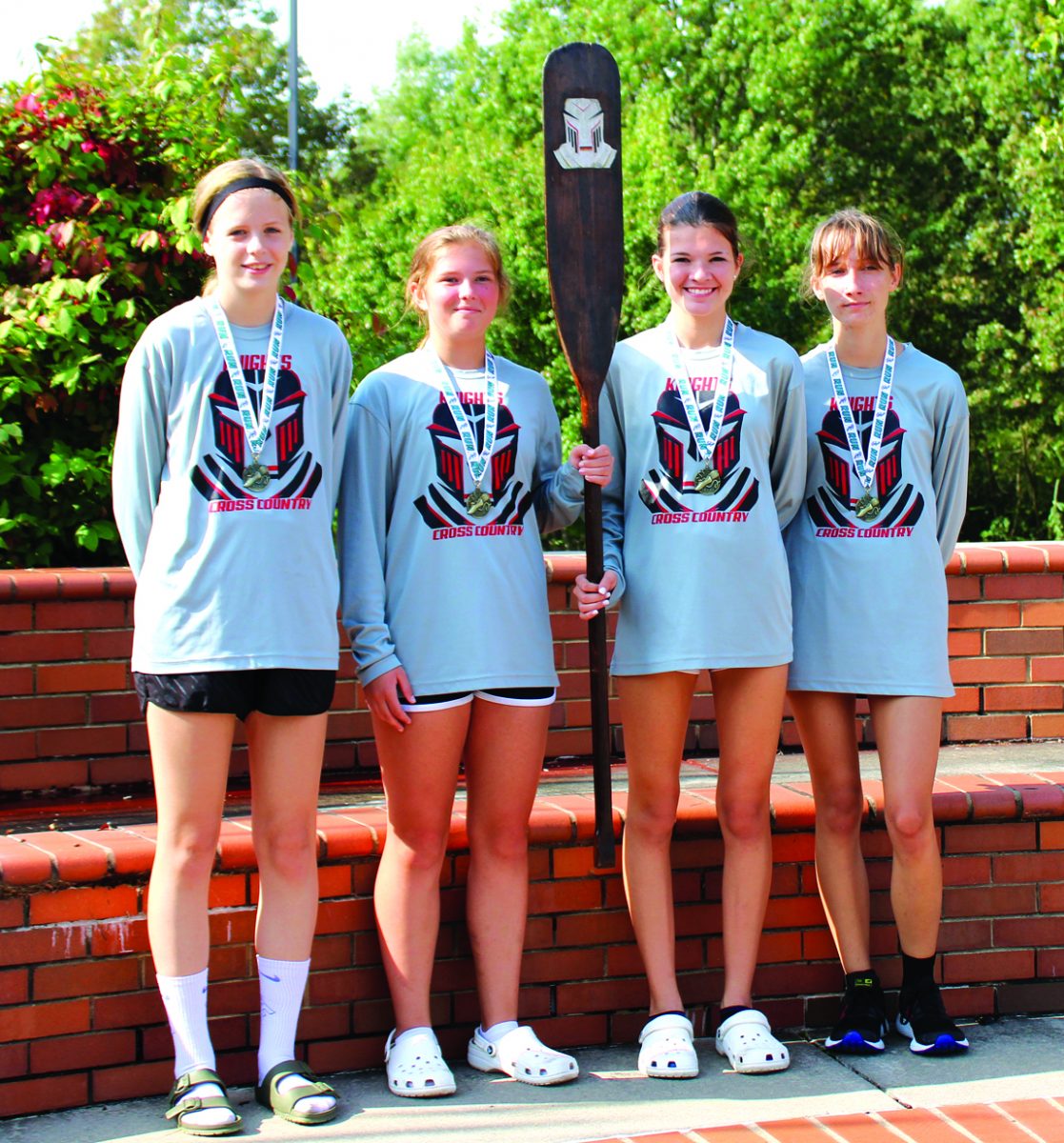 These four girls, members of the ALAH Knights Cross Country team ran in the annual Cumberland Invitational held at Lake Land College on Saturday, October 9. They all received medals for their performances!! Pictured here with their medals are from left to right: freshmen Kayla Johnson, Lindsay Rohacs, Maddie Kingery and junior Emma Jones.

The ALAH Cross Country team made the jaunt south to Lakeland College of Mattoon to race the Cumberland Invitational hosted by Cumberland and Neoga high schools. An unseasonably warm morning met the runners on Saturday October 9th as they toured the rolling, winding course that sprawled across the south part of the LLC campus.

Benton’s super sophomore, Gavin Genesio quickly forged to the lead on the wet, muddy course, covered with tall grass. Giving chase were Davee of Mattoon and Logan Beckmier of ALAH. Beckmier had in tow 3 more teammates close behind.

In covering the opening mile in 4:50, Genesio opened a comfortable lead that he carried thru the 2nd mile at 10 minutes flat and maintained to the finish. The real battle was between Davee and Beckmier as they ran close throughout. The Green Wave senior prevailed over the last quarter mile securing the runner-up position.

As Beckmier took the 3rd spot, his teammates overpowered the talented squads from Benton and St. Teresa with Jace Green, Jacob Adcock, and Lyle Adcock crossing the timing pad in 4th, 5th, and 6th. Competing the best seen this season, Jacob Duzan sealed the team championship finishing 32nd overall. The Knight’s win was their first ever at this storied event. In his Sunday morning weekend recap, Mike Newman of ILXCTF (the oracle of Illinois HS running) referred to the ALAH victory as “a statement win”.

Steven Edwards put forth an excellent effort finishing 60th. Caden Binder and Connor Edmonds came thru the shute in 85th and 103rd overall. Both great efforts especially Edmonds who has battled nagging injuries throughout the season.

The Lady Knights warmed the course up for the boys. Having not seen a course this physically challenging, our girls still continued their upward projection! Leading the Knight fillies was freshman Maddie Kingery in 51st followed by fellow classmates Kayla Johnson (64), and Lyndsay Rohacs (66) and junior Emma Jones (75). The girls again ran shorthanded thus not scoring in the team standings but all were medalist.

Saturday October 16th, the ALAH runners travel to Peoria to run the Patriot Invite at historic Detwiler Park, the home of the IHSA State Championships. This will be the final tune-up race heading into the state championship series and will feature another stacked field of the best in Illinois Class 1A. 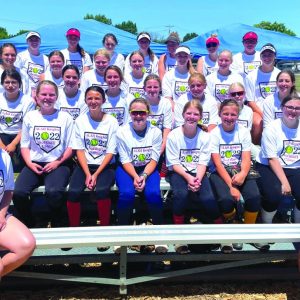