Logan Kendall (11) attempts to clear the ball in a 1-0 loss against Mattoon at Mattoon High School.

The Mt. Zion boys soccer team won two and lost one match this week. The lone loss came in a 1-0 match against Mattoon. The wins came against Taylorville (8-1) and Effingham (13-1)

Against Mattoon, the Braves fired shot after shot that Mattoon goalkeeper Jason Skocy. Skocy finished the game with eight saves and the shutout.

The lone goal came a few minutes before halftime. Mattoon’s Quincy Hamilton placed a cross pass in the path of Trent Hettinger who then fired the ball into the back of the net.

In the second half, the Green Wave placed offensive pressure on the Braves. Mt. Zion goalkeeper Joshua Garrett kept his composure and made eight saves.

Against Taylorville, the Braves offense started from the opening whistle. The Braves put offensive pressure on the Tornadoes and after the 10th minute got on the scoreboard. Evan Griffith threw the ball over a defender on a throw-in that Luke Shumaker made into a goal by shooting it into the back of the net to make the score 1-0.

Nine minutes later, Alec Borders got on the scoreboard. Borders rebounded his own shot off the goalkeeper and tapped the ball into the back of the net to extend the Braves lead 2-0.

Later in the half Shumaker made another play. Shumaker passed to a wide-open Zach Harvey who made a touch past the goalkeeper and tapped the ball into the net to give the Braves a 3-0 lead.

The Braves’ offense picked up where it left off in the second half. Kam Clark made a cross pass to Greg Frazier who just got a foot on it to put it into the back of the key to give the Braves a 4-0 lead.

Harvey scored on another opportunity later in the half. Griffith found him wide-open and Harvey shot and fired a shot that bounced off the goalkeeper’s glove into the back of the net to give the Braves a 5-0 lead.

The Braves received a free goal off a Taylorville goal and then allowed a goal to Taylorville. Taylorville received a penalty kick that Hunter Fry shot into the back of the net to put the Tornadoes on the scoreboard and make the score 6-1.

Borders added another rebound goal and Ramon Munoz added his first goal of the game to give the Braves an 8-1 win.

The Braves improve to 7-9-3 on the season. This week the team will have matches against Lincoln and Mahomet-Seymour both at home.

Head coach Scott Crawford said that his gem is going to continue to put in work and hopes that his team will be at a decent level by the start of playoffs and believes his team is getting better. 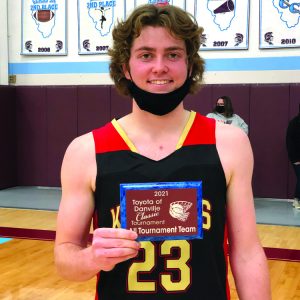 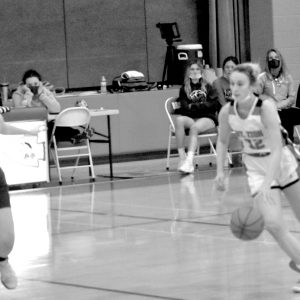 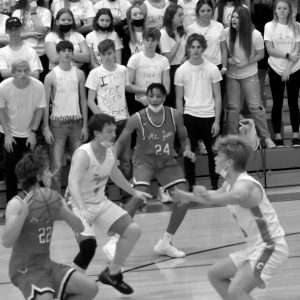