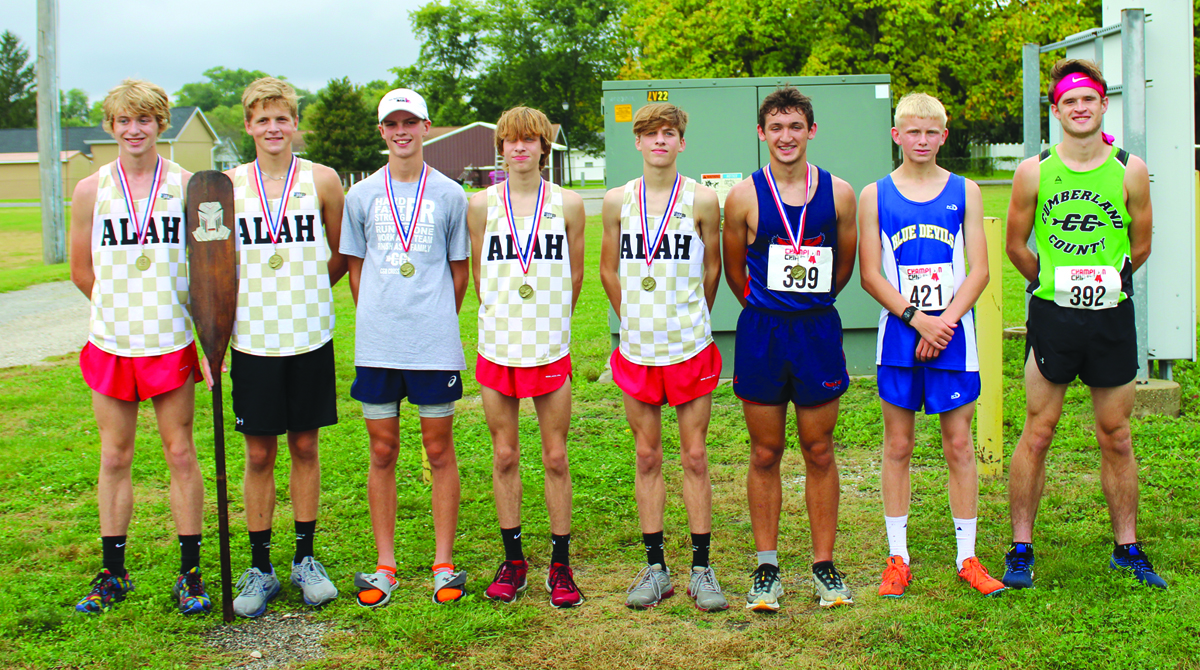 History was made on Saturday October 2nd as the ALAH Cross Country program hosted the Lincoln Prairie Conference Championships on a new course at Lovington Grade School. This 3 mile circuit featured 3 loops that snaked around the venue finishing on what was once the home stretch of the old Lovington High track.

Leading the way again for the Knights was Junior Logan Beckmier. Starting fast, he cruised to his first conference championship and established the course record of 16:17.7 on a layout made soft by overnight and early morning showers. Just behind in 2nd was teammate Jace Green who outlegged Cerro Gordo’s Dylan Howell while running 16:37.3. This was a reverse finish from a year ago for these two standouts. Jacob and Lyle Adcock continued their outstanding junior campaign coming through the finish shute in 4th and 5th place running 16:42.5 and 17:00 respectively to complete the Knight medalists. Jacob Duzan rounds out the scoring for the home team, just missing All Conference recognition in 10th at 18:29.7 Also competing for the Knights were Jesus Corona 19th/19:31, Connor Edmonds 21st/19:37.7, Caden Binder with a new PR in 22nd/19:38.2, Nathan Cogdill with a new PR in 26th/19:54.6, and Steven Edwards 30th/20:32.

The Lady Knights, along with 25 other conference contemporaries, christened the new layout running the opening race. Responding to the report of Starter Bruce Weiman’s pistol, the distaff harriers went off into a steady drizzle of rain that slowly diminished during the race.

Heidi Held made quick work of the race finishing 1st in 20:25 while leading her Argenta-Oreana Bomber squad to the team title. Emma Edwards again was top finisher for the Lady Knights crossing the line 10th in 23:33.8. Also finishing for the shorthanded ladies squad were

Next up the Running Knights make a trip to Sullivan on October 5th to run the Tabor Park layout before traveling on October 9 to Lakeland College in Mattoon to run the annual Cumberland Invite. This meet will feature state ranked Decatur St. Teresa, Bismark- Henning, Benton, Tuscola, as well as 18 other schools. Benton is led by sophomore Gavin Genesio who has established himself as a distance running elite of national prominence during his brief career.

Please consider making the short trip to Coles County and support Knight’s Cross Country at this challenging and competitive event. 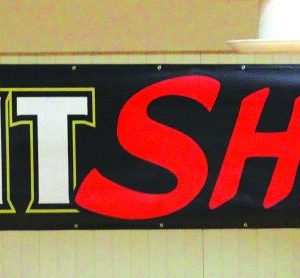 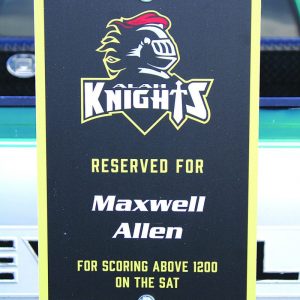 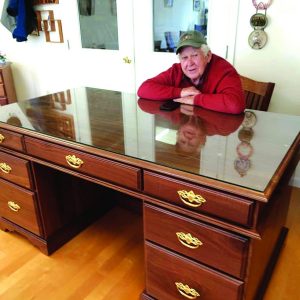