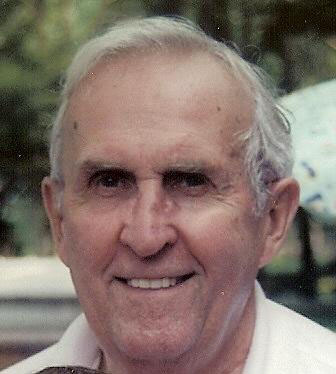 Kenneth Harshbarger, 85, died June 15, 2014, at his home in New Whiteland, Indiana. He was a former resident of Atwood, Illinois.

Ken was born in Atwood, Illinois on October 13, 1928 to Kenneth Keith and Elsie Mae (Brumfield) Harshbarger. He graduated from Decatur High School in Decatur, Illinois in 1946. Ken worked for the Decatur Herald & Review newspaper as a teenager and worked the switchboard being the first to receive news of VE and VJ.

Ken served with the Illinois National Guard, 44th Division Military Police in 1948-1949. He was drafted and served with the U.S. Army during the Korean conflict, first with the 28th Ordinance Medium Maintenance, and then with the 148th Field Artillery Headquarters Battery.

After mustering out he returned to Decatur and was employed by Leader Iron Works and then U.S.I Chemical (Quantum) Inc. in Tuscola, Illinois. He retired from Quantum Chemicals as a shift supervisor in the Denaturing plant in 1991 after 37 years with the company. After retiring he moved to New Whiteland, Indiana and worked part-time for L.S. Ayers and Sister’s Place before retiring for the second time.

Ken enjoyed spending his time with family, reading novels, watching movies, and laughing with his grandchildren and great-grandchildren. The family would like to thank the employees of the Clark Pleasant Branch of the Johnson County Public Library for their diligence in locating large-print books for Ken as his eyesight began to fail. Memorial (monetary) contributions in honor of Ken may be made to the Johnson County Public Library, 49 E Monroe Street, Franklin, Indiana 46131, 317-738-9835.

Kenneth is to be buried along with his wife Ella on their 71st wedding anniversary, Friday, October 8th, 2021 at 11 a.m. CDT at Mackville Cemetery, Atwood, IL. Hilligoss Shrader Funeral Homes, Atwood, IL, is in charge of arrangements.