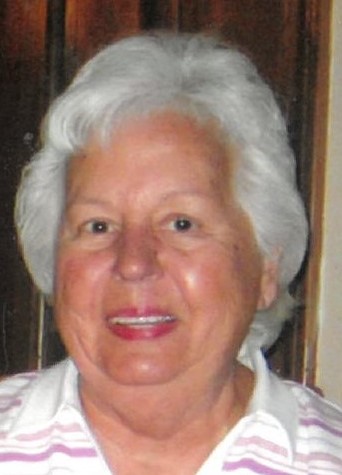 Ella Mae Harshbarger, 87, passed away November 21, 2020 at the Hearth at Stones Crossing, Keepsake Unit in Greenwood, Indiana. She was born on January 19, 1933 to Lowell and Opal Pearl (Hood) Connor in Decatur, Illinois. Ella Mae was named for her grandmothers, Rose

Ella Deen and Carrie Mae Hood. She attended school in Decatur where she enjoyed playing the guitar and having fun with her friends and many cousins. As a teenager she was taught how to sew by her Aunt Rosie Thompson, a hobby that she would enjoy for the rest of her life.

Her other passions were gardening, reading, and spending time with family.

Ella Mae married Kenneth Harshbarger on October 8, 1950. They were married for 63 years until his death in 2014. They lived most of their married life in Atwood, Illinois and New Whiteland, Indiana. Ella Mae had three sisters, Beverly Rose Connor and Mary Lou Connor, both deceased. Surviving is her youngest sister, Nancy Lynn (Connor) McCoy of Decatur, Illinois, along with many nephews and nieces.

She is survived by three great-grandchildren, Monica (Addison Rider) Robinson of Philadelphia, Pennsylvania, and Andrea and Noah Robinson both of Fountaintown, Indiana.

Memorials may be made in her name to the Atwood Public Library, 123 Main Street, Atwood, Illinois 61913, (217) 578-2727. Special thanks is given to the staff of Brookdale Hospice for their care and kindness in treating our beloved mother, grandmother and great-grandmother.

Ella Mae, along with her husband Kenneth Harshbarger, will be buried on their 71st wedding anniversary, Friday, October 8th, 2021 at 11 a.m. CDT at Mackville Cemetery in Atwood, Illinois. Hilligoss Shrader Funeral Homes, Atwood, IL, is in charge of arrangements.