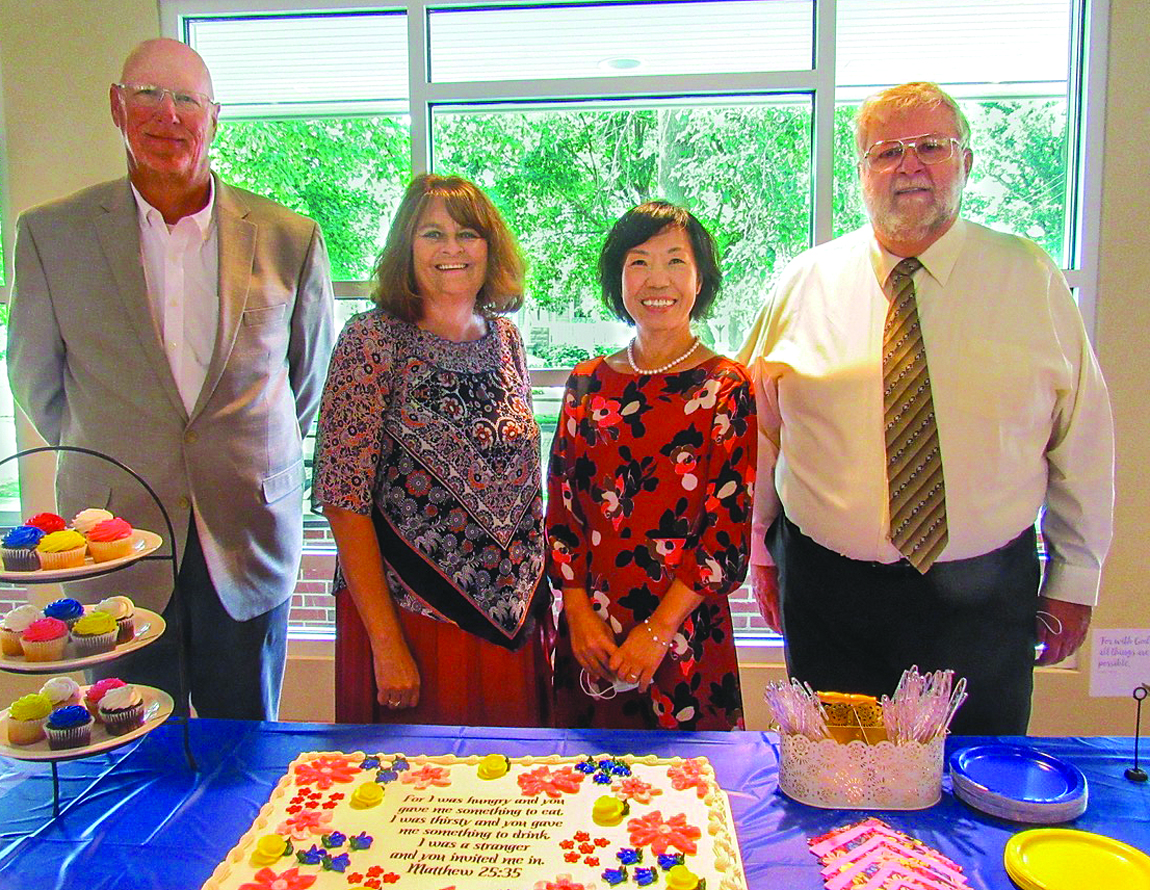 On Sunday, September 12, the Arthur United Methodist Church celebrated the dedication of the fellowship hall and the paying off of the building loan. Planning began in 2012 and ground was broken for the fellowship hall in 2016 with the addition first being used in July 2017. While the building is used for church functions such as the weekly community meals, it has also been used for Red Cross blood drives, the Illinois Prairie CEO class, beekeeper meetings, Boy Scouts, youth groups, Lions Club fish fry, Arthur Woman’s Club, Knights football meals, fair queen pageant interviews and practice, among many other things. Pictured are Bruce Weiman, pastor from 2015 to 2020 who oversaw the final planning and completion of the project; Jill Bunker, current pastor of AUMC since July 2020; Angie Lee, District Superintendent for the Iroquois River District of the Illinois Great Rivers Conference of the United Methodist Church; and Leroy Allison, pastor from 2007 to 2015 who was present at the beginning of the planning and implementation of the building project. A big thank you to these people, along with many others in the church and the community, who made this amazing feat a reality through their contributions, support and prayers. “For I was hungry and you gave me something to eat. I was thirsty and you gave me something to drink. I was a stranger and you invited me in. Matthew 24:35