Mt. Zion’s Kam Clark goes for the ball in a 4-4 draw against Mattoon on Saturday at the Mt. Zion Football Field.

The Mt. Zion boys soccer team lost two and forced one draw this week. The 4-4 draw came on Saturday in an Apollo Conference match against Mattoon.

The Braves rattled off three unanswered goals. The Braves were down 3-1 and junior Kam Clark was inserted back into the game. Clark went on to score his first goal of the game when he chipped the ball past the keeper into the back of the net to tie the Green Waves 2-2. Clark then got past a defender minutes later and nailed in a goal to give the Braves a 3-2 lead just before half-time.

Three minutes into the second half, the Braves struck again. This time it was junior Evan Griffith. Griffith rebounded the ball into a volley shot that went into the back of the net to give the Braves a 4-2 lead.

“I thought we played well,” Mt. Zion head coach Scott Crawford said. “I thought we battled back and the kids gave it everything they had, they worked hard, we moved the ball well, and we had opportunities. It was a good day.”

The Green Wave offense fired shots that Braves goalkeeper Joshua Garrett was able to convert into saves. Garrett made six saves in the game.

The Braves defense regrouped and saw different changes in the back-four. Senior defender Logan Kendall battled through an ankle injury as did Thomas Kanemaru to help the Braves’ defense. The regrouping happened when Kendall and Brayden Traxler made defensive stops to get the Braves composed.

“We have people who are hurt, sore and things are going on, but they worked hard,” Coach Crawford said. They stayed compact, and they worked hard and I was happy with that.“

With less than four minutes left, Mattoon inserted Jason Skocy in as goalkeeper. The Braves fired shots on-goal that Skocy made tough saves out of. The game ended in a 4-4 draw.

The Mt. Zion Braves lost two games earlier in the week. Both losses were 3-0 on the road to Williamsville and Lincoln. The team is now 3-7-2.

The Braves will face Charleston on the road, St. Theresa at home and then play in the Titan Invite.

“We’ll take it (the tie) and keep moving forward,” Coach Crawford said. We have some tough games next week, but hopefully we’ll just move forward with it.” 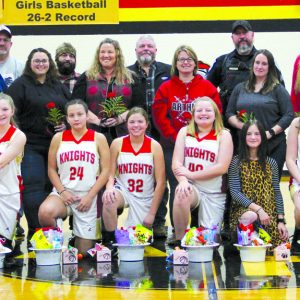