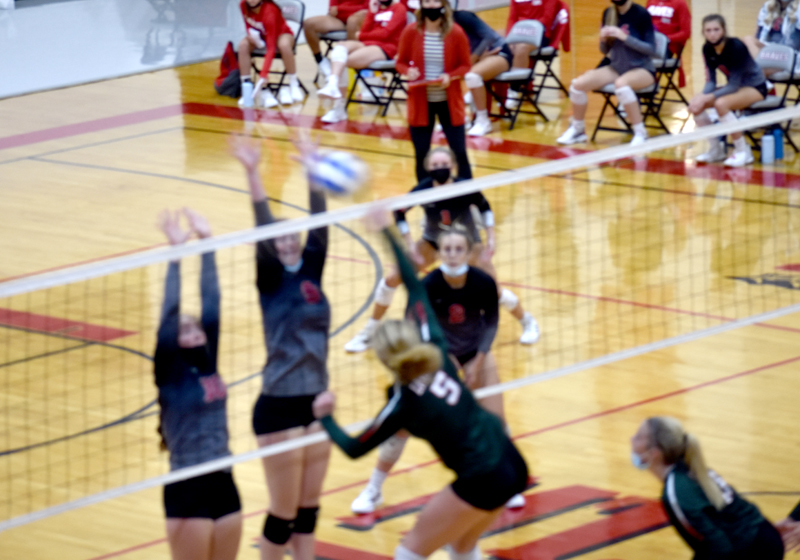 Peyton Courson (left) and Bracie Barnes (right) go up for a block in Mt. Zion’s 2-0 loss against Lincoln on September 16 at home.

The Raiders scored six straight points to give themselves a 15-13 lead. A ball that was served into the net ended their run and gave the ball back to the Braves. From there the game went back and forth.

Anderson tied the set at 18-18 with a kill. The Braves then took a 20-19 lead when a Lincoln player crossed the line on an attack. Anderson added to that lead with a kill to give the Braves a 21-19 lead.

The Railers failed to get the ball over the net to give the Braves a 22-21 lead. The Railers then scored three straight points including two kills to give them a 24-22 lead.

Flemming recorded a kill and the Railers failed to return the ball after a rally that would tie the game at 24-24. The Braves followed with a serve that went out of bounds and then recidivism a point from the same from the Railers. The Railers though scored the last two points to give them a 27-25 set win and a 2-0 win.

“We did not pass well and our offense struggled as a result on serve receive,” Mt. Zion volleyball head coach Traci Dyer Townsend said. “Lincoln did a great job at mixing up their offensive shots and that also took out our ability to run our offense.”

The Braves decided as a team that their focus needs to be on consistency.

“We had a long talk after the game and decided, as a team, that we need more focus and consistency not only in games but primarily in practice,” Coach Townsend said. “

The Braves only game this week was yesterday against Taylorville. Next week the Mt. Zion volleyball team will face Effingham, MacArthur and Charleston. 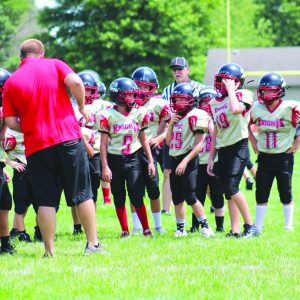