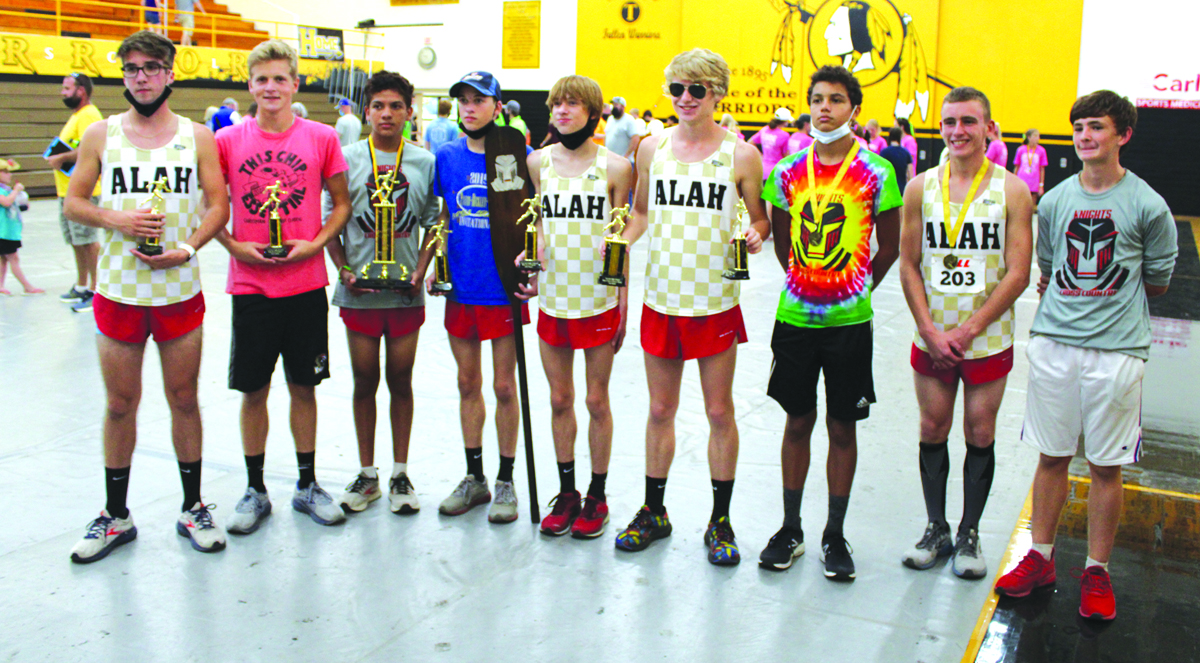 The ALAH Knights boys’ cross country team brought home the first place team trophy from the 44th Annual Tuscola Classic invitational held at Wimple Park on Saturday, September 18. All of the boys in the five scoring places for the Knights earned a trophy signifying a top twenty-five finish. Those taking 26-75th earned a medal. From left to right with their place are: Jacob Duzan, 23; Jace Green, 5; Jesus Corona, 36; Lyle Adcock, 11; Jacob Adcock, 6; Logan Beckmier, 2; Connor Edmonds, 59; Steven Edwards, 54, and Nathan Cogdill, 92. There were 152 runners in the boys division.

The Arthur Lovington Atwood Hammond cross country teams traveled across Douglas County to run the 44th version of the Tuscola Warrior Classic. With 152 boys in the starting boxes, Referee Don Hackler fired the gun at 10:45 with temperatures pushing 90°.

Attacking the course, Ryder James of PBL established a new course record of 15:05. He was chased throughout by a pack of runners from ALAH. The Knights were dominant throughout out the race running a powerful pack during the first 2 miles. This total team effort was led by Logan Beckmier’s 2nd place finish. He was followed by Jace Green in 5th, Jacob Adcock in 6th, Lyle Adcock in 11th, and Jacob Duzan’s season best effort in 23rd. These top 5 total 44 points to easily out leg talented teams from Shelbyville (86) and Tuscola (97) and 14 other squads to win the team championship for the first time in meet history. Beckmier also received the trophy for being the top Junior Class runner.

The Lady Knights kicked off the morning action at 10:00am. Once again, the girls were led by Emma Edwards. She used a powerful drive to the finish to gather a medal in 66th place out of 134 runners. Maddie Kingery runs a new personal best finishing 91st in 26:21. She was followed by teammates Kayla Johnson (115), Lyndsay Rohacs (121), and Emma Jones (133). The girls finished 12th in team standings.

Next on the calendar is the Spartan Classic event ran on the streets of St. Joseph, Illinois. This race will feature the best of the downstate class 1A teams that Illinois has to offer.

The boys leave the start line in downtown St. Joe at 9:00am Saturday September 25.

The Knight’s girls squad will take the weekend off. 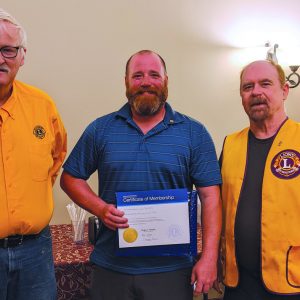