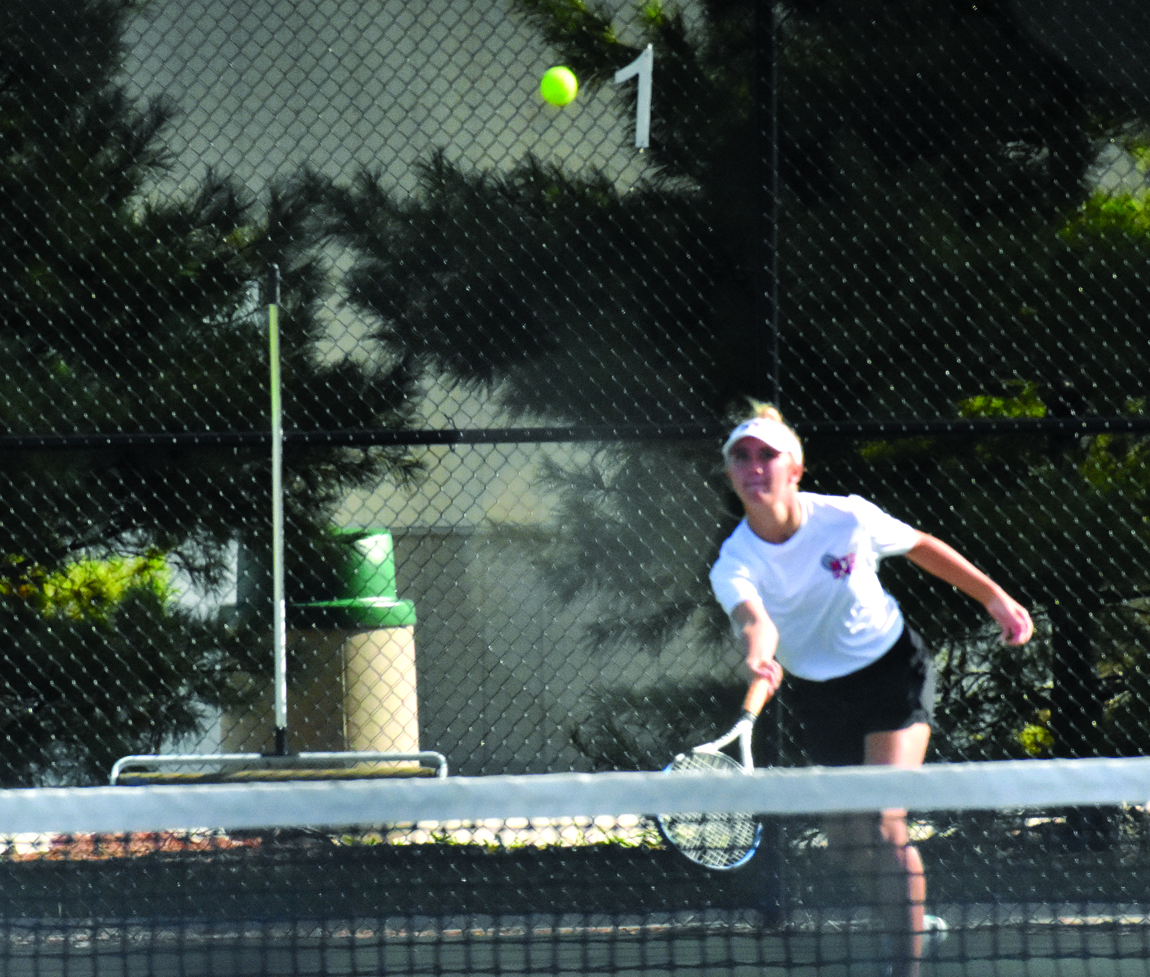 Allison Bradford returns the ball during her singles match on September 8.

Audrey Bradford earned the firsts point of the Braves at the No.2 slot. She defeated Hannah Larson in two sets with a score of 6-1 and 6-0.

Alexis Mallory folllowed with another point at the No. 3 slot. Mallory defeated Yoana Yordonova in three sets winning the first one 6-4, losing the second one 4-6 and then win inning three third one 11-9.

At the No. 5 slot, Peyton Schroeder claimed the fourth point for the Braves defeating Emma Amaya in two 6-2 sets.

At the No. 6 slot Angelina Henderson defeated Maci Mayhall in two sets.

The Trojans got their singles points in two tough matches. Maggie Goetten defeated Allison Bradford in three sets. The first set she won 6-4, but then was challenged in the second set to a first to seven point that she lost 6-7. Goetten then won the third set 12-10.

In doubles play, Audrey Bradford and Schnipple defeated Goetten and Mayhall in three sets despite losing their first set. The Braves duo lost their first set 2-6, but rallied to a 7-6 second set win and won the third set 10-8.

The Braves then earned their final point of the meet at the No. 2 doubles slot. Allison Bradford and Mallory defeated Long and Yordonova in two sets

The Braves improved their record to 3-2. The Mt. Zion girls tennis team plays host to Maroa-Forsyth today at 4:30 p.m.