Knights’ running back, Landon Waldrop #23 cuts back to avoid the Pirate defense in the game last Friday. Landon had 12 carries for 77 yards in the game on some very hard earned runs. #2 Ryan Appleby and #45 Austin Abercrombie are blocking for him.

The Arthur Lovington Atwood Hammond Knights football team played hosts to the Cumberland Pirates last Friday, September 10 in the third game of the 2021 season and the first Lincoln Prairie Conference contest for both teams.

The Pirates showed why they are the 6th ranked team in the Class 1A football polls. They scored 28 points in the first quarter and never looked back. They would tack on another td in the second and led 35-0 at halftime. After the intermission the visitors scored on their first possession and with 8:03 left in the third took a 42-0 lead to put the rest of the game under a running clock. The Pirates put one more score on the board, a field goal, in the fourth quarter to make the final score 45-0.

After the Pirates scored on their first series of the game the Knights unfortunately turned the ball over on a fumble on only their second play of the game. Things didn’t get any better for the home team as starting quarterback Quentin Day was knocked out of the game at the end of what had been a nice long run. Sophomore backup QB Jayce Parsons came in to take over the signal calling duties but ALAH couldn’t put together any kind of a drive for the rest of the game. Jayce and running backs Kaden Feagin and Landon Waldrop picked up yards on tough hard earned runs but were unable to sustain any of those drives.

The Knights are now 0-3 on the season and will travel to Oakland next Friday, September 17 to take on the 1-2 Tri-County Titans. 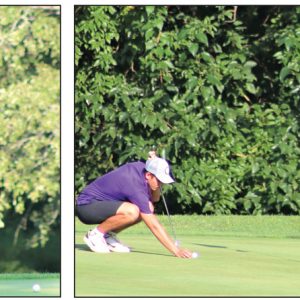 Arcola/ALAH Golf team moves to 13-0 on the season 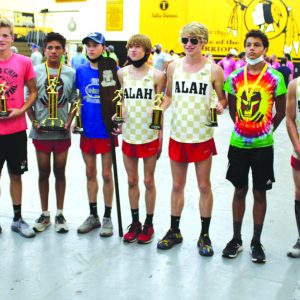