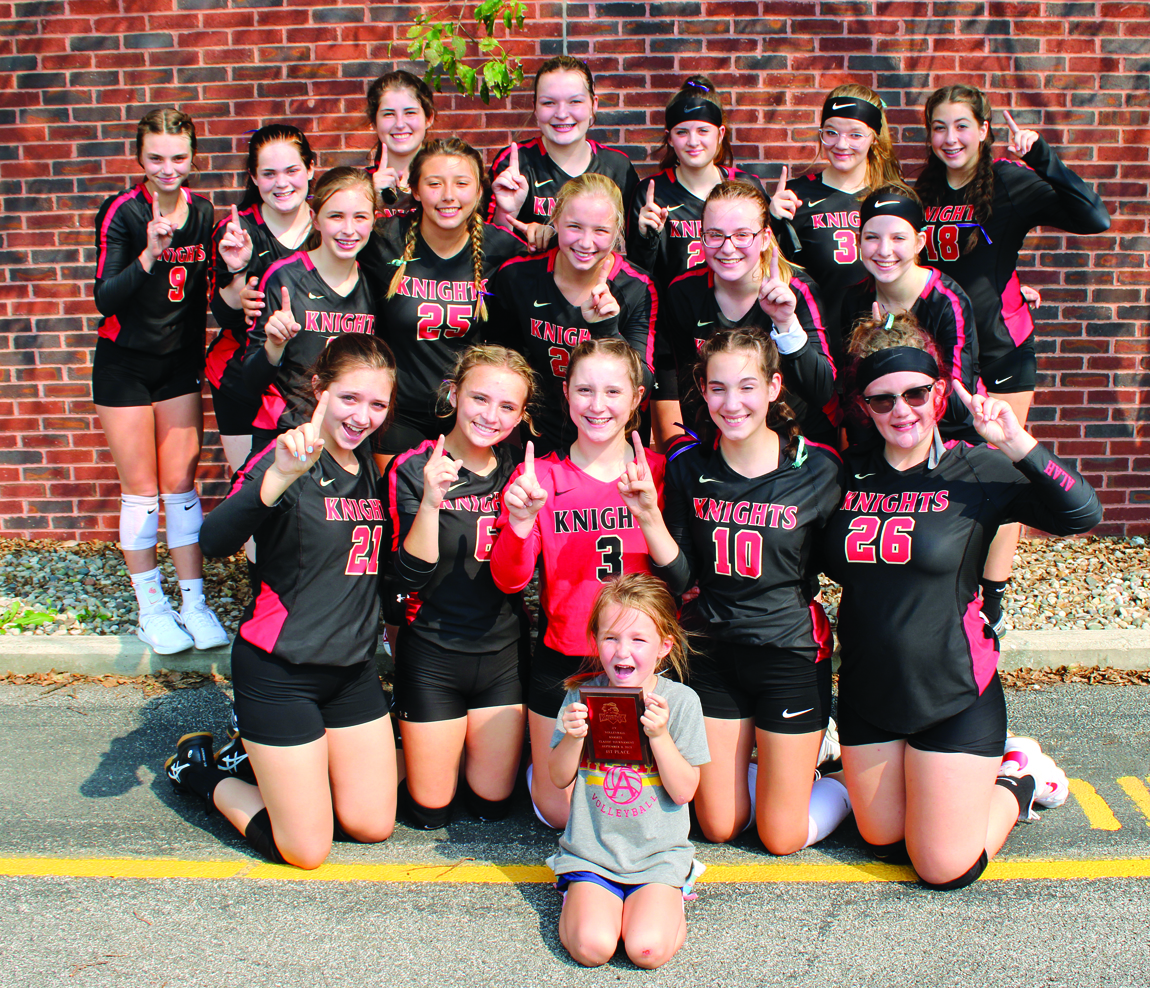 For several years the Junior Varsity Knights volleyball team has hosted the Knights Classic on a Saturday early in the season.

This year’s event took place in both the high school’s old and new gyms on Saturday, September 11.

The tournament consisted of two pools of three teams each.

Pool A included Arthur Lovington Atwood Hammond, Heritage and Central A and M.

Second game in Pool A was between Heritage and Central A & M, won by Central A&M.

Third game in Pool A was a hard fought battle between ALAH and Central A&M with ALAH winning by scores of 25-20 and 27-25.

First game in Pool B was between Villa Grove and CGB with Villa Grove winning that match.

Second game in Pool B pitted CGB against Arcola with CGB coming out on top.

The third game in Pool B was Arcola vs. Villa Grove with VG winning that match.

This set up the fifth place game with Arcola Purple Riders and Heritage with the Heritage Hawks claiming fifth place in the tournament.

The third place game between Cerro Gordo/Bement Broncos and Central A&M Raiders went to three sets with Central A&M coming out as winners of third place in the tournament.

This all led to the championship game between the Villa Grove Blue Devils and the Arthur Lovington Atwood Hammond Knights.

This game went to three sets with scores of 21-25, 25-19 and 15-8 with the host Knights winning their own Knights Classic tournament and claiming the championship title.

Plaques were presented to the second place Blue Devils and the first place Knights.

The Junior Varsity girls are coached by Jessica Vanausdoll with Dana Tinkle assisting.

A big thank you to athletic director Nathan Seal and all those involved in putting another successful event together. GO KNIGHTS!