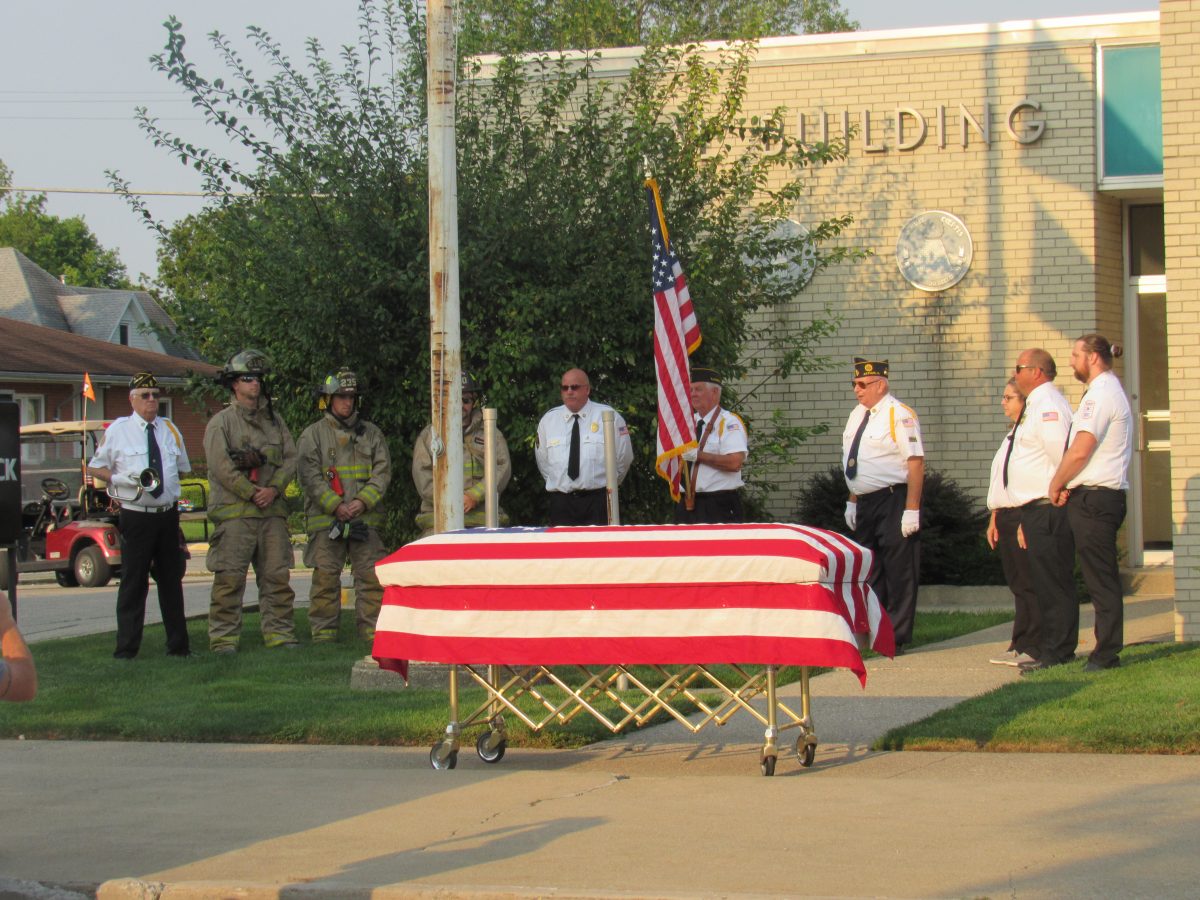 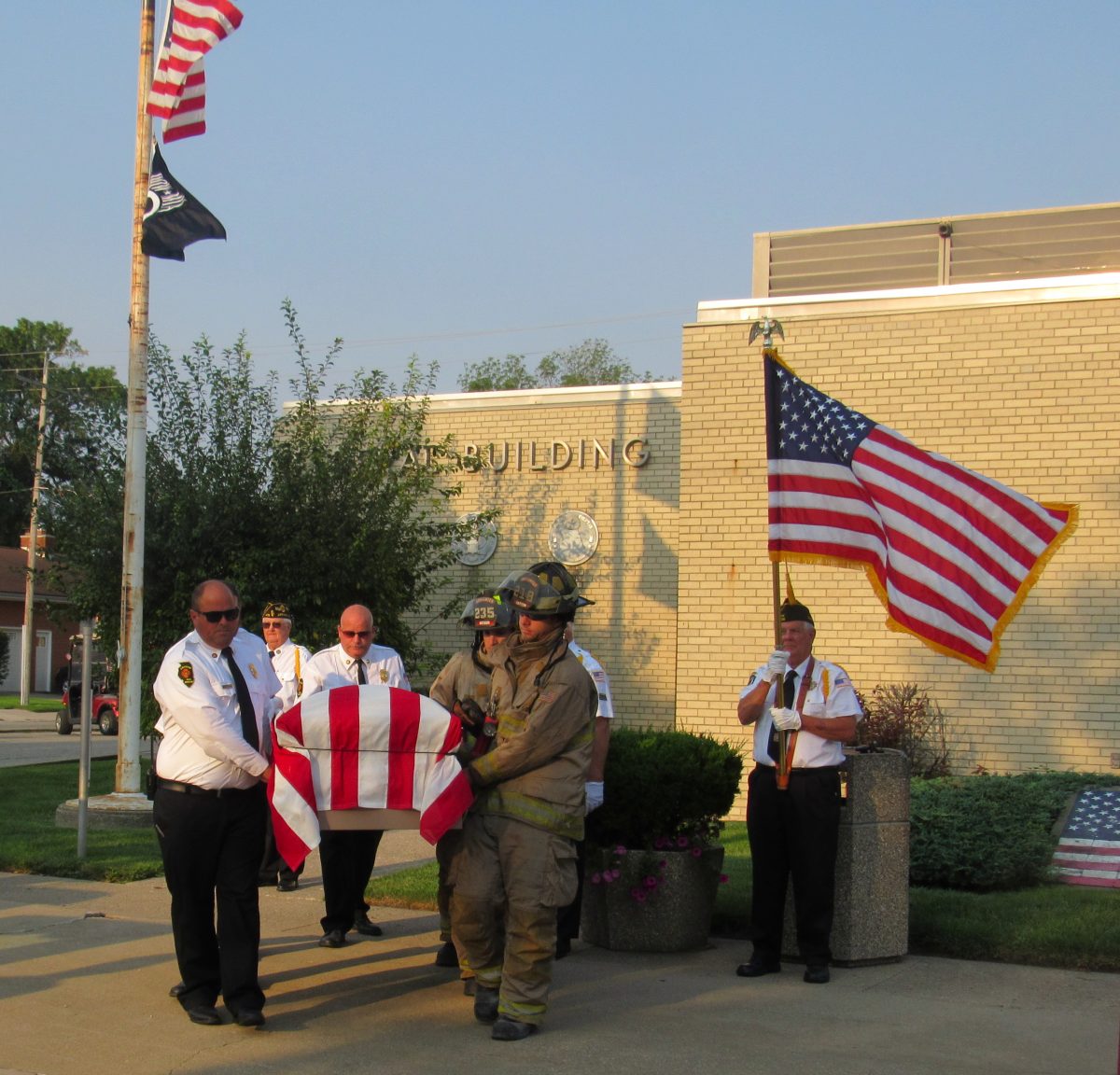 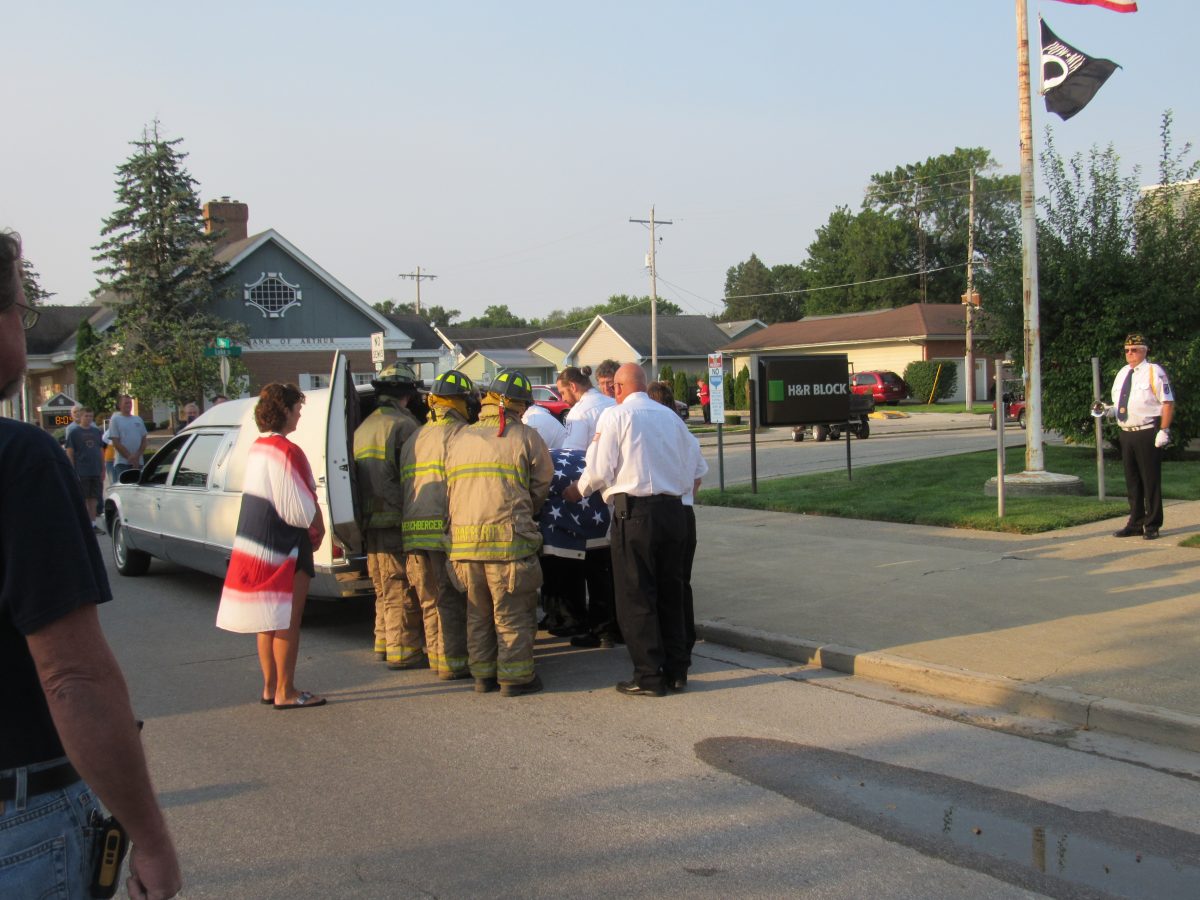 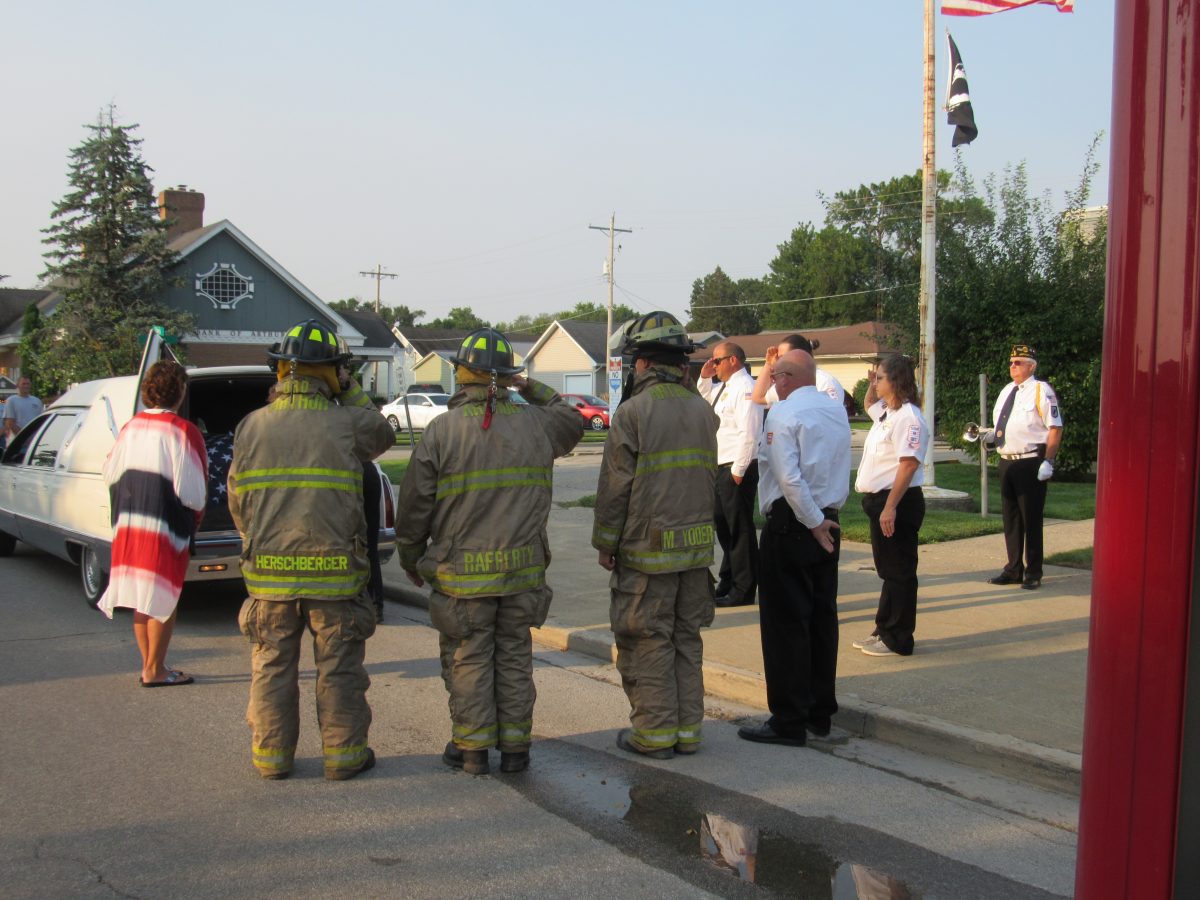 On the twentieth anniversary of 9/11, a day no American living at that time will ever forget, several members of the Arthur American Legion, Arthur Fire and Ambulance and Arthur Police Department took part in a ceremony in front of the Arthur Post Office on Vine Street.

It was a very moving and solemn event bringing back memories of that tragic day in America’s history.

The hearse then slowly drove away as those gathered stood in silence and respect.

Thank you to those involved in putting this together and a never ending thank you to all who have sacrificed so much for our freedom.