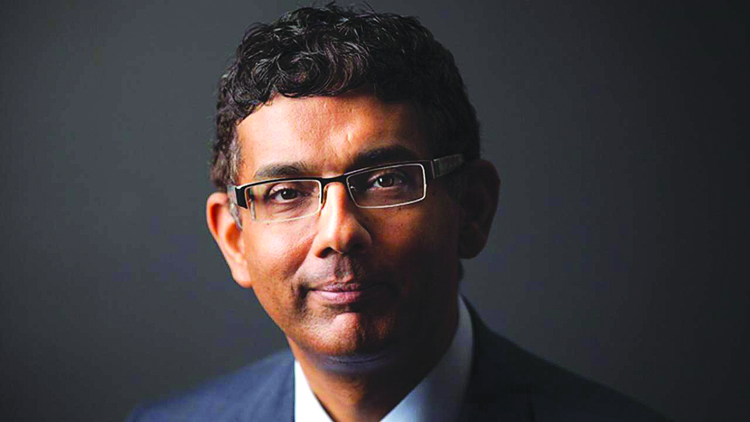 September 1, 2021- Best-selling author and influential thinker Dinesh D’Souza will join State Representative Brad Halbrook for a fundraiser on September 11. The event will begin with a VIP meet and greet at 5:00 p.m. and dinner at 6:00 p.m. It will be held at Penn Station, 120 E Progress St, Arthur, IL.

“I am really looking forward to presenting an author who’s in such great demand and inviting the public to take advantage of an opportunity to hear his thoughts on current events,” said Halbrook

Director of the movie, “2016: Obama’s America,” and author of the New York Times Bestseller, “The Trump Card,” D’Souza’s is expected to lead a broad and deep discussion on today’s turbulent political climate.

Born in Mumbai, India, D’Souza came to the U.S. as an exchange student and graduated Phi Beta Kappa from Dartmouth College in 1983.

Named one of America’s most influential conservative thinkers by the New York Times Magazine, D’Souza has been listed as one of the nation’s 500 leading authorities on international issues by The World Affairs Council. Newsweek cited him as one of the country’s most prominent Asian-Americans.

D’Souza’s articles have appeared in virtually every major magazine and newspaper, including the New York Times, the Wall Street Journal, the Atlantic Monthly, Vanity Fair, New Republic, and National Review. He has appeared on numerous television programs, including The Today Show, Nightline, The News Hour, The O’Reilly Factor, Moneyline, and Hannity.

All are welcome to join in the conversation. Tickets maybe purchased at www.bradhalbrook.com/dinesh