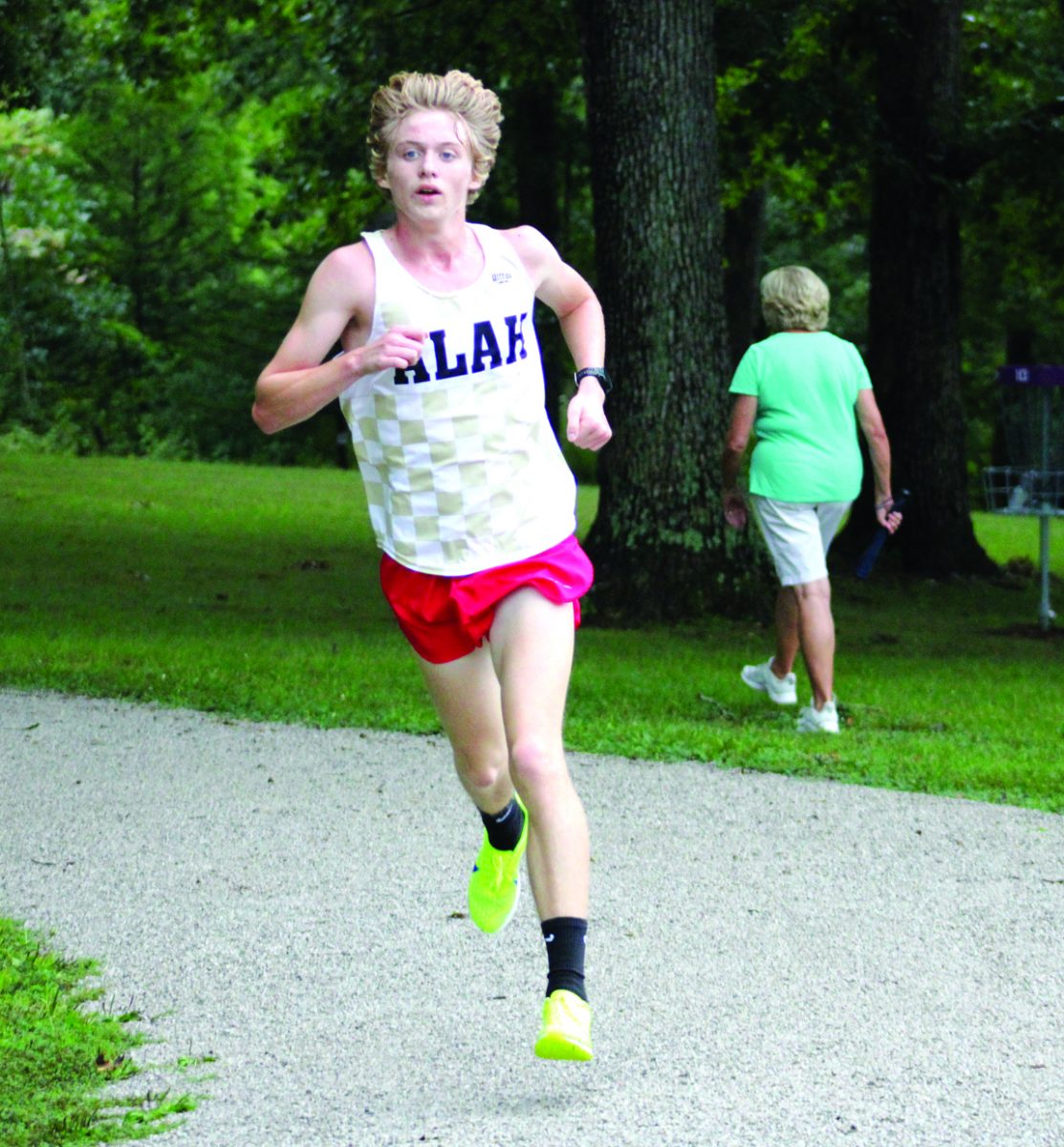 ALAH cross country junior, Logan Beckmier rounds the curve heading into the last mile of the course at Forest Park in Shelbyville on Monday, August 30. Logan would win the race with a time of 16:22.6. He was 19 seconds ahead of his teammates, the Adcock brothers.

Two days after flexing their muscles at the Clinton Invite, the ALAH Cross Country squad traveled to Shelbyville’s General Dacey Trails to tangle with a Ram’s team ranked as high as 5th state wide in preseason polls. Other schools running were Sullivan and Maroa Forsyth

The race was held in a co-ed fashion and follows an oil chip trail over hilly terrain along Lake Shelbyville. The Knight’s Four Horsemen moved to the front quickly led by Logan Beckmier, the Adcock boys and Jace Green. They moved away from the pack while accompanied by Firnhaber of Shelbyville and Richards of Maroa-Forsyth. This group pounded away in the second mile still leading the way. During the 3rd mile, Beckmier asserted his dominance to secure a win in 16:22.6. The Adcock boys crossed the line in 2nd and 3rd with Lyle timed at 16:41.3 and Jacob at 16:41.5. Jace Green battled with Firnhaber while securing the 5th overall position in 16:52.4. Jacob Duzan was the 5th scoring Knight finishing 9th overall. Jesus Corona goes 10th and Steven Edwards runs almost a minute faster than 2 days earlier with a PR of 19:03.

Next up for the Running Knights is the Charleston Invitational Saturday September 4.