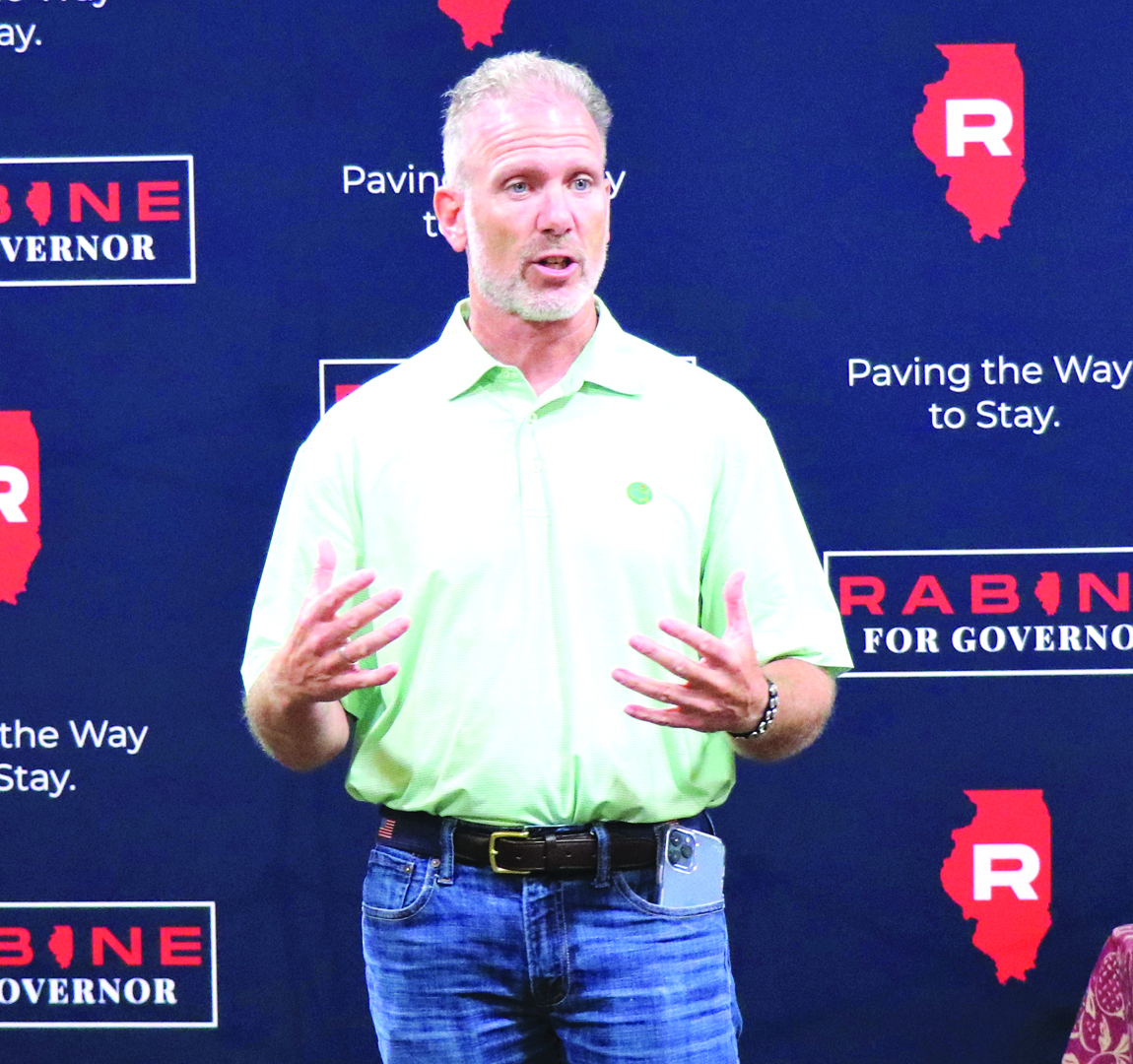 Rabine Downstate Bus Tour Stops In Arthur. Gary Rabine, a candidate for Governor, was at Yoder’s Kitchen in Arthur on Tuesday as part of a two-day bus tour through downstate Illinois leading up to Republican Day at the Illinois State Fair where he emphasized the failed policies of the past and how they will only result in more failed outcomes for Illinois families.

Gary Rabine, 57, is the third Republican to officially enter the race for governor and the first from the Chicago area.

“Illinois is never going to fix its problem by electing the same kind of woke, liberal politicians,” Rabine said. “Failed career politicians have declared a war on families. Whether it’s nonsense mandates, or debilitating tax increases or their horrific approach to crime, our state leaders are waging war on our families, and it is costing us dearly.”

Rabine said it is not the role of government to make healthcare decisions for individuals and families and to intrude in our lives as is happening far too frequently now.

“The role of government is to protect us from violent criminals and to keep our communities safe,” Rabine said. “We are not going to mandate our way back to prosperity. We need somebody who’s going to stand up to the political elites and insiders and someone who isn’t afraid of them. That’s why I’m running.”

Rabine has built successful businesses, created thousands of jobs for Illinois families, and is the outsider Illinois needs to turn the state around.

Gary is an entrepreneur who has built more than 30 businesses right here in Illinois. Rabine Group businesses are able to serve customers in every Illinois county and in every state. Gary knows the importance of keeping jobs here at home, and he’s proud that almost all of his businesses have been started and grown in Illinois. Gary’s vision for Illinois is to be the best entrepreneurial environment of any state in the middle of the greatest country in the world.

“This state needs some hard truths,” Rabine said. “In our company, we don’t lie about problems or pretend they don’t exist. We confront problems and we solve them. That is what I will do as Governor. We need to end the war on families, end Illinois ranking last place in nearly every meaningful metric for sound governance. We need an outsider and someone who has helped build, protect, and empower families to end those awful policies. I’m working around the clock to earn your support and take this fight to the politicians who have sabotaged us for far too long.”

Rabine is a family man who cherishes the time he spends with his four adult children and three grandchildren. He lost his wife and partner of 35 years last fall after a long battle against brain cancer.