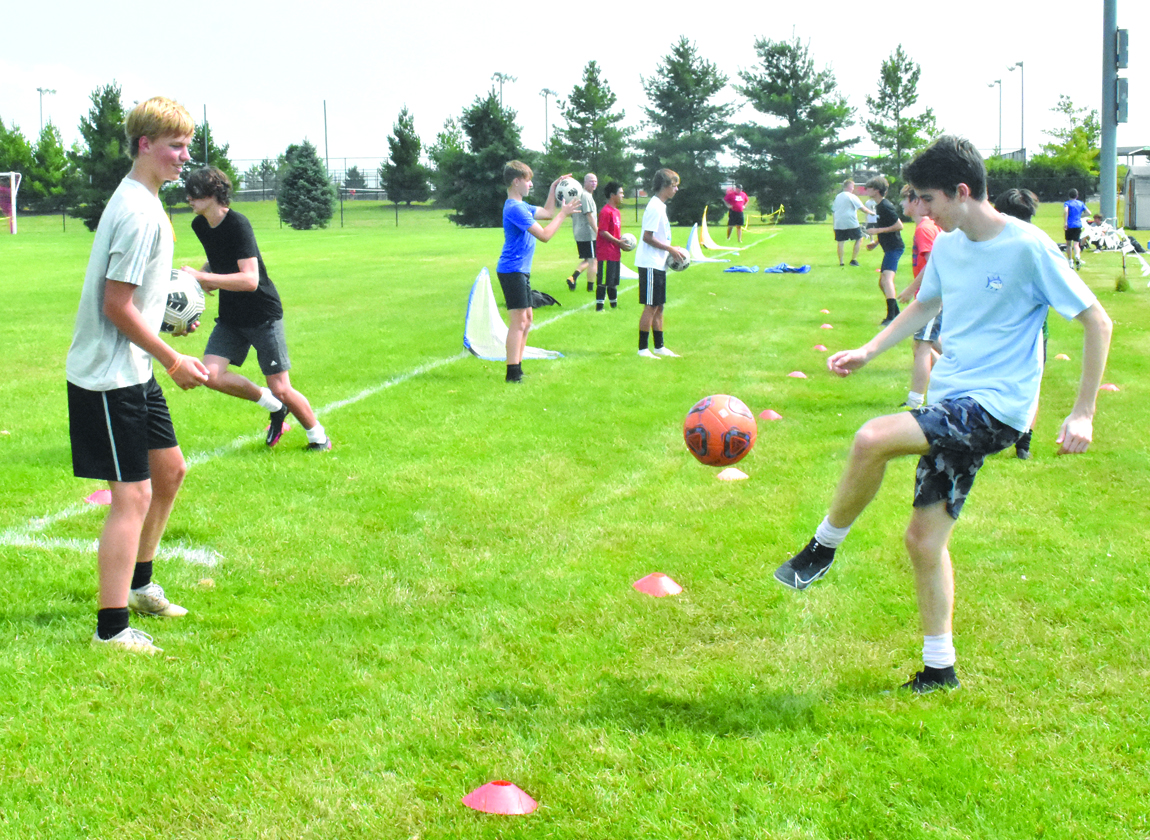 The Mt. Zion Boys Soccer team running through some drills during their first day of practice on August 9.

The Mt. Zion Boy’s Soccer team is a younger team that is ready for their season opener. Head Coach Scott Crawford believes his team will be a fun team to watch.

The team is composed of four seniors, seven juniors, seven sophomores and four freshmen. The leaders of this team on the offensive side of the field are looking to be juniors Zach Harvey and Kameron Clark. Defensively, it will be Jacob Zora and Logan Kendall who will spend time at center defensive back and right and left back.

“I’m hoping that they just get better as the season goes,” Coach Crawford said.

Last spring, the team compiled an overall record of 9-2-2 and in conference play was 6-2-2 and placed third in the Apollo Conference. Crawford said last season was rough with the mask mandates and wearing them for 80 minute games.

“The guys are really excited,” Coach Crawford said. “I think this year, they’ll be a lot more energetic and a lot more ready to go with being able to breathe.”

The off-season was a shorter one since boys soccer played in the Spring of 2021 instead of Fall of 2020. With summer practices and club ball these Braves have done their preparation. Coach Crawford said that with his kids playing club ball it helps him pick where he wants to start.

Club ball also let’s the players get reps, touches and other things during the off-season.

Coach Crawford goals for his team this season are to be above .500 in overall record and possibly win a regional title. He said that it is tough to win a regional since his team usually is sent to Springfield or Bloomington for their regional play. This year’s competition for the team during the regular season includes chances to play against Chatham-Glenwood, Quincy and Morton in a tournament at Chatham-Glenwood.

Coach Crawford’s overall message to the readers and the community is that this team is a fun team to watch and it will surprise some people.