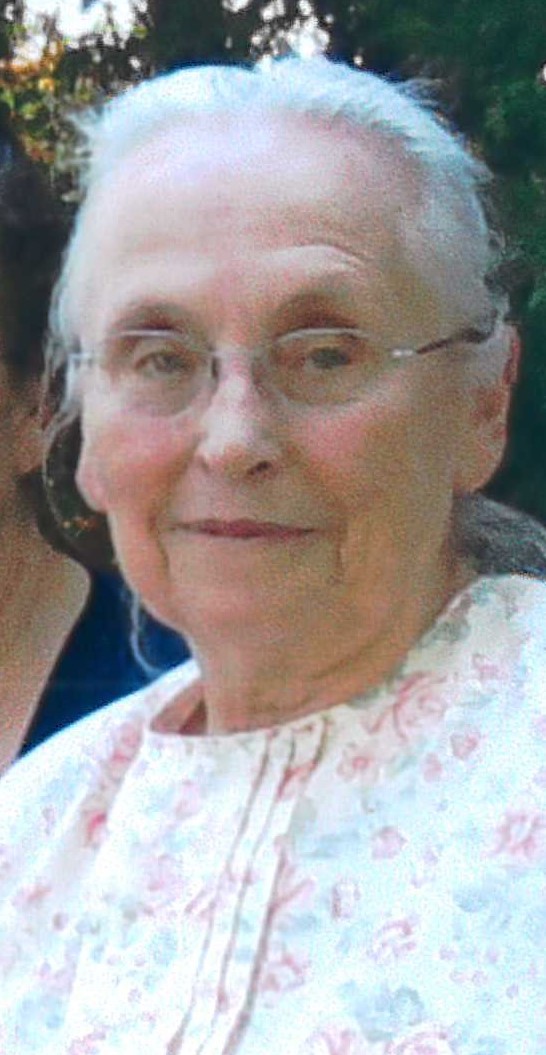 Martha (Plank) Gingerich, 97, of Arthur, IL, passed away early Sunday morning (August 15, 2021) at the Arthur Home. The funeral service will be held at 11:00 AM Friday, August 20, 2021 at North Vine Mennonite Church in Arthur, Illinois with burial following at the Arthur Cemetery. Visitation will be held, also on Friday, from 9:00 AM to 10:45 AM at the North Vine Mennonite Church just prior to the service. Funeral arrangements are being handled by Edwards Funeral Home, Arcola, Illinois.

Martha was born July 20, 1924 in Arthur, IL to John and Fannie Plank. She was married to Walter Gingerich on October 5, 1944 at her parents’ farm near Arthur. This choice of a wedding date resulted in many anniversaries being celebrated riding together in the combine. Martha had a deep appreciation for learning, both as a student and as a teacher. She spoke fondly of her childhood one room schoolhouse experience which laid the foundation for learning. A lifelong learner, her favorite subject was the Bible, evidenced by worn pages and bookshelves of commentaries. This ever-growing knowledge led her to be quick to volunteer as a teacher in Sunday School and at the Arthur Mennonite School. Her Bible-based faith was tested by the sudden death of their oldest son. Her faith remained strong, but healing was a continuous process, aided by the addition of quilting as a new hobby. Martha enjoyed 73 years of marriage to Walter. They both were active members of North Vine Mennonite Church and the Gideon Society. Together, they owned Arthur Meat Packing, Inc. for approximately 15 years and enjoyed serving on the Mennonite Relief Sale committee and the Arthur Mennonite School Board. Martha will be remembered for her deep love for her Savior, her unconditional love for her family, her amazing gift of hospitality, her infectious laugh and her apple pie.

In lieu of flowers, memorial contributions may be given to The Arthur Mennonite Relief Sale.