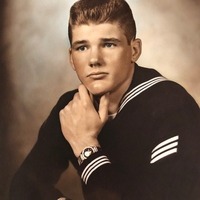 Phil was born on May 15, 1938 in Champaign, Illinois to the late Wesley and Mary Emily (Conley) Schwengel. He grew up in a farming family alongside two brothers, Marc and Jon. Together with their parents they farmed their family’s Centennial Farm located in Champaign County.

Growing up, Phil participated in 4-H where he showed Duroc pigs. As a junior in high school, Phil joined the Naval Reserves. He graduated from Champaign High School in 1956. In December of that same year he was called to active duty as a seaman apprentice, USN, aboard Navy Cargo Ship USS Betelgeuse (AK-260, 6th Fleet). Phil made resupply missions to the Carribbean, the coast of Cuba, Greece, Italy, Sicily, Spain, and France transferring practically every kind of cargo to ships, barges, and piers.

On August 3, 1959, Phil married Sharon Conner in Tuscola, Illinois. They have two children: Lorri and Kenny. The family lived on several farms across Champaign and Douglas County raising pigs and grain farming. Phil moved on from farming to become a semitruck driver, where he worked for J.M. Jones and SuperValu, retiring after 17 years of service. He continued to drive a truck for many years after retirement, hauling grain during harvest season for farmers around the Hugo and Tuscola areas.

Phil enjoyed watching movies, especially war films and westerns starring his favorite actor, John Wayne. He also enjoyed watching tractor pulls, going to gun shows, going for coffee and out to eat with his friends. Most of all, he enjoyed spending time with his family.

Phil is preceded in death by his parents and his grandson Tucker Schwengel.

Memorials are suggested to the Parkinson’s Foundation.