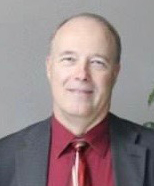 Robert (Bob) Gregory Conlin, Jr. was a caring son, brother, uncle and friend. He was a Godfather to many through his parish St. Joseph Catholic Church and embraced this role. He left this world suddenly on July 20, 2021 at age 63.

He is preceded in death by both parents. Survivors include his sister Patricia (Larry) Yoder, brothers John Conlin, Alan (Deonaha) Conlin and Michael (Vickie) Conlin along with six nephews, four great nephews and three great nieces.

He graduated from Arthur High School in 1976 and went on to college to Southern Illinois University to earn degrees in Business Marketing and Computer Science.

He relocated to Canton, MI where he was a project manager for Karmanos Cancer Center Institute. He was a faithful member of St. Joseph Catholic Church and believed strongly in the sacraments of the church, saying The Rosary daily. He enjoyed scuba diving, golf and baseball.