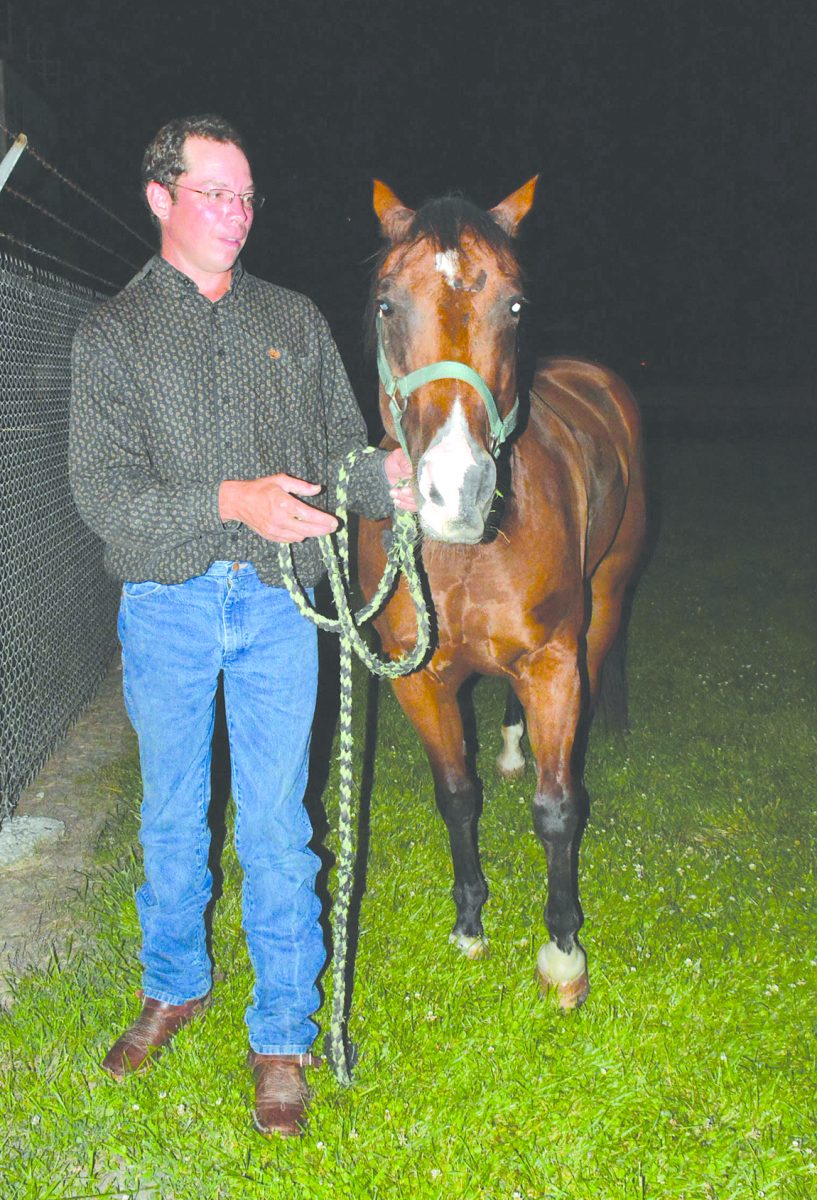 Marty Miller and Snip. The Rural Patriot will pay tribute to his fallen horse Snip and all those who have served during the Arthur Fireworks on July 31.

The Rural Patriot will pay tribute to his fallen horse Snip and all those who have served during the Arthur Fireworks on July 31.

Proudly brandishing an American flag, Marty Miller, the Rural Patriot, gallantly rode Snip the horse in front of the Niagara Falls for many years at the fireworks. Snip unfortunately won’t make that ride this year as he was recently diagnosed with respiratory pneumonia and had to be euthanized.

Miller is understandably upset over the death of his friend and trusted companion. Instead of moving forward with a new horse this year or not participating in the fireworks, Miller will use the time normally reserved for him and Snip’s ride to honor Snip and to celebrate the freedoms Americans enjoy.

When the Niagara Falls begins during the fireworks, Miller and his brother Doug will carry Snip’s saddle, place it down onto the field, place an American flag into the saddle and then walk away.

“This tribute is not just for Snip; this is for all those who have fought and died for this country and given us the freedom to be able enjoy these fireworks,” said Miller. “Thanks to those who serve, we enjoy many freedoms including freedom of religion and we can pray and attend church, It doesn’t matter what religion you are.”

Miller and Snip had developed a trust, said Miller who enjoys training horses. And when a rider and a horse are riding in front of bright fireworks and a massive crowd who are loudly cheering and clapping, trust between the rider and horse is paramount.

“It’s amazing how a human and an animal can connect,” said Miller who could tell when Snip was listening because Snip remained calm and responded to Miller’s gentle commands.

Snip was 15-years-old and Miller said this would have been his final ride at the Arthur Fireworks.

“Whenever Snip and I rode, we rode for freedom,” said Miller. “We rode for all those who have served.”

Miller will return with a new horse in 2022 for his annual freedom ride.