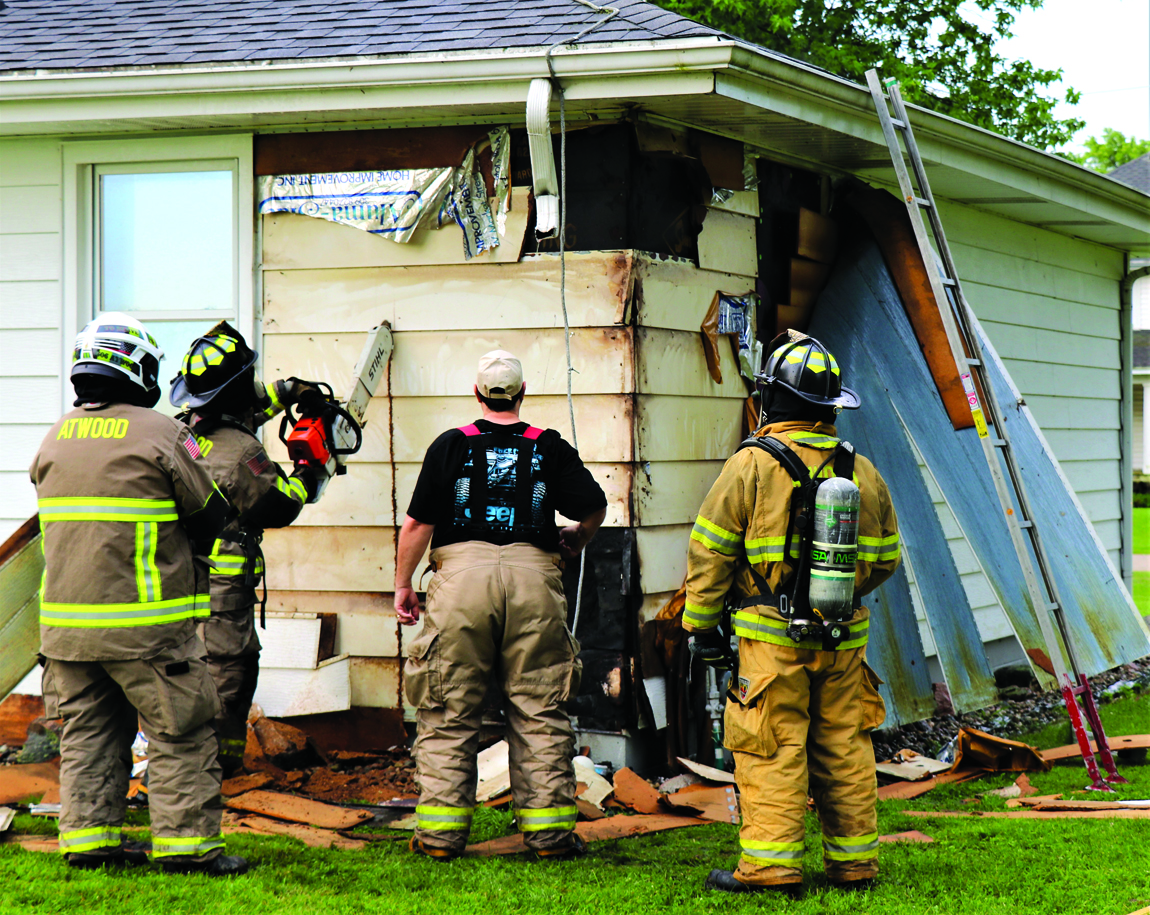 Doris Gregory, west of Atwood, was very fortunate on Sunday, July 25, when her house had a smoldering fire, she was unaware of.

According to Atwood Fire Chief Joe Dukeman, Doris was up off and on all night due to the bad storm with lots of lightening and loud thunder. She said she heard popping and crackling all night long, but didn’t think much about it. She got up in the morning and prepared to go to church. When she went outside, she noticed smoke coming from the north-west corner of her home. That is also where her bedroom is located.

She called her daughter Dianna and she told her mom to hang up and call 911; she would be there as soon as she could. Chief Dukeman was relieved he didn’t see a blaze coming from her home when he was on his way there. He said there was a smokey haze, but no blaze.

Chief Dukeman said there was a smoldering fire in the corner on the outside. Dukeman thinks lightening hit where the cable meets at the bottom of the house and the cable turns to go to the ground rod. There was Celotex and two layers of siding on the house keeping the air from igniting a blaze.

Dukeman said Mrs. Gregory was fortunate it did not ignite and that she saw the smoke before she left her home. He didn’t think it would have been very long before the smoldering turned to a blaze.

There was no damage inside from smoke or even smell.