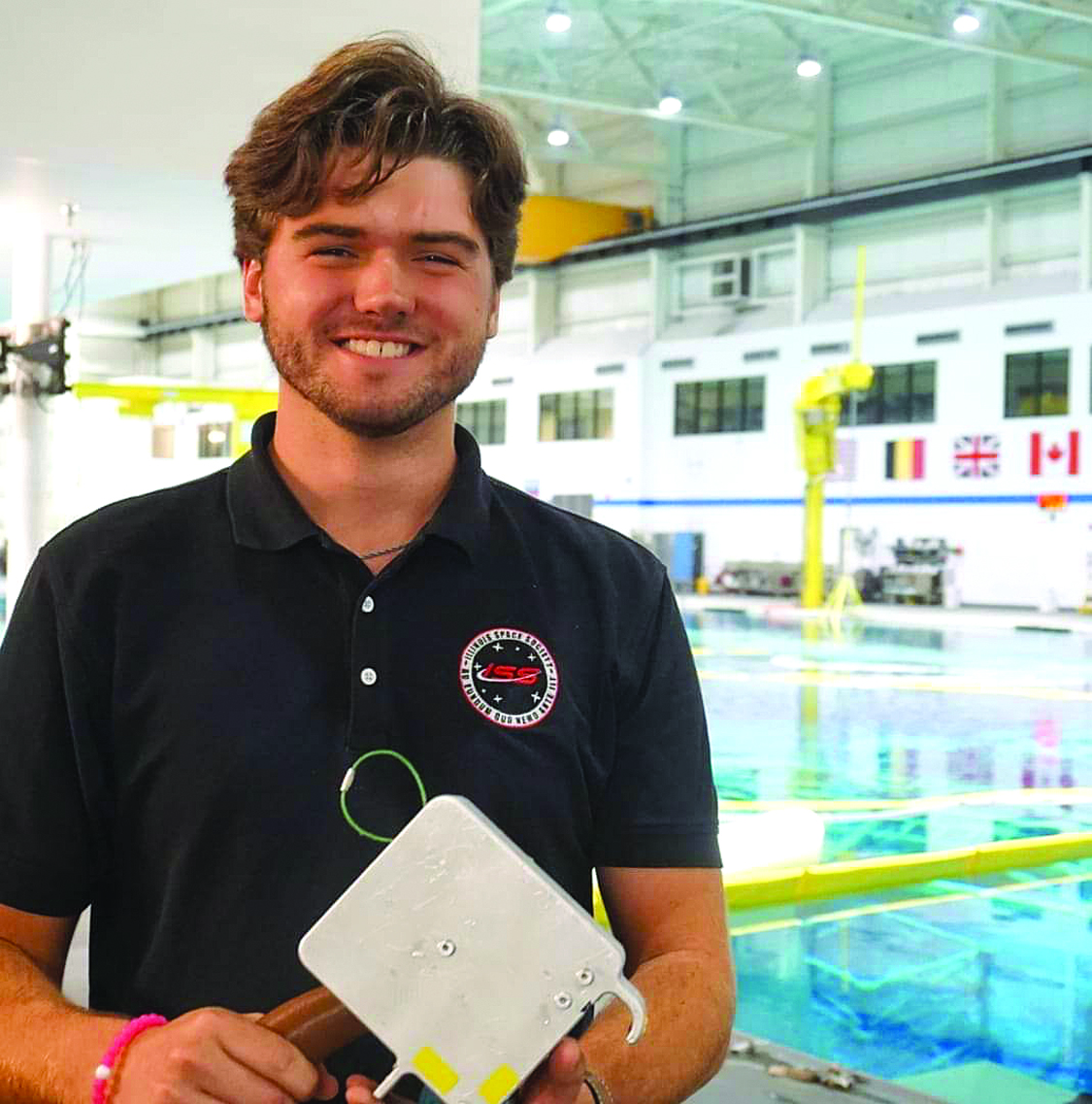 Noah Henricks grew up in Cerro Gordo. By the time he was in the second grade, Noah knew what he wanted to be when he grew up. A lot of people have a dream and sometime the dream changes as they get older; this wasn’t the case for Noah. He enjoyed watching space documentaries and this fueled the fire for his dream. He became more and more enthusiastic about this dream, and now it is coming true.

A 2021 May graduate of the University of Illinois with a Bachelor’s Degree in Aerospace Engineering, Noah has been hired by S & K Global Solutions, a contractor for Boeing Aerospace, to work with the International Space Station for NASA.

At this point in our interview, I was a little overwhelmed and proud of this young man who I just met. Noah never lost sight of his goal; he had a firm grasp on his dream since second grade.

Boeing is the main company that works with experiments that go to the space station. The “Illinois Space Society, a university RSO,” takes care of different experiments. NASA has a Neutral Buoyancy Lab which Noah described as a giant swimming pool for astronauts to get them used to weightlessness.

The first design team Noah was on invented a mechanical rubber stopper capable of patching up any holes.

The second year Noah was safety liaison in charge of all their tests. His team of 10 students fully designed a tape gun with a Velcro strap using Kapton (gold-colored duct tape used in space). The team shared their ideas and came up with this design. Noah had the privilege of talking with the astronauts when they were underwater at the Buoyancy Lab testing their design.

The project was completed and in 2019 the entire team was invited to the International Astronautical Congress where they won the Hans Von Muldau team award. There were several teams working in this competition, and this was the first time an Illinois team had won. They were all very proud of their accomplishments.

They had the privilege of meeting Mike Hopkins, a University of Illinois alumni, and commander of the Dragon Crew that returned from space May 2. This was before the award, but they were thrilled to have their picture taken with Hopkins when they were there. Professor Michael Lembeck, Aerospace Engineer, was their instructor at the U of I.

In looking back at Noah’s past, he was a 2017 graduated of Cerro Gordo High School. He was a good student and participated in football, basketball, baseball and track. He was named Student of the Month while he was in school.

Noah bid farewell to his family and friends in Cerro Gordo on Friday, June 18, and headed to Webster, TX, a suburb of Houston where he will reside. He began his new job on Monday, June 28.

Noah is very proud that his roommate at the U of I was offered the same job and they will be working together.

At the time of our interview, there was a sign in Cerro Gordo that said “Good Luck Rocket Man.” When I asked Noah who was responsible, he smiled and said “dad.” With Noah’s accomplishments to date, the sky (or should I say space) is the limit.