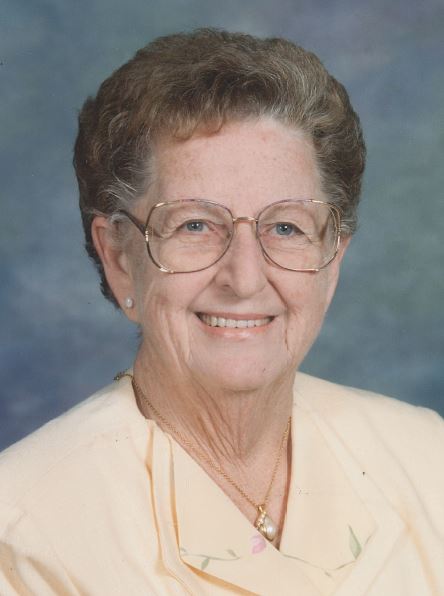 Rose Marie (Cochran) Gordon, 92 of Lovington, passed away peacefully at 6 am, Friday, June 25, 2021 with her daughter by her side.

Services to celebrate Rose’s life will be held at 11 am on Tuesday, June 29, 2021 at the First Christian Church in Lovington, conducted by Kevin Ray. Visitation will be held from 9 to 11 am on Tuesday at the church. The burial will be in Keller Cemetery. Memorials are suggested to the Lovington Ambulance Service or to Christ’s Pantry at the First Christian Church in Lovington. Graceland/Fairlawn is assisting the family with the arrangements. Condolences and memories may be left at www.gracelandfairlawn.com.

Rose was born on October 13, 1928 in Peoria to Walter and Esther (Wilson) Cochran. She married William J. Gordon on March 9, 1946. They had five children. Rose was a devoted and loving mother and homemaker. She was well known for making homemade pizzas for her children and their friends. One of her favorite memories was sailing on the Rhine River in Germany. She was always involved in her children’s lives, spent years on the P.T.A. at Lovington Grade School and was a Den Mother for the Cub Scouts. She was dedicated to Christ’s Pantry, a caregiver to her husband and children, parents, aunts and anyone who ever needed help.

Her Husband of 52 years preceded her in death on December 1, 1998. She was the oldest of seven children and two survive. Michael (Mick) Cochran of Alpena, MI. and Joanne Paige of Phoenix, AZ. She also leaves a very special cousin and sister-in-law- Wade Wilson and Peggy Cochran. Her parents, three brothers, 1 sister, 1 daughter in law, two grandchildren, and 1 great grandchild also preceded her in death.