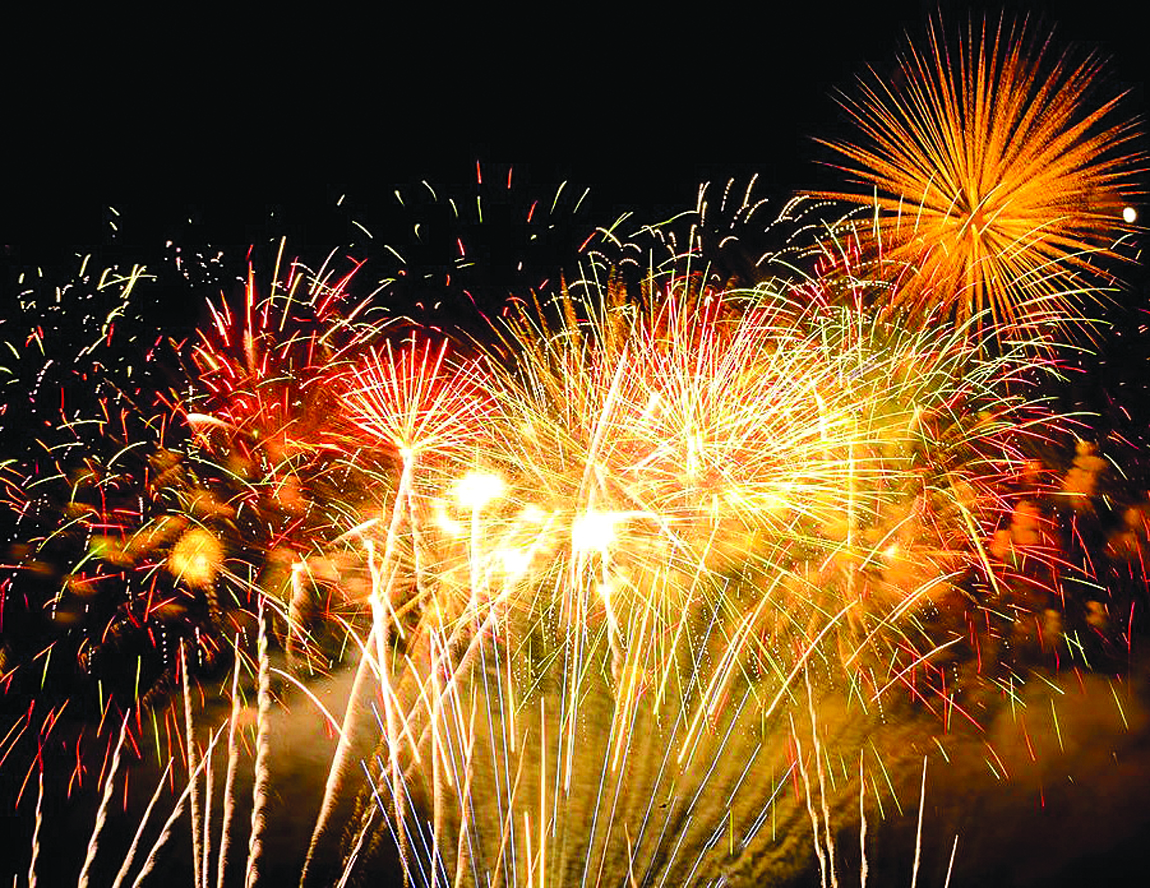 The community of Arthur will put out the “Welcome Mat” for thousands of visitors this Saturday, June 26, as it hosts the annual Freedom Celebration downtown and in Jurgens Park (the Moultrie-Douglas County fairgrounds).

The celebration has two parts with a parade downtown and the Arthur Fireworks in the park south of the high school.

The annual Freedom Celebration Parade steps off at 2 p.m. on East Progress Street. Line-up begins at 12:45 p.m. in the former Progress Industries property on the north side of the street.

Members of the Arthur American Legion Auxiliary 479 are grand marshals and will lead the procession. The unit is observing its 100th year.

Belgian horse hitches, queens, politicians, antique cars and tractors, floats, and more will delight those in attendance for the annual parade sponsored by the Arthur Area Association of Commerce.

The parade proceeds west on Progress Street to Vine Street, south on Vine Street to Logan Street, east on Logan to Pine Street, and north on Pine back to Progress where it will disband.

At 4 p.m. events begin at the park, leading up to the spectacular fireworks displays. Concession stands and vendors galore will be offering a wide variety of food and treats set up on Jurgens Parkway.

Special guests Captain Rat and the Blind Rivets will be performing before the fireworks from 6-9 p.m. behind the high school.

Central States Fireworks of Athens will once again be presenting almost 30 minutes of fireworks accompanied with music which will be simulcast on the radio station WZNX-The Fox, 106.7 FM.

This year marks the 20th anniversary of the 500-foot Niagara Falls and Wall of Fire featuring the Rural Patriot riding a horse and carrying the American flag.

The Niagara Falls Fellows, under the direction of Larry Schlabach, return to launch a battery of fireballs including Vesuvius, one of the most powerful fireballs in any fireworks display in east central Illinois.

Arthur Rotary Club presents The Arthur Fireworks with the assistance of hundreds of businesses, organizations, and individuals who support the event financially and through volunteerism.

The fireworks display is scheduled to begin at dusk (around 9:30 p.m.).

Come early and enjoy the parade; stay late and celebrate America with the spectacular Arthur Fireworks.

Programs they sponsor at Arthur Lovington Atwood Hammond Schools include:

•Scholarship for a graduating senior

•Military Cords worn with cap and gown to graduating seniors entering the military.

Four times a year the unit places flags to honor our veterans on Memorial Day (May), Flag Day (June 14), Independence Day (July 4), and Veterans Day (November 11). The 600 flags line Vine Street, Eberhardt Village and Arthur Home, across the front of the ALAH High School, and the flowerpots in the business district. We also place 114 of our blue Auxiliary flags on our past members’ graves on Memorial Day in the Arthur, Chesterville, and Bourbon cemeteries.

Military street signs are put on the light poles throughout Vine Street after the soldier has finished basic training. Parents are asked to contact an auxiliary member.

Gold Star Mothers, a mother who has lost a son or daughter while in the service, are honored at Easter with a card and a Lily and at Christmas time with a poinsettia and a card.

At Christmas time they also give a gift to the veterans in The Arthur Home and Eberhardt Village, and throughout the year they send them cards.

They also assist the Service Club at the ALAH High School by purchasing berets and Legion Auxiliary patches for their shirts and sew the patches on their shirts. The Service Club helps the Honor Guard in parades and with Memorial Day services at the cemetery.

The only fundraiser for the unit is accepting donations for poppies in May on National Poppy Day.

The Legion Auxiliary Unit could not do what they do without the support of the community for which they say thank you.