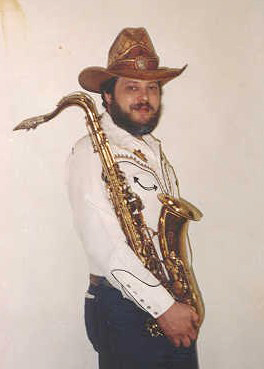 A service to honor and celebrate John’s life was held at 1:00 p.m. on Tuesday, June 22, 2021 at Dawson & Wikoff West Wood Street Funeral Home. The family received friends for a time of visitation from 11:00-1:00 p.m. on Tuesday. John was laid to rest in Marrowbone Cemetery, Bethany.

John was born on June 10, 1957 in Decatur, IL, the son of John P. Kaigley, Sr. and Bonnie (Stivers) Kaigley. He married Deborah A. Kidwell on November 21, 1983. John was an accomplished musician and a 30-year General Motors Master Technician. His parents started the Rolling Prairie Country Opry in Findlay. As a boy, John was a featured attraction playing his saxophone and guitar. He later moved to Nashville, TN and played on the Ralph Emery Morning Show. John’s love for playing lead guitar, lead vocal and saxophone led him to the Baldknobbers in Branson, MO. And he then continued locally for many years. He also enjoyed hunting, competitive trap shooting (previous state champion), woodworking and John was a well-known drag racer in his early years. The love of John’s life was his family.

He was preceded in death by his parents and grandparents.

Messages of condolence may be sent to the family at www.dawson-wikoff.com.