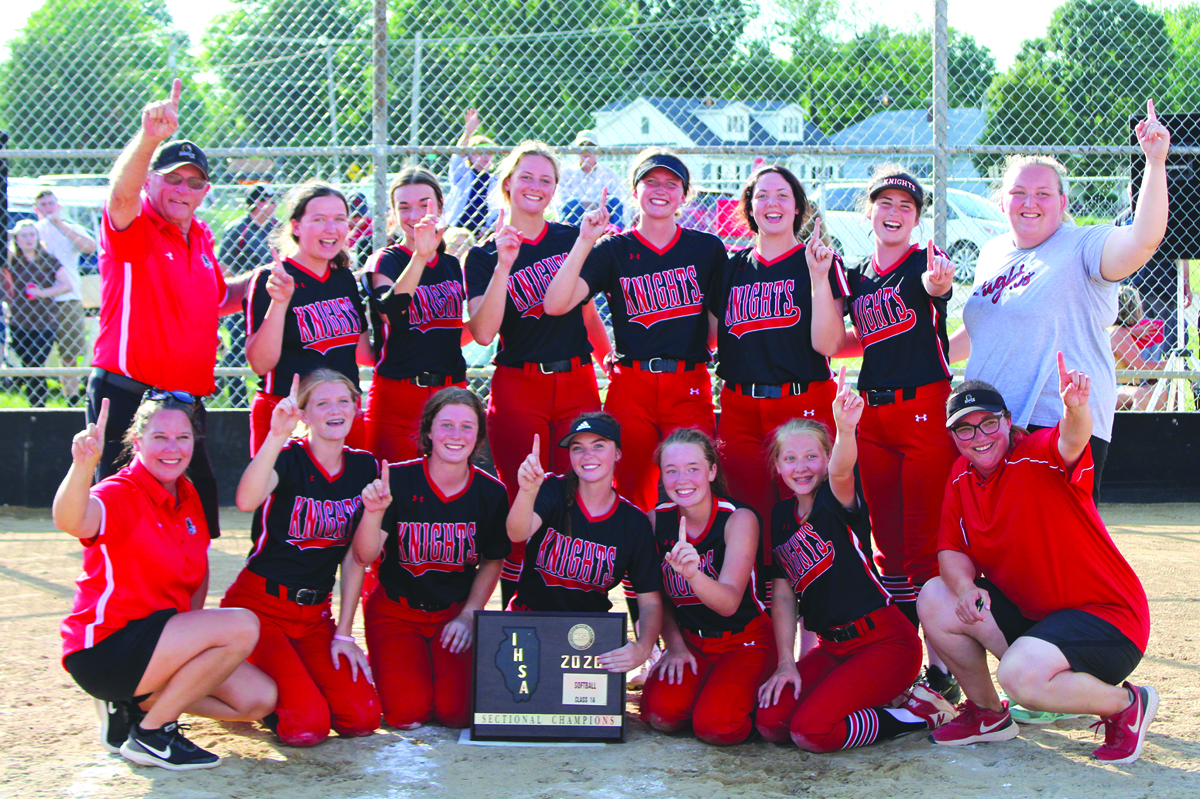 The last time an Arthur softball team advanced to the super-sectional was the 2003-2004 season when the Lovington-Arthur Lady Panthers faced the Casey-Westfield Warriors at the University of Illinois in Urbana. In a heartbreaker, they lost 1-0 in the 11th inning as stand out pitcher Nikki Davis struck out the batter, but the runner came in from third and was safe at the plate ending the Panthers season.

On Thursday evening the Arthur Lovington Atwood Hammond Knights softball team continued its winning ways claiming the Class 1A Sectional Championship with a 2-1 win over Argenta-Oreana.

Runs were at a premium as both teams were strong in the pitcher’s circle.

Still scoreless heading into the bottom of the 4th inning, with Makenzie Brown on first after the walk, Alisha Frederick hit a double deep to center field, scoring Brown who was safe at home on the throw allowing Frederick to advance to third base. Next batter up for ALAH was Kailee Otto who sacrificed with a hit to third base allowing Frederick to score and the Knights had the lead 2-0 at the end of the inning.

The Bombers scored one run in the top of the 5th and threatened again in the top of the 7th with runners in scoring opportunity on second and third, but Brown struck out the next two batters for Argenta-Oreana giving Arthur Lovington Atwood Hammond the victory.

Alisha Frederick and Kailee Otto each collected two hits to lead the team as they totaled five hits in the contest.

Makenzie Brown took the win as the righthander surrendered one run on four hits over seven innings, striking out 16, and walking zero.

Newbanks took the loss for the Bombers going six innings, allowing two runs on five hits, and striking out eight.

Following the game and plaque presentation, the team was escorted through Arthur by the police and fire departments as family, friends, and fans joined in the celebration.

They traveled to Bloomington (Illinois Wesleyan University) on Monday night June 14 to play the Ottawa (Marquette) Crusaders with the winner advancing to the state semi-finals on Wednesday, June 16 at 10:00 am in Peoria.