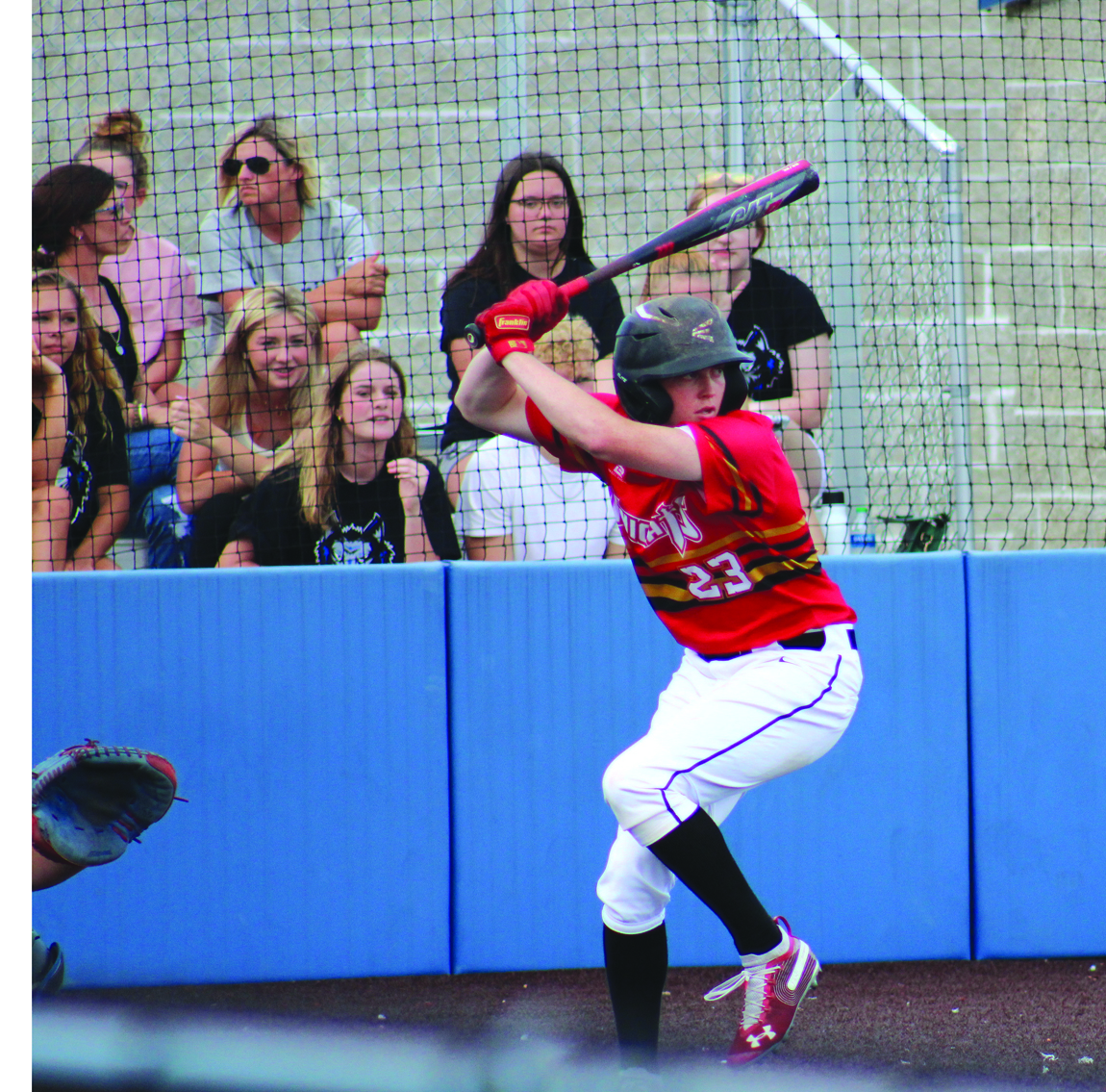 Quentin Day is ready to hit the ball in the regional final game against Okaw Valley on Monday, June 7. Later in the game, Quentin had an awesome catch of a line drive off a Timberwolf bat. The Knights’ season ended in this game with OV winning 4-0.

In the regional championship game hosted by Okaw Valley, ALAH watched the game slip away early and couldn’t recover in a 4-0 loss last Monday despite outhitting the Timberwolves six to four.

Okaw Valley opened up the scoring in the first inning, when Roley singled on a 1-1 count, scoring one run.

Hilligoss also led the team with two hits in three at bats.

Hagerman got the win for Okaw Valley.

Coach Silvanik commented after the game, “I am so proud of the way we played in the regional finals. We started 4 years ago chasing schools like Okaw Valley, so that we could eventually compete with them evenly on the field. No doubt, we have achieved that goal. Next year, I expect, we’ll kick that door down.”

Reflecting on the 2021 season, Silvanik stated, “More than anything, we are just grateful to be playing again after losing last season to the pandemic. This year’s team made it their mission to continue lifting the strength and reputation of our baseball program, and they absolutely accomplished that. We played a tough schedule with several Class AA and AAA schools, and never felt we were out of our league. We beat both Tuscola and Monticello, 2 teams that four years ago we looked at as teams we aspire to compete with. And thanks to this year’s team, we now know that playing in regional finals and sectionals should be something we aspire to every year.”

He continued, “Because of our low roster numbers this season, none of this could have happened without the total dedication of the school administration, and especially the support of our other coaches to encourage some of their key players to pick up a bat and play baseball for the Knights this season.”

Silvanik concluded, “There were 3 seniors this year who have been with me since Day 1 in Arthur: Logan Brough, Nik Miller, and Brady Borntreger. These 3 players dedicated themselves to becoming high-performing leaders for us, and indeed they are a big reason why our program was able to take another step forward this year. Their commitment and leadership has set the standard for what we want in our players in the future.”

Defeated 2 2A rivals known for their baseball programs: Tuscola and Monticello

Played in our first (not last!) regional final game since Arthur-Lovington HS did in 2005