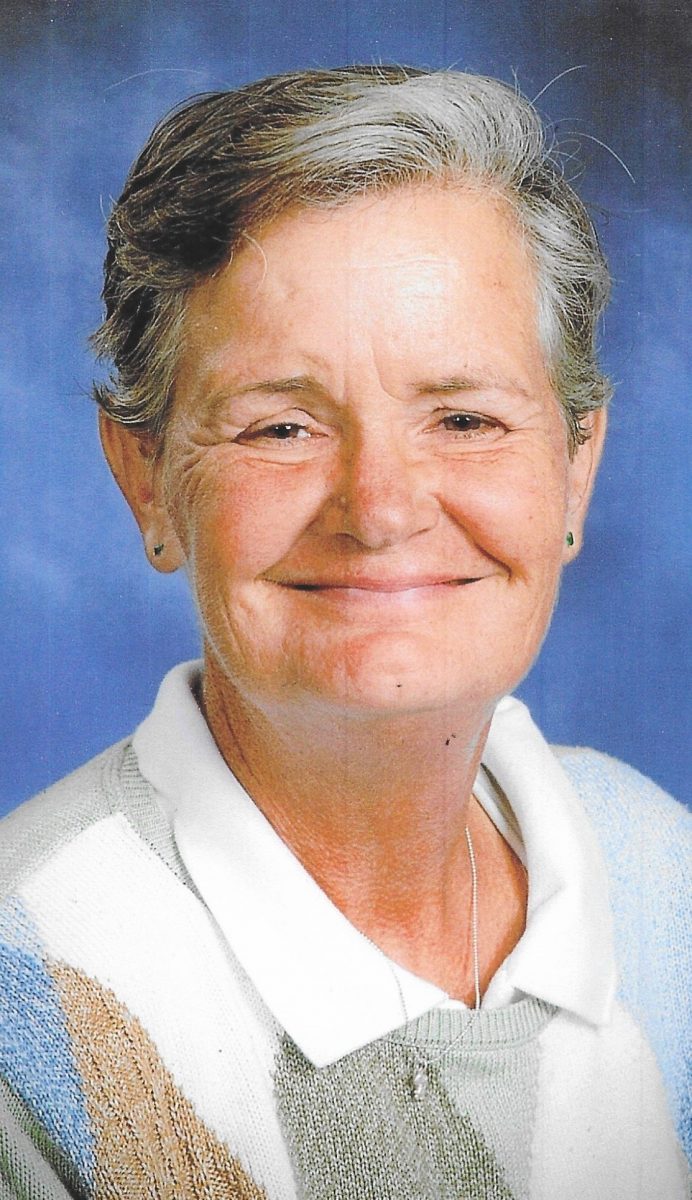 Stephanie was born in Decatur, IL on May 14, 1957.  She was the daughter of Ronald D. and Sandra J. (Ballinger) Augustine.

Stephanie attended Mt. Zion Schools and graduated with an Associates in Business from Richland Community College.

Stephanie attended Mt. Calvary Lutheran Church where she also taught Sunday School for many years and was in charge of the annual Easter Egg Hunt.   She was an accredited IHSA Girls’ Volley ball referee with 30 years of service.   She worked for the Elwin Tree Farm for over 25 years.  Stephanie was a member of IBEW Local 146 and was employed by Decatur Industrial Electric as an Utilityman for 5 years. She became a member of the Lincolnland Ambucs in 2000 and was honored as Ambuc of the year 2003 – 2004 and 2013 – 2014.  She annually sponsored a “Golf Hole” in the Annual Charity Golf Outing.  Stephanie in her earlier years babysat and played women’s softball.  Her passion was her Snoopy or Peanuts collection. She also had another big passion…collecting her aluminum cans.  Her hobby started when she collected them for a child to attend a day camp.  The Mt. Calvary Lutheran youth group was able to go on a mission to San Antonio, TX, a donation was made to Baby Talk, the Starr Riding Program, and her final charity was Paw Print Ministries.  As her disability sidelined her from work and driving, she began to ride her bike and started collecting cans.  She removed the tabs for the Ronald McDonald House, etc, smashed the cans, and took them in for recycling. She would collect the money and share with her chosen charity.  At the end the cans were donated by family and friends with the same donation results.

Stephanie was diagnosed with Alzheimer’s Disease in 2012.  She participated in the Annual Alzheimer’s Walk for 7 years.  Supported in the walk by many members of the family and her friends.

She had 9 nephews and 7 nieces, and 11 great nephews and 5 great nieces and 1 great-great niece. While she had no children, her babysitting children and the children of Mt. Calvary were precious to her.

She is preceded in death by her mother, Sandra J. Augustine, grandparents Glenn B. and Karleen Ballinger and Ralph and Mildred Augustine and a great nephew, Zaydin.

A service to honor Stephanie’s life will be held at 11:00 a.m., Friday, June 11, 2021, at Mt. Calvary Lutheran Church, Decatur.  The family will receive friends for visitation Thursday evening from 5:00 p.m. until 7:00 p.m. at Dawson & Wikoff Funeral Home, Mt. Zion and beginning at 10:00 a.m., Friday morning until service time at the church.  Burial will be in Macon County Memorial Park Cemetery, Harristown. The family is requesting casual attire for all of her services.

Memorials may be made in Stephanie’s memory to any of the many charities she supported including: Alzheimer’s Association, Ambucs, Baby Talk, Brain Support Network, Mt. Calvary Lutheran Church, Paw Print Ministries, Starr Riding Program, or Starting Pointe.

Special thanks to her personal assistant and friends, others who loved and cared for her and her companions and friends from Paw Print Ministries.

Just remember “Happiness is a warm puppy” and Stephanie truly was full of happiness and will be greatly missed by all.