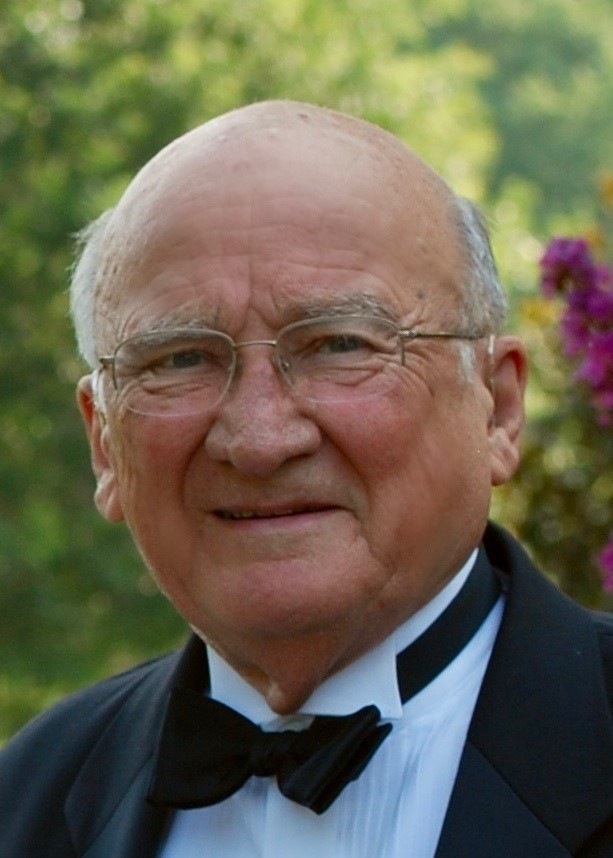 Noel was born September 27, 1929 in Broadlands, Illinois, the son of Kenneth and Mary Logan Dicks. Noel, along with his brothers Wallace and Darrell moved to Arthur in 1944 and graduated from Arthur High School in 1947. Noel graduated from the University of Illinois College of Pharmacy in 1952. Upon graduation, he served the United States Army during the Korean War as a pharmacist at Brooke Army Hospital in San Antonio.

In 1957 Noel married the love of his life, Iris Jeanne Lape of St. Peter, Illinois. They lived briefly in Decatur until he purchased Grantham Drug Store in Arthur in 1960 and changed the name to Dicks Pharmacy. He remained the sole proprietor until his retirement in 1995. Noel and Iris gave their hearts, time and talent to the village and people of Arthur for over 60 years, through the Pharmacy, serving their church as well as many civic organizations.

Noel committed his life to the Masonic Lodge and the Scottish Rite beginning in 1955 at the Arthur Lodge No. 825, having received his degrees there.  He studied the ritual of the Fraternity and become a Grand Lecturer in 1984.  He served as Grand Master of the Illini District of the Grand Lodge and Assistant Area Deputy of the Eastern Illinois region.  Noel was elected chairman and secretary of the Board of Grand Examiners. He was elected Junior Grand Warden in 2000 and was elevated to the office of Grand Master of the Grand Lodge of Illinois in 2005 and re-elected in 2006.  He served the Scottish Rite Bodies of the Valley of Danville as Chairman of the Ancient Craft Degree Team, Commander in Chief of the Danville Consistory and Chairman of the Board of Directors of the Valley. Noel received the 33rd degree from the Supreme Council of Scottish Rite in 1991, the same day his first grandchild was born. He was a member of the York Rite Bodies of Decatur Chapter No. 16, Macon Chapter No.21 and Beaumanior Community No. 9. He was an active member of Ansar Shrine and the Illini Shrine Club and numerous other Masonic organizations. Although Noel held many important offices in these organizations, he always told fellow lodge members “I’m still a 3rd degree Mason like you”.

Visitation will be Wednesday, June 9 at the Arthur United Methodist Church 128 E. Illinois St. from 2-4 and 5-7 p.m. with a Masonic service to follow at 7:30 p.m. Funeral service Thursday, June 10, 11 a.m. at Arthur United Methodist Church with internment to follow at Arthur Cemetery. Shrader Funeral Home, Arthur, is assisting the family with arrangements.

In lieu of flowers, please consider a memorial in Noel’s name to Arthur United Methodist Church or Arthur Masonic Lodge No. 825.