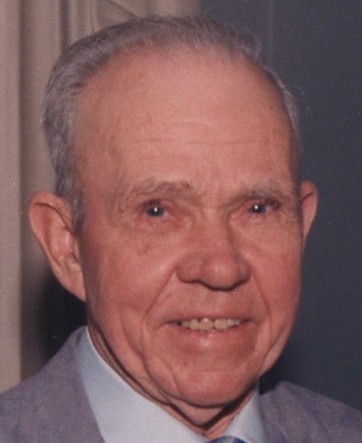 Funeral services will be held at 10:00 a.m. Friday, June 11, 2021 at Shrader Funeral Home with Pastor Bret Hammond officiating. Burial will follow in the Arcola Cemetery with military rites accorded by Mattoon VFW Post and Navy Honor Guard. Visitation will be held from 6:00-8:00 p.m. Thursday at the funeral home.

George graduated from Stewardson High School in 1944 and then enlisted in the U.S. Navy and served during World War II aboard the USS Cape Gloucester. He retired from U.S.I. Industrial Corp. in Tuscola in 1990 after 35 years. After retiring, he remained busy by working at Ray & Kay’s in Arcola and also as a janitor at the Arcola Schools.

George was a St. Louis Cardinal Fan, enjoyed working in his yard, and spent time tinkering with car and lawn mower motors. Until recently, you could find him cleaning gutters on the roof, putting up a new flag pole, and pulling shrubs in the front yard.

We would like to thank the staff at Oaks Manor for their loving care.