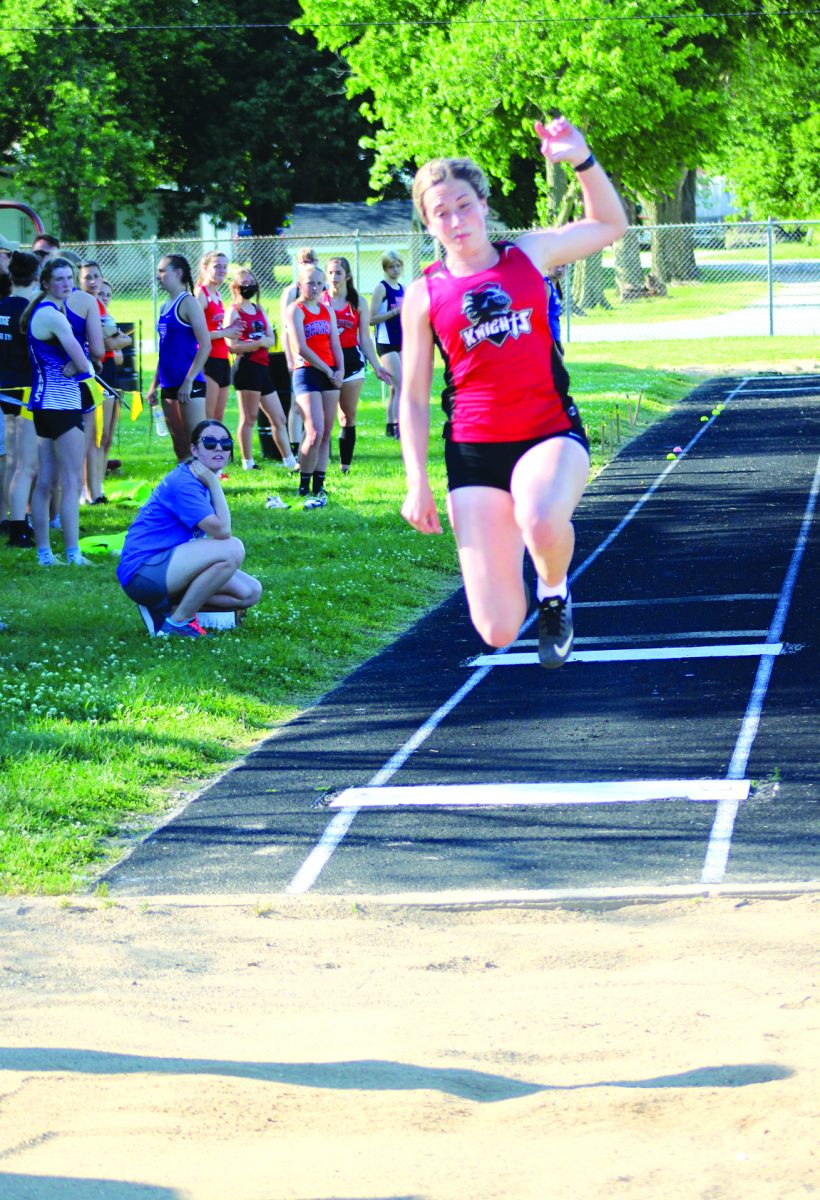 Alexa Miller, a junior on the Arthur Lovington Atwood Hammond girls track and field team takes off the runaway in the triple jump at the I.H.S.A. Sectional meet hosted by Tuscola High School last Friday, June 4. Alexa took second place in the event which qualifies her for the I.H.S.A. State Track and Field Championships that will be held next Thurday, June 10 at Eastern Illinois University in Charleston.

Junior Alexa Miller qualified for the State Track & Field Meet by taking second place in the triple jump with a leap of 10.10 meters, which is about 31’ 1”. Alexa will compete at State at Eastern Illinois University next Thursday, June 10. The triple jump is tentatively scheduled to start at noon. She came close to qualifying in her two other individual taking third in both the 100 meters with a time of 12.99 seconds and the 200m in a time of 27.82. First and second place finishers are automatic qualifiers and others qualifying by meet standards set by the I.H.S.A.

Sarah Rafferty scored the other points for the Knights by finishing fourth in the 800 meter run with a time of 2:47.47.

The team finished in tenth place with 24 points in the fifteen field. Shelbyville won the meet with 83 points, Tuscola was second with 63. There was a three way tie for third with Sullivan, Okaw Valley and Pana scoring 58. Sixth was Maroa Forsyth, 49; seventh, Warrensburg Latham, 45; eighth, Meridian, 28; and ninth, Argenta Oreana, 27. Finishing behind the Knights in eleventh was Villa Grove, 19; twelfth was Cerro Gordo Bement, 17; thirteenth, Hume Shiloh, 16; fourteenth, Arcola, 9 and fifteenth, Central A & M, 3.

With no seniors on the team, the girls are looking forward to improving on their efforts this season and also encouraging more girls to join them on the 2022 Knights girls track and field team.