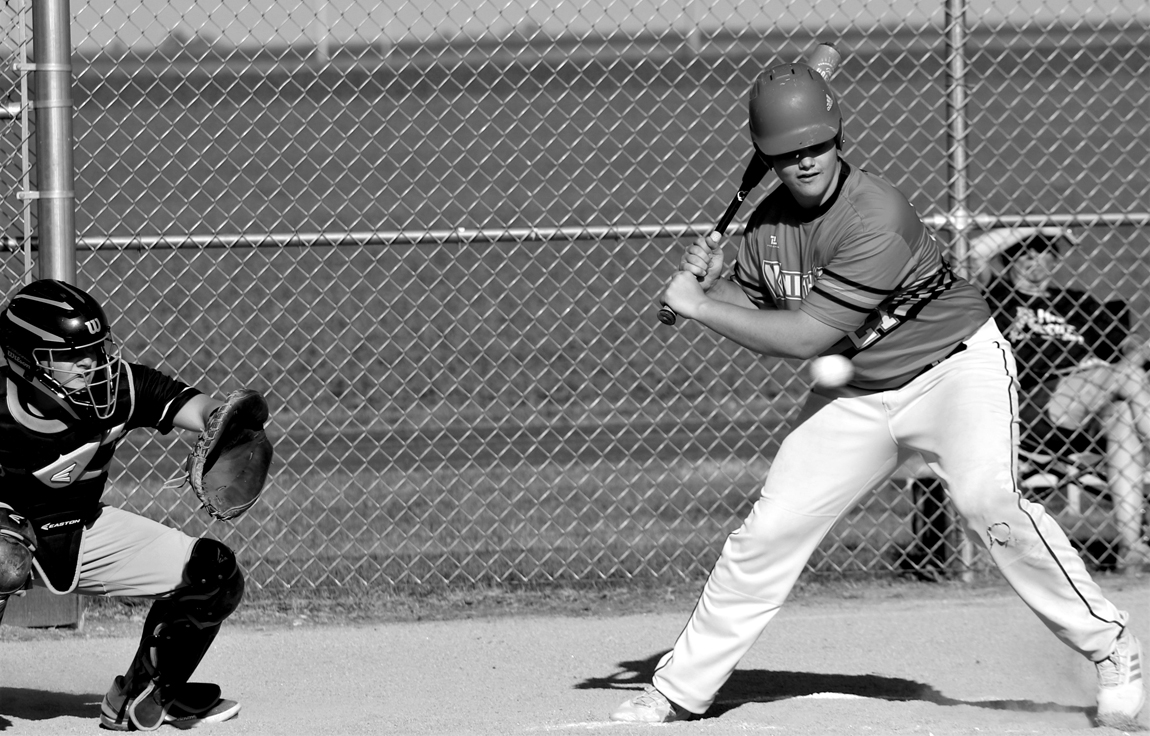 WINNING HIT. With the game tied at 4 all in the bottom of the tenth inning, Knight Brayden Fay singles on a hard ground ball with the count 0-2 scoring Brady Borntreger. Fay had three hits in five at bats in the game to lead ALAH.

A walk-off single propelled Arthur Lovington Atwood Hammond to a decisive, dramatic victory over Casey-Westfield, 5-4 at home on Friday.

The game was tied at four with the Knights batting in the bottom of the tenth when Brayden Fay singled on a hard ground ball on a 0-2 count, scoring Brady Borntreger for the winning run.

The Knights opened up scoring in the first inning, when Nik Miller singled on a 0-1 count, scoring one run.

In the top of the sixth inning, Casey-Westfield tied things up at four driving in two runs when Carlen singled.

Brady Borntreger earned the win for ALAH as the righthander went four innings, allowing zero runs on four hits, striking out five and walking one. Nik Miller started the game lasting five and two-thirds innings, allowing five hits and four runs while striking out eight. Wyatt Hilligoss threw one-third of an inning in relief out of the bullpen.

Overbeck took the loss for the Warriors.

With a total of 14 hits in the game, Fay, Miller, Borntreger, Hilligoss, and Quentin Day all managed multiple hits as Fay lead the team with three hits in five at bats.

ALAH played in the Regional championship game on Monday night at Okaw Valley.

At home on Tuesday, the Knights stole the lead late and defeated Villa Grove/Heritage 5-4.

Despite Villa Grove/Heritage scoring three runs in the fourth inning, ALAH still managed to pull out the victory.

With the game all tied at four and ALAH batting in the bottom of the sixth, Clay Seal doubled on a 0-2 count, scoring one run.

Davison took the loss for Villa Grove/Heritage. The hurler lasted two-thirds of an inning, allowing one hit and zero runs while walking zero.

The Knights racked up nine hits on the day. Logan Brough, Seal, and Hilligoss all had multiple hits as Hilligoss, Seal, and Brough each collected two hits to lead the team.