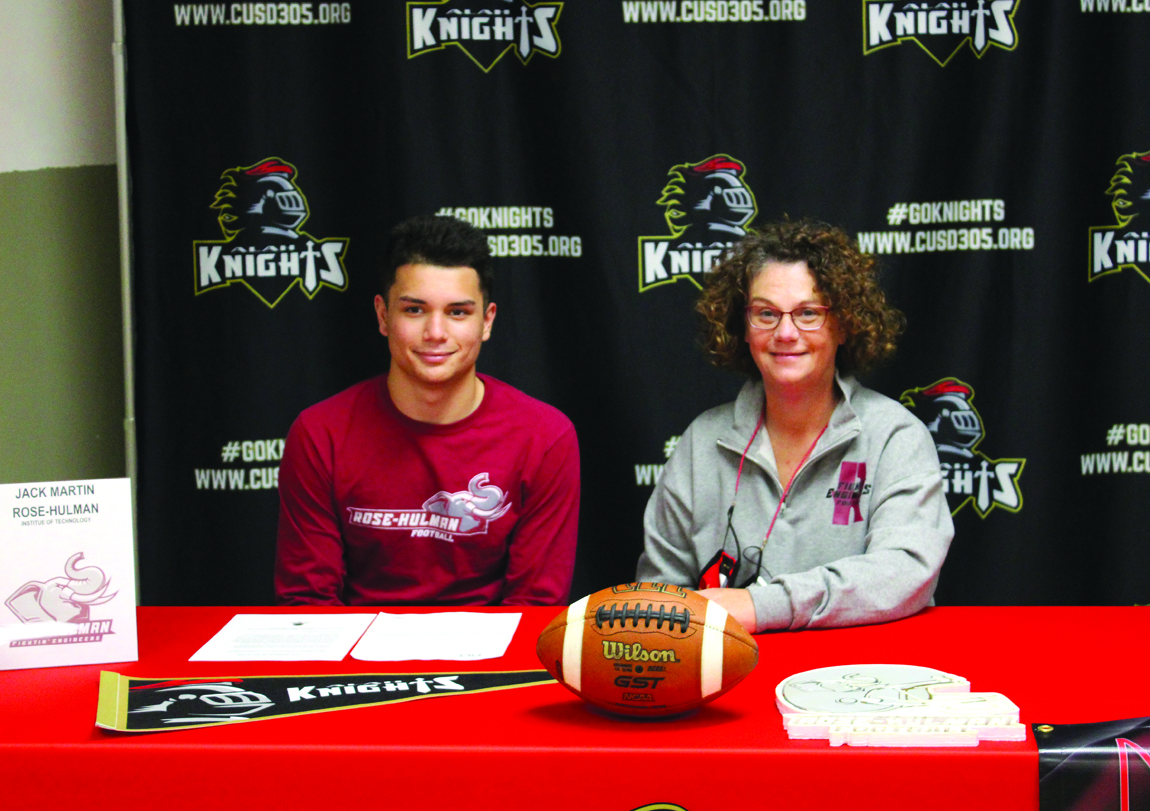 MARTIN TO PLAY FOOTBALL AT ROSE-HULMAN INSTITUTE OF TECHNOLOGY. Senior Football student-athlete Jack Martin, pictured with his mom, Kelly, committed to continue his athletic participation on the intercollegiate level at Rose-Hulman Institute of Technology. Jack will be playing linebacker for the Fightin’ Engineers who are coached by Jeff Sokol and finished the 2020 season with a 4-1 record. Jack plans to major in mechanical engineering at Rose-Hulman. Jack has been a four year varsity letter winner in football and has been an instrumental part of the Knights winning campaigns through the last two seasons. Jack has been a multi-sport athlete throughout his high school career and has also earned varsity letters in basketball and track and field. Martin’s personal football accolades include being a four year varsity starter and a two year team captain. As a junior, he earned LPC All-Conference Honorable Mention at offensive line and linebacker, as well as honorable mention News-Gazette All-Area and recorded 83 tackles. As a senior, Jack recorded 72 tackles in six games and was named LPC All-Conference First team at offensive line and linebacker and was named team defensive MVP and team C0-MVP. In addition to his athletic accomplishments, Jack has maintained a 4.0 GPA through his high school career, ranking him 1st in the senior class and he is a member of the National Honor Society.