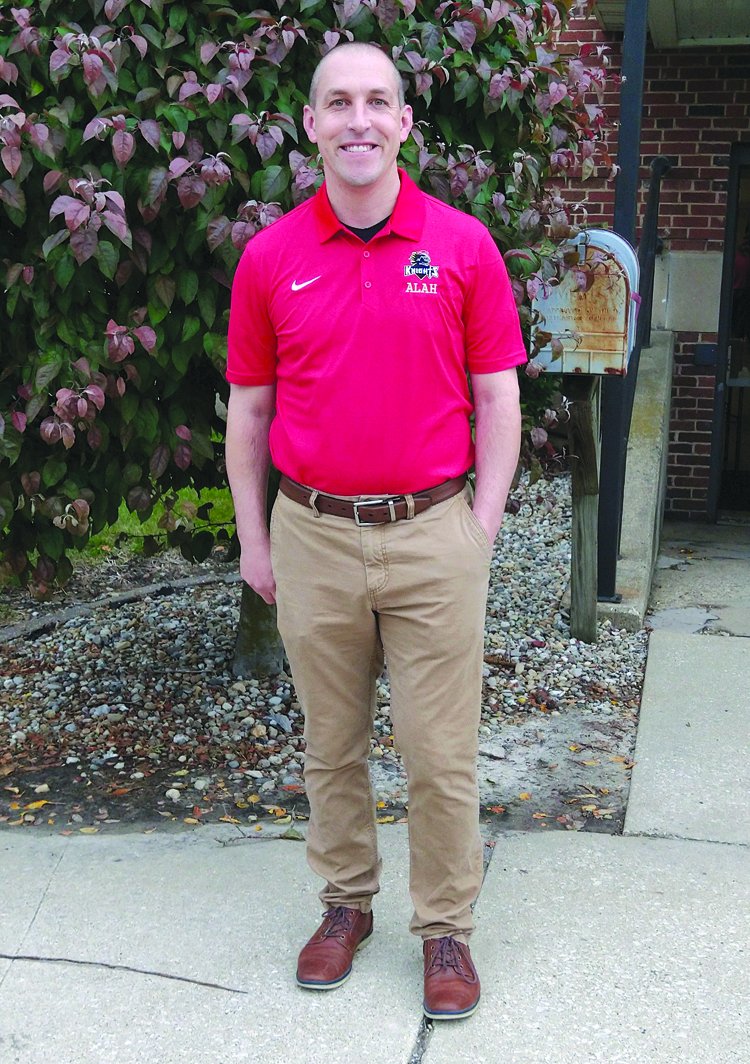 May 27 last day for school staff

Before the school board began their meeting this past Wednesday, May 19, two ALAH High School students, Wyatt Shonkwiler and Michaela Powell shared a landscaping project for the high school greenhouse that was complete with slides showcasing their ideas and examples.

Their hope is that this project will motivate students to use work skills outside of school and also get them to learn working in smaller groups.

Some of the landscaping ideas include purchasing a new trellis, stepping stones, containers and plant pots.

The students were looking for an estimate of anywhere from $961-$1,000 in donations, with most of the purchases being made at Home Depot. “I think it’s really amazing how you’ve taken ownership, initiative and pride in your school. It’s really well done. I am proud of both of you,” quoted Superintendent Shannon Cheek.

After the greenhouse landscaping project presentation, Shannon introduced the new Arthur Grade School Principal, Andrew Peralta, who will be starting for the school year 2021-2022. He is very excited to begin his new position and his family is looking forward to living in the Arthur community.

An amended FY21 Budget Hearing was held for a few subtle changes from the budget that was presented in April. There were some changes to the expenditures in the Education Fund and some reimbursements for a replacement of a student. The budget had been on display for the past 30 days. Later in the meeting, the board voted and approved the new budget.

During the treasurer’s report, Shannon announced that another transportation payment was received, but it still is one payment behind. The payment was from the previous fiscal year. The district also received a donation of a portable defibrillator valued at $1600. This will allow the district to be able to take it with them to athletic events, should it be needed. Arthur Grade School Principal, Sage Hale informed the board that J.D. Kuhns will be donating a tree to be planted next to Kara’s Bench at the grade school.

The district approved a two-year Co-Op Agreement with Arcola for golf and also renewed their annual. memberships with the IEHSA and IHSA. The costs for the memberships went up because of an increase in students. IHSA costs are $200 for each school.

Shannon also presented a financial report with a three-year projection along with some goal updates. He noted that there had been a steady increase in regards to the operating funds. Shannon informed the board that the district’s largest expenses are salaries. He estimated a standard increase in about 3% for salaries. The estimated operating fund balance for FY 2022 is about 3.4 million dollars and the estimated FY2025 will be about 5.5 million dollars. “We will continue to have this conversation each year to see where we are at and how far we are off,” said Shannon. “The district has done a nice job of being responsible with dollars and our plan is to continue with that,” he added. “The audit will help us find out if there are any adjustments we need to make and where we are at,” Shannon concluded.

In the Superintendent’s Report, Shannon reported that the district is still doing very good in its COVID numbers. As of last Friday, May 14, there were 22 students who had been quarantined due to close contacts. Since August 19, 2020, the district has had a total of 86 positive cases in students and 21 staff cases. Shannon stated that next school year, it is required by the state that all schools will have to be in-person. “I hope that there are some adjustments made with the tracing for the next school year and I am not sure what the mask mandates will look like,” he said. Shannon informed the board that May 27 will be the last day for school staff. There will be a special breakfast held for staff members that morning at 8:30 am.