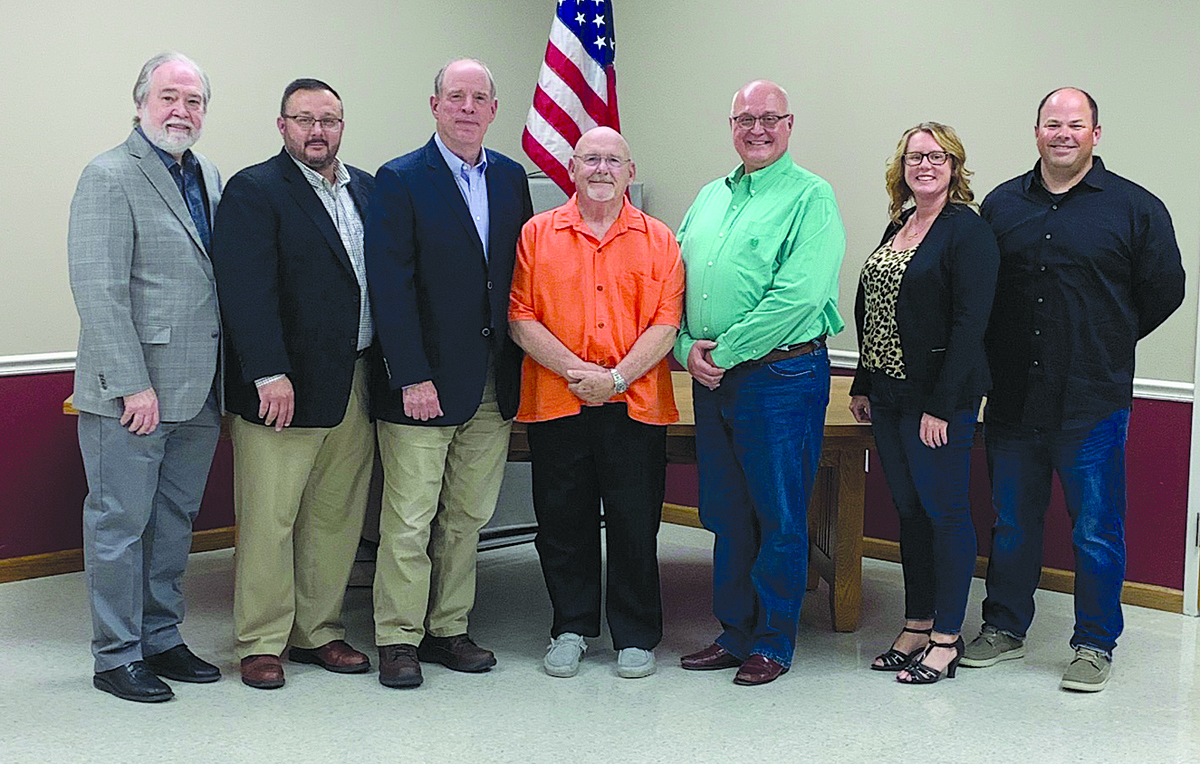 The officers for the Village of Arthur took the “Oath of Office” for the 2021-2022 year. Jim Fleming is a new trustee on the board who took the place of Jenni Marner. “I am looking forward to working with everyone,” he quoted. Mayor Rod Randal informed the board that Jim had worked for Agri-Search for 20 years and also spent 12 years on the fair board. “We are glad to have you,” Rod told him.

Mike Hilgenberg reported $274,298.29 for expenditures. There was no spending that was “out of the usual.”

Dave Tiffan informed the board that he had been receiving multiple calls about potholes in town. “We have some serious problems with the roads in Arthur. There are huge pot-holes in them,” he said. Matt Bernius replied by explaining that there are some future plans for oil and chipping on some of the roads, and that the village had also been short of manpower lately. Arthur has also been short on motor-fuel tax funds. “If there are issues, please let us know so we can address them,” Matt replied to Dave. Rod extended Matt’s reply by saying if there was a specific street and areas within Arthur, please let the village know so that those problems could be addressed.

Police Chief Michael Goodman stated that the department was now in the new fiscal year. He informed everyone that there would be a police committee meeting between now and the next meeting where he would be talking about the grant that he wrote for the new camera systems as well as upgrading the tazers.

For new business within the village, a quote of $4500 was approved for new cabinets to be put in at the new Waste-Water Treatment Center. The quote would purchase cabinets that were the most basic and durable. A new countertop purchase in the amount of $3,911 was also approved.

Storm Smith was hired as a part-time worker for the Public Works Department. His primary job would be to run the street sweeper around 3 and 4 am.

A TIF request in the amount of $13,600 was approved at 807 E Mill Street for building repairs and improvements.

Rod informed the board that he had received an email from the Chicago Tribune stating that they were covering a news article reporting that the 61911 zip code had the lowest rate in vaccines. It was stated that just a tenth of residents in the area had received the vaccine through mid-April. The Tribune asked Rod to make a statement towards that information. He stated that Arthur had a lot of individualism, there were people who deliberately didn’t want to get vaccinated and some members of the community stated that it would be helpful if their doctors or local pharmacies would have the ability to administer the vaccines. In the article presented by the Chicago Tribune, Rod quoted, “No amount of encouraging, or debate, or incentivizing will make a significant difference to many of the deliberately unvaccinated.” As of recent, the Douglas County area COVID cases have been significantly lower with cases averaging no more than 5 per day in the last couple of weeks.