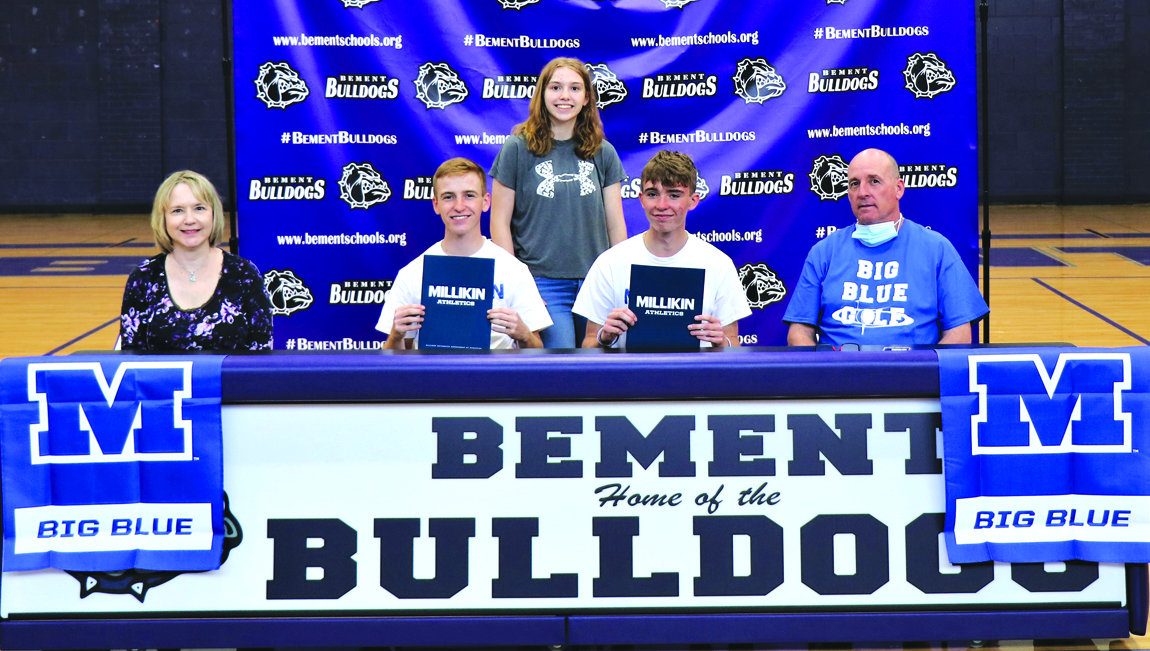 ROGERS TIMES TWO COMMIT TO MILLIKIN. On Thursday, May 6 seniors Luke and Zach Rogers signed their National Letters of Intent to play golf at Millikin University in front of family, friends, teammates, coaches, and administration. The twin brothers were the only two player’s on the Bement Bulldog’s golf team and their father Kraig Rogers coached them. Zach earned first-team all-area honors, won his Class A regional, placed 12th at sectional, and finished with a nine-hole average of 39. Luke, who placed second in the same Class A regional, made the all-area second team. Both will be majoring in business. Pictured is Marisa Rogers, Luke Rogers, Erin Rogers, Zach Rogers, and Kraig Rogers. 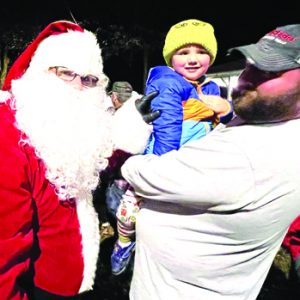 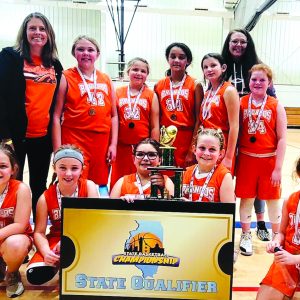