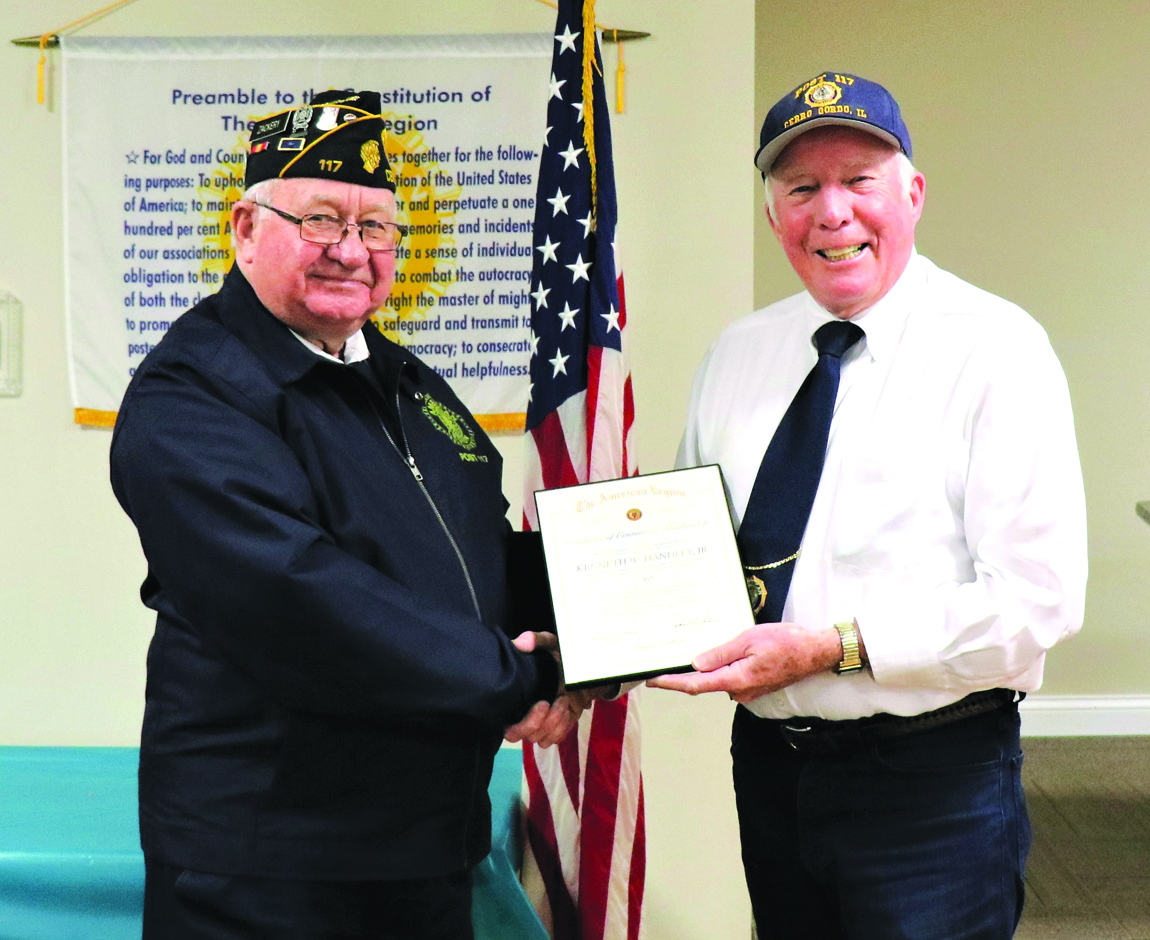 Handley Honored. The Cerro Gordo American Legion Post #117 honored Kenneth “Wayne” Handley, Jr for his 50 years of membership on Thursday, March 18 at their regular meeting. Post Commander Garry Zachary is pictured presenting Handley with his certificate. Wayne was one of the first to be a part of the Selective Service lottery to determine the order of call to military service in the Vietnam War for men born from January 1, 1944 to December 31, 1950. It was the first time a lottery system had been used to select men for military service since 1942. Handley was in the Army from April 1970 to December 1971 and served all his time at the Pentagon. Wayne’s father was a 40-year member of the American Legion and signed his son up to be a member in 1971. Wayne is retired after 34 years of teaching.