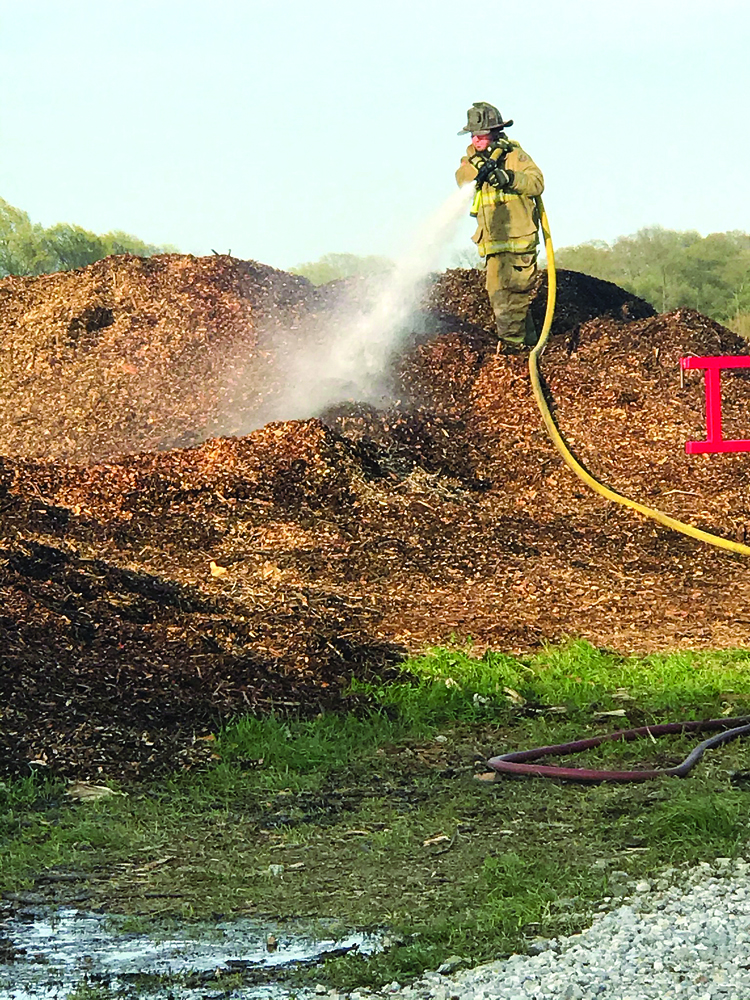 High winds and smoldering wood chips on Monday, April 26, complicated efforts by the Atwood Fire Department, assisted by the Arthur Fire Department, on extinguishing a fire at the rural home of Eugene Schmidt, owner of Trimmed Up Trees, northwest of Atwood. Atwood received the call at approximately 4 p.m.

Sparks from the smoldering chips blew over to the logs and caught the bigger logs on fire. Backhoes from Harris Co. and Honn worked in two different places to move the chips a little at a time and the firemen kept spraying them down with water. This continued until they were certain the fire and smoldering was out. The wind, which was approximately 40 mph, was relentless in firemen trying to stand up and hold hoses.

Schmidt said none of their buildings were in jeopardy.