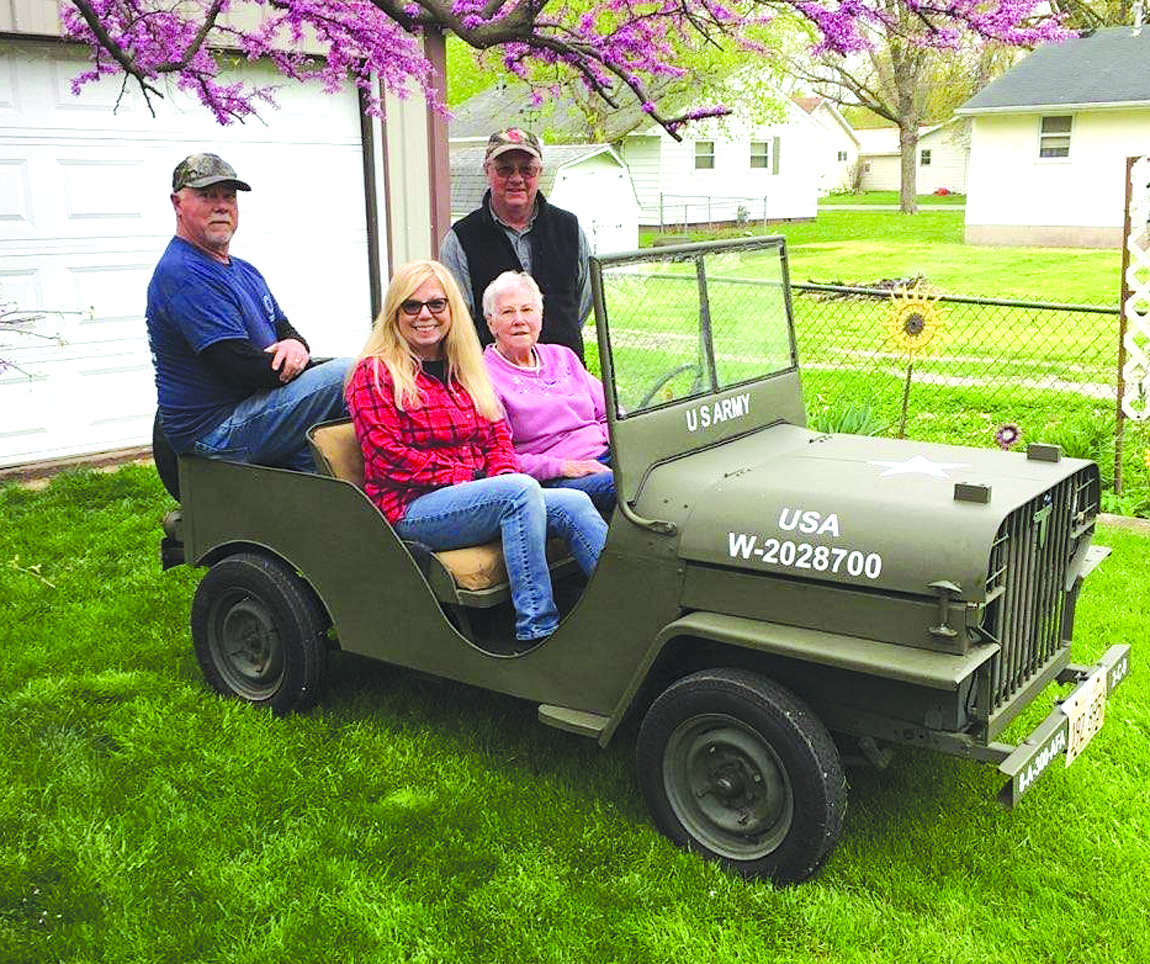 Tom Cearlock was a Korean War Veteran. He was young and full of dreams, and much later in life, he would accomplish one dream that he had wanted to do… And that was building his own military style jeep. But many years before, he spent some time in Korea.

In a previous article found online at http://www.koreanwar-educator.org/, Tom described the beginning of his army life.

“I very much disliked going into Army life at first. I did not want to go in, but I am so very glad that I did. I’m sure it made a better person out of me. I was a poor country boy who had not been away from home for any long periods of time ever. I had a new wife for three months before leaving for the Army. I was homesick at first but made my mind up to do my best. It never got easy, but I did learn to handle it,” he stated.

While the main part of this story isn’t just about his time in Korea, one must at least understand Tom’s history and time in Korea. Tom spent a lot of his childhood and teenage years living and helping on the farm and never really wanted to go into the army, but after being drafted, he didn’t have much of a choice. Tom left for basic training in January of 1953 after only being married for three months to his wife Gayle. They had married September 13, 1952 at a preacher’s home that was out in the country located on Rt. 185 west of Vandalia near the small town of Vanburensburg.

Tom quoted how he first felt when he arrived in Korea. “When I arrived in Korea in 1953, my first impression of the country was that it was a dirty, stinking, nearly destroyed hell hole. At the time I wondered what we were doing there. My attitude changed some and I felt sorry for the South Koreans, especially the little children. “

On November 10, 1954, Tom boarded the ship General William Mitchell to begin his journey home after his unit was told they could leave. He was on that ship for 14 days before they reached Seattle where he and many of his mates had gotten sea-sick because of the rough weather they encountered while at sea. Tom noted some of his thoughts when he arrived home.

“I thought that the first sight of US land was the most beautiful sight that I had ever seen in my life. It was very emotional to me and I think most everybody else, too. There was a lot of cheering and I’m sure a lot of tears, too. We came back into Seattle, Washington. There was a band there playing and some people too, but really not a large crowd. I was very proud of my country and glad to be back to it. It’s the best country in the world… It took some adjusting to civilian life from Army life upon returning home from overseas. It was so much less stressful, and I felt as if I should be doing something, but did not know what. My language had to be cleaned up a bit also. I had a little trouble just settling down to relax. I also had some trouble sleeping and had bad dreams and nightmares. I still have nightmares sometimes and blame some of them on my Korean experience, even though that has been nearly 55 years ago.”

During his retirement, it wouldn’t be until 2013, when Tom would buy his 1947 Crosley Chassis frame engine and a variety of parts from Texas. This would be the beginning of his dream of building a mini army jeep – which was a dream well earned. With a lot of hard work and the help of his two friends, Gary Roberts and Roger Yutzy, he would see it through.

In some of Tom’s handwritten notes, he wrote that he spent many hours planning, making parts, cleaning, painting and completely overhauling the engine. After starting with big sheets of metal, the body started to take shape. In his notes, he said that he and Gary took their first ride on August 5, 2013, but there was still a lot of work to do. Then, eight months later in March, 2014, Tom finished his jeep. His next goal was to get a title and a license. He did have some trouble when Springfield didn’t want to recognize it as a road ready vehicle, but after working some things out, he did get his title, license and insurance. On his note, Tom wrote: “My dream was accomplished 6-2014.”

He documented this journey well, taking photos along the way, and storing them in a small leather binder/journal with his notes. The journal itself still carries a scent that is similar to a car garage. The smell almost takes you back to those years Tom spent in his own garage building his dream. Even though Tom passed away a few years ago, his story still sends one simple message. “If you have a dream, you can make it come true when you put your mind to it.” Even if you might have to wait years, spend hours of planning or enlist the help of friends, it can come to fruition. Tom’s jeep is a symbol of hard work, careful planning and making your dreams come true.

With Tom being gone and his family not really having anywhere to store the 1947 mini-military vehicle on a Crosley frame and Crosley engine, it will be included in an auction to be held on May 3. The body, bumpers, seats, dash, grill, windshield and hood were all handmade. They are calling it “The Jeep-Sley.” You can have a chance to see the fine detail of Tom and his friend Gary Robert’s handiwork and also proof of one man’s dream that came true.