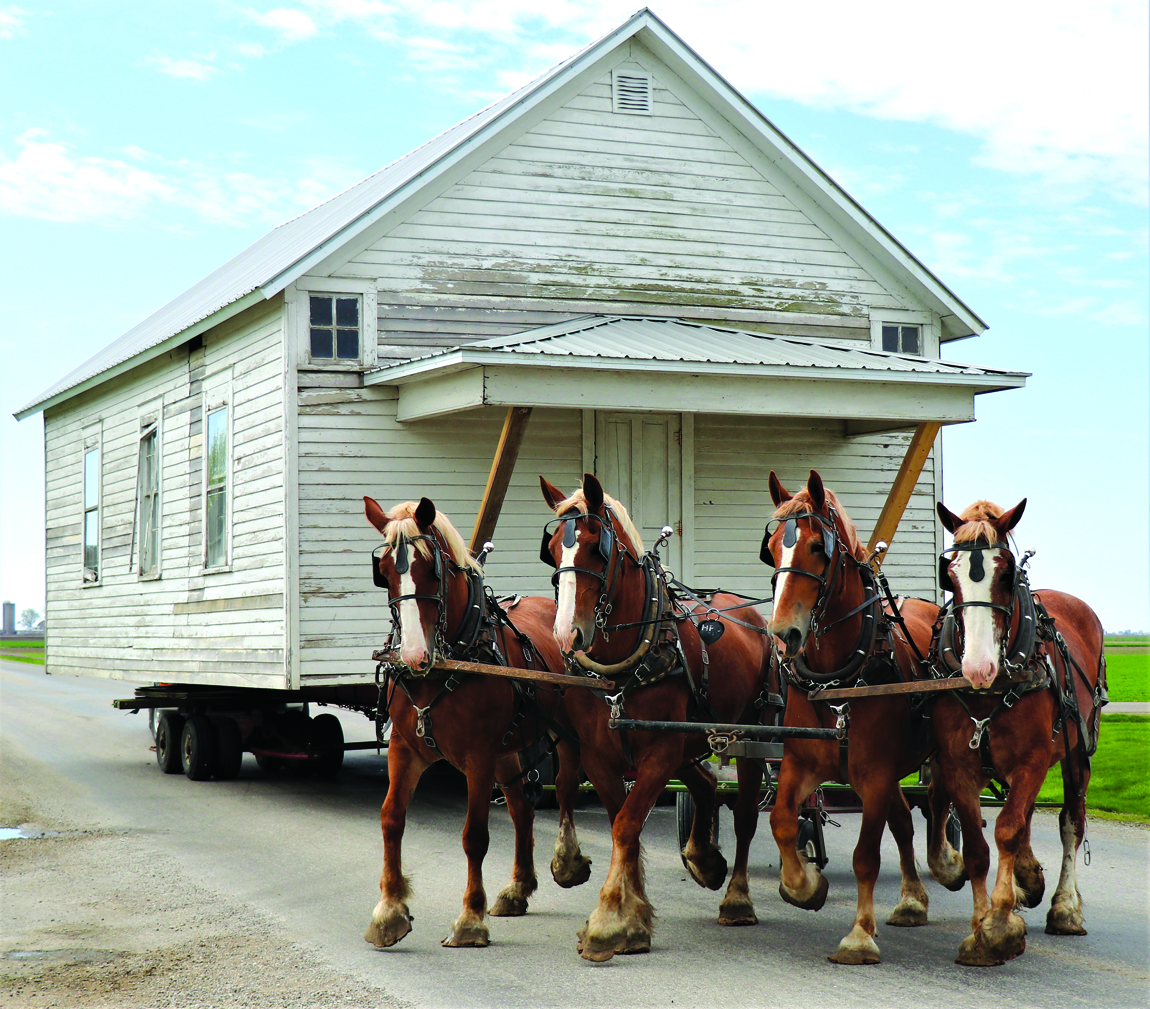 Part of Arthur’s Amish history was moved last Friday morning along Route 133 and through the back-roads to its new location at the Illinois Amish Heritage Center. The Miller German schoolhouse was built in 1920 and was used until 2002. In 2011 it was moved to the Miller farm two miles further west on Route 133 where it was preserved in its original historical condition by Karen Miller, whose father and grandfather taught in the school. After graduating 8th grade, the Amish youth would go there during the winter months to learn the German language as Amish church services are conducted in high German. The student and teacher’s desk along with the wood/coal burning stove and original granite-ware basin are still in pristine condition. Even the original paint is still on the walls and German lessons are written on the chalk board. Miller stated, “Today is very sentimental for me but this is where it belongs. I hope many former students will come visit and reminisce.” The journey began shortly after 9:00 am is the tractor pulling the schoolhouse onto Route 133 making their way through the countryside where keeping with tradition a four-horse Belgian hitch took over for part of the way and then switched back to the tractor as it arrived to its new home about three hours later.