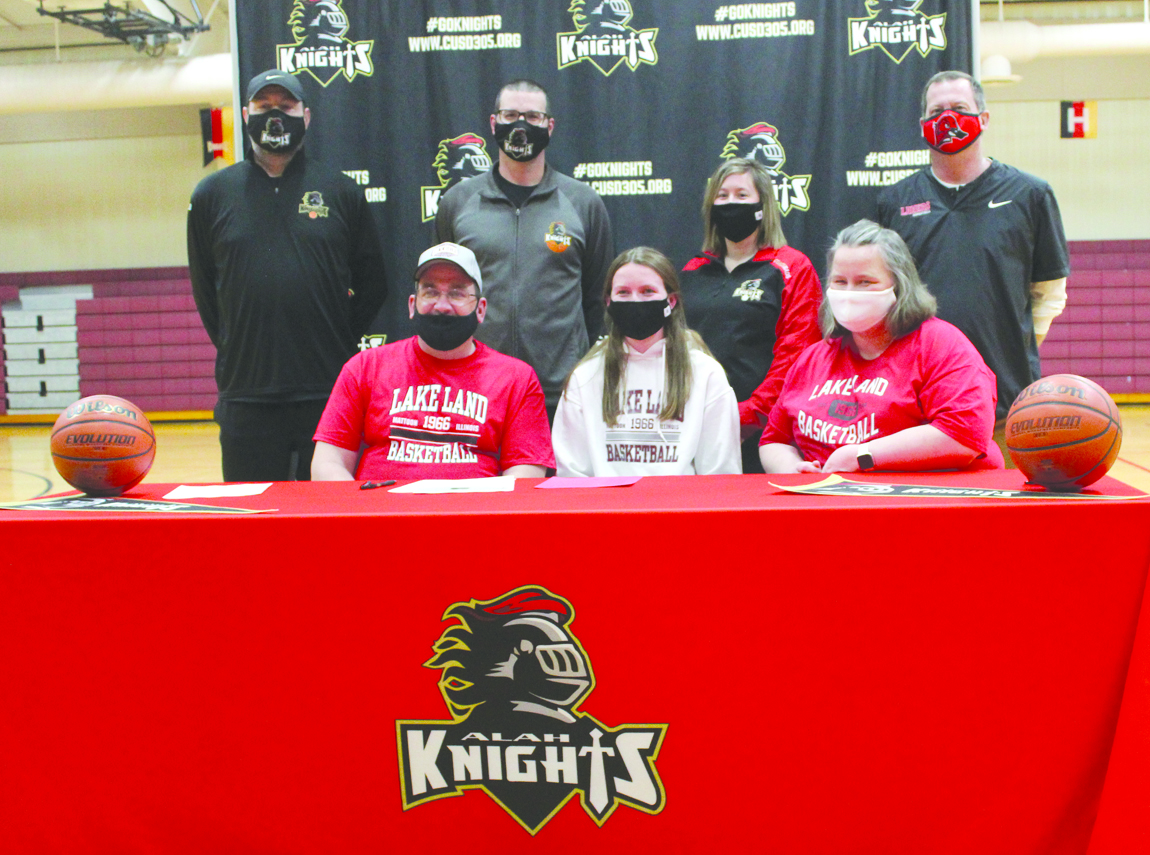 Mackenzi is pictured here with her parents, Ryan and Jami Bowles and her ALAH High School coaches from the left: Tracy Hood, Mac Condill, and Brianne Eads. On the far right is Lady Laker Head Coach David Johnson.

Arthur Lovington Atwood Hammond High School is proud to announce that senior girls basketball student-athlete Mackenzi Bowles will be committing to continue her athletic participation on the intercollegiate level at Lake Land College.

Bowles has been a four-year varsity letter winner in basketball and was an instrumental part of the Knights 14-2 campaign this season. She has been a multi-sport athlete throughout her high school career and has also earned varsity letters in volleyball, track and field, and cross country.

Bowles personal basketball accolades include: Second Team LPC All-Conference as a sophomore and a junior, and team awards including Most Improved Player, Defensive MVP, and Team MVP. Bowles has also served as a team captain for the girls basketball program.

Mackenzi is the daughter of Ryan and Jami Bowles of Atwood and plans to major in math education.