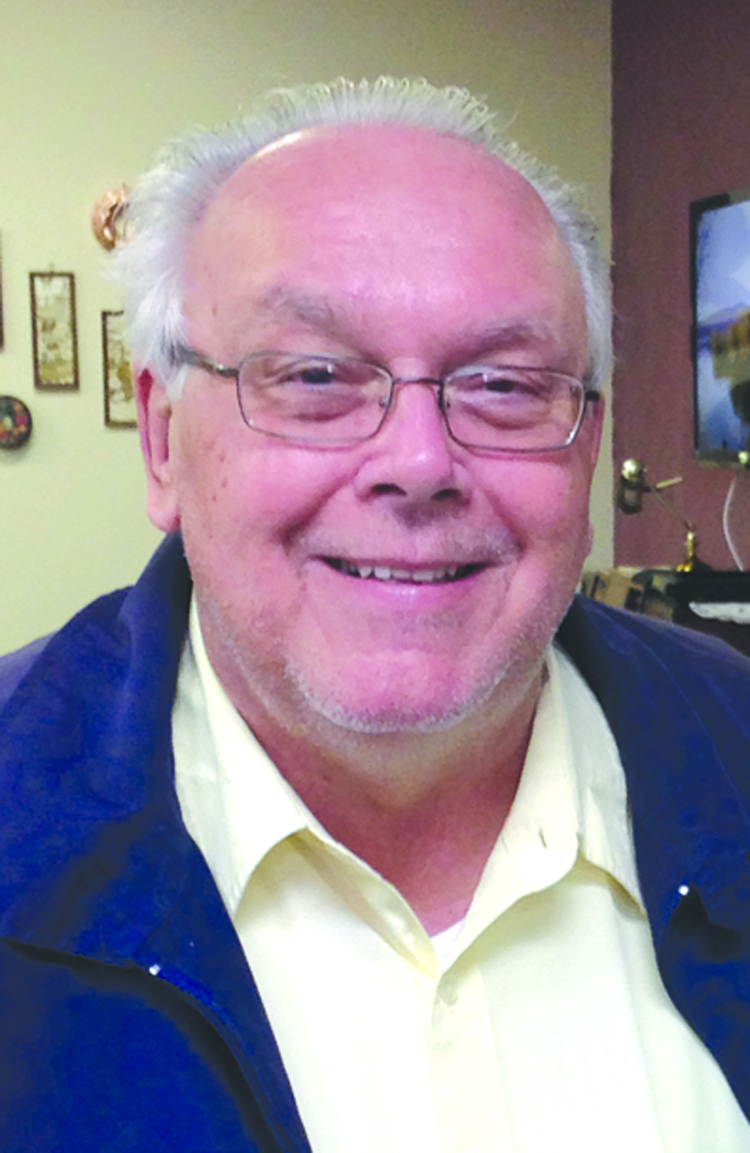 When you are a part of newspaper life, the ink seems to flow through your veins and defines who you are. Eventually, it will consume you. This is a part of what made Roger Bonham who he was. Roger was a man about town, someone people could count on to cover almost any event in the Arthur area. A sports event, school board or village board meeting, any of the many festivals in Arthur (or even areas around Arthur) you could find Roger with his camera and note pad in hand. There was always a smile and a cheery hello. Most of the time there was not time to have a long conversation because he was usually scurrying to hurry off to another event. But let me tell you, covering an event and taking pictures is only the beginning, then you sit down at your computer and try to put it all together. Many times, when I walked into the Graphic office I would glance in his small office and find him typing away surrounded by mountains of newspapers. I told him he was going to get lost in there one day. He would just give me a smile and go on typing.

Roger had surgery in July, 2019 and had many health issues from then on. For as long as possible Roger tried to keep up with what was going on. Being a reporter/photographer/writer just doesn’t leave you, it defines how you feel. The COVID-19 pandemic didn’t help things, when you are in and out of the hospital and in a care facility, things are shut down, a depressing place to be.

Roger passed away Sunday evening, March 14 after a lengthy illness. His illness and death have left a huge void in the Arthur community. Arthur Village President Rod Randall had this to say about his friend Roger. “Roger spent countless hours attending community events and meetings. He then spent long hours converting the action of those activities into the written word so that everyone could feel a part of it all, no matter if they lived locally or far away and just reading his articles in the Arthur Graphic. Roger’s dedicated and consistently positive newspaper reporting provided a significant source of information and communication that helps bring cohesiveness to a small community like ours. In fact, for years Roger was close to being unique in his ability to reach out to the public and showcase the best of this community, its people, and its goals and visions.” He continues, “On behalf of the Village of Arthur, the Village Board of Trustees, and the Village’s staff and employees, we offer the deepest condolences to Roger’s family for their loss. We feel that your loss is a great loss for our community as well.”

Arthurite Terry Clark, one of Roger’s many friends, stated, “You cannot put into words the monumental man that personifies Roger, but to all who really knew Roger there simply are not enough superlatives to describe his whit, humor and dedication he lived his life in. The heavens gained an admirable soul for all eternity. RIP good and faithful servant.”

I personally met Roger when he owned the Cerro Gordo News. I was editor of the Atwood Herald and there were times when our paths crossed. Roger and his wife Kathy, would exchange ads that were for each newspaper. I liked both of them, they were nice colleagues.

Roger began his newspaper career in 1978 as advertising manager and reporter at the Tuscola Journal after having taught high school English and Journalism for five years. He also served as managing editor of the Tolono County Star.

Roger joined the Arthur Graphic staff in 1992 to write news and feature articles. Gene Haney was news editor at the time. Prior to this position he was general manager and editor at Cerro Gordo. At that time, he had been in weekly newspaper publishing for 13 years, including five years as owner-publisher of the Cerro Gordo News and two years as owner-publisher of the Bement Record. As I said earlier, Roger had newspaper ink running through his veins.

Roger and Kent Stock were the guys surrounded by other “gal” employees at Better Newspapers. At Christmas parties they were always outnumbered, but held their own. Kent passed away almost two years ago. I am sure the two of them are discussing newspaper life as we read this.

Roger’s wife Kathy passed away in 2015, but he was fortunate to find his present wife, Susan (Benner) Collins on May 5, 2018. She has been a blessing to his life, along with his two sons, Patrick James Bonham and wife Donna of Atwood, and Jonathan Wayne Bonham of Champaign, and all the rest of his family. I had a couple of gals tell me the other day they missed seeing him when the restaurant closed in Atwood. He would leave his home in Atwood and come in the restaurant most mornings for breakfast. Then he would probably have an omelet and head for his second home, the Arthur Graphic Clarion, and the community of Arthur.

The service for Roger last Friday was beautiful. The eulogy by Bob Crossman, an old and dear friend of Roger, was very touching. Roger would have been pleased with the kind words spoken about him.

“The Bonham Line” column Roger wrote each week is now a memory, but he leaves a legacy of great stories he has written, pictures he has taken and lives he touched for so many years. Using an old newspaper ending to articles, this is a thirty (-30-) for Roger. Thank you for being a part of so many communities, especially Arthur & Atwood, for so many years. You will definitely be missed.