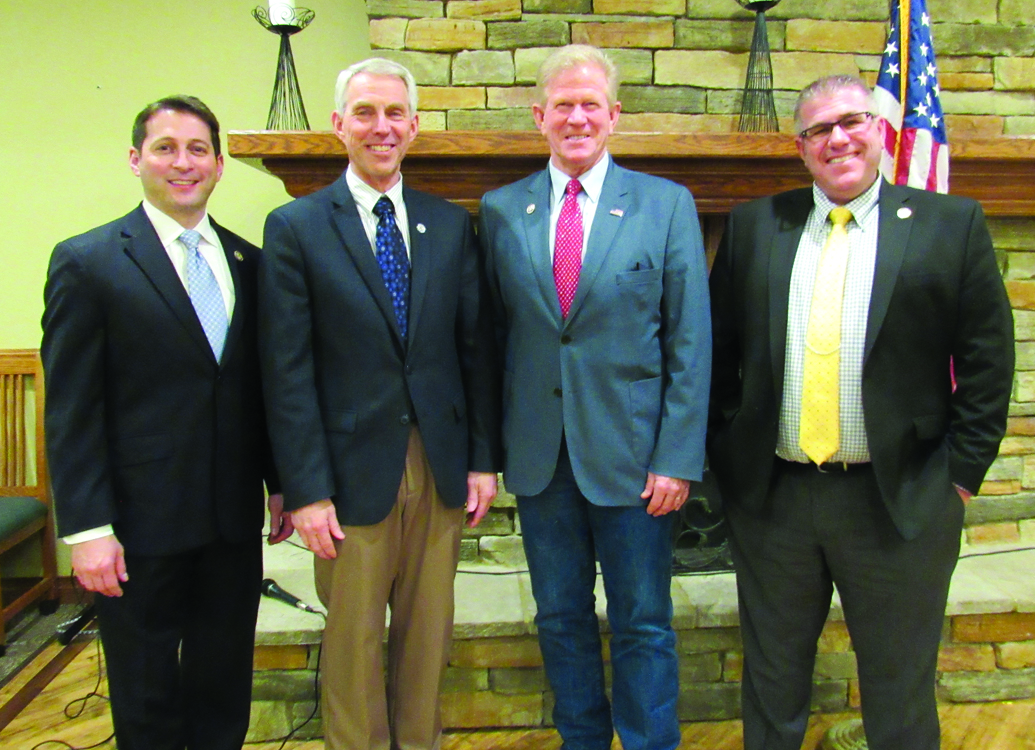 Pictured are those in attendance representing the Illinois state government: Jason Barickman, Brad Halbrook, state representative from Shelbyville for the 102nd District; Chris Miller, state representative from Oakland for the 110th District; Darren Bailey, state senator from Louisville for the 109th District who is also a recently announced candidate for governor in next year’s election. Chapin Rose, state senator from Mahomet for the 51st District also attended but had to leave early and was not available for the photo.

Kaskaskia Country Club between Arthur and Arcola was the site for the annual Douglas County Lincoln Day Dinner on Tuesday, March 9. About 50 people were in attendance and all enjoyed a delicious meal prepared by the staff of the Club.

The Douglas County Republican Central Committee hosted the event for county Republicans and other guests. Scott Harris, Atwood, is chair of the DCRCC. Jason Barickman, senator from Bloomington for the 53rd District was the guest speaker.

Barickman has quite an interesting story in that he was born in Streator to a single mother who had moved from Chicago in order to give her son a better life.

She went to school to become a nurse and in that capacity she met a local farmer while treating him in the emergency room. That man became her husband and the man Jason calls ‘Dad.’

Senator Barickman has also served in the Illinois National Guard and is a graduate of the University of Illinois College of Law.

He spoke about the fact that our state is at a crossroads and the importance of finding the way out of the problems that are hurting Illinois and its citizens.