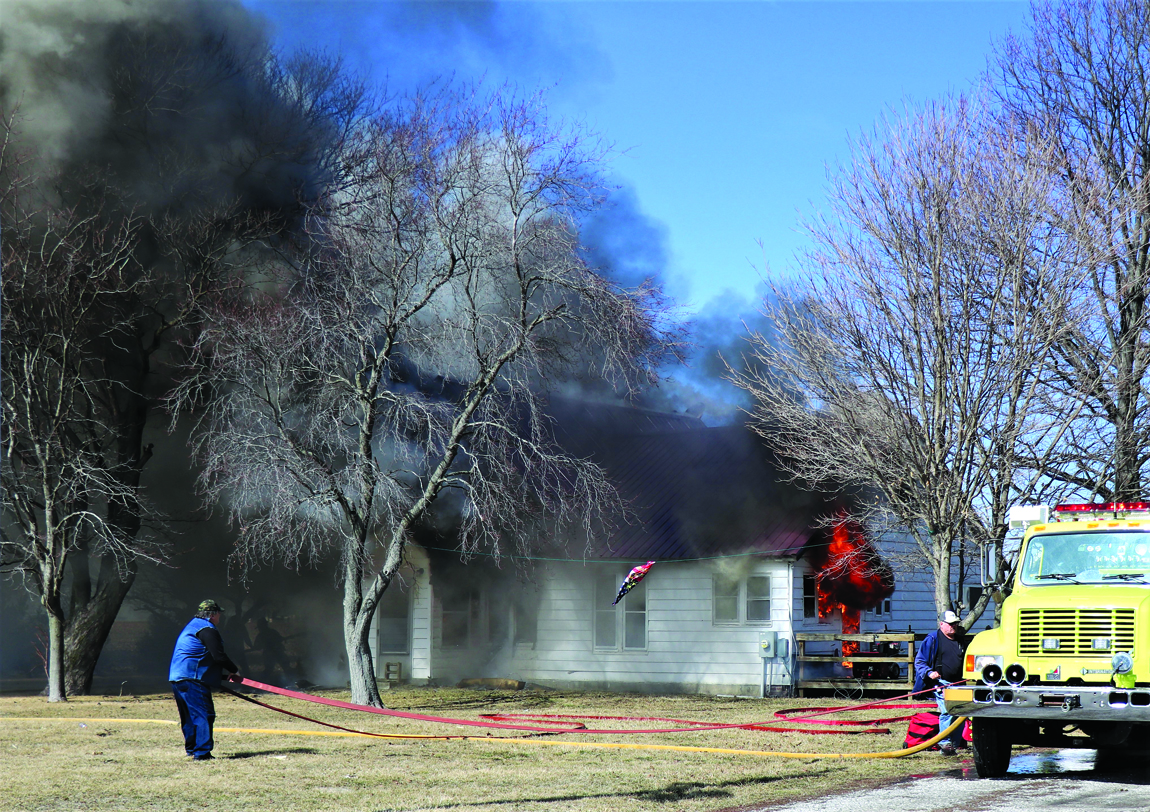 The home of Virgil & Marcena Shockley was a total loss from a fire on Friday, March 5. No one was home when the fire started. Exact cause of the fire is unknown.

The home of Virgil & Marcena Shockley, west of Atwood, was a total loss after a fire on Friday, March 5. According to information from Atwood Fire Chief Joe Dukeman, the Atwood Fire Department was called to a structure fire at approximately 2 p.m. Dukeman said he went directly to the fire and the fire truck was right behind him. He said the house was fully engulfed when they arrived.

No one was home when the fire started, but Mrs. Shockley arrived home from work soon after. When she opened the door, the dogs ran out, but two cats, a bird and a snake perished in the fire. Mrs. Shockley saw the smoke on her way home, discovering it was their home. A passerby called in the fire.

Chief Dukeman said the house had a metal roof and it is hard to work with because it holds in the fire. The fire was burning under the roof and the department called Yoder’s Excavating to remove the roof. He said the fire started in the northwest corner of the home, but exact cause of the fire is unknown at this time. Dukeman said they were told the wiring was old and the house is older.

Dukeman was it was a hot fire and that a fire can double every minute. The couple was able to salvage very little from the home.

According to Dukeman, the fire was under control in about an hour with Atwood, Arthur and Hammond Fire Departments fighting the fire. Arrow Ambulance was on stand-by if needed. Dukeman said they were at the scene about 3 ½ hours.

On Saturday night, the fire rekindled and Atwood and Hammond Fire Departments again battled the fire. Yoder’s Excavating assisted in allowing access to the hotspots.

The home was owned by Benjamin Stutzman of Sullivan and was insured.